The winning concept—developed by civiliti + Mandaworks (Sweden) and SNC Lavalin, in collaboration with Lasalle-NHC, UDO Design, Biodiversité Conseil, Lamontagne Consultants and ÉVOQ—aims to “bring nature to the heart of downtown” by including water and plantings in a newly pedestrianized precinct, in line with the city’s goal of increasing its tree canopy. 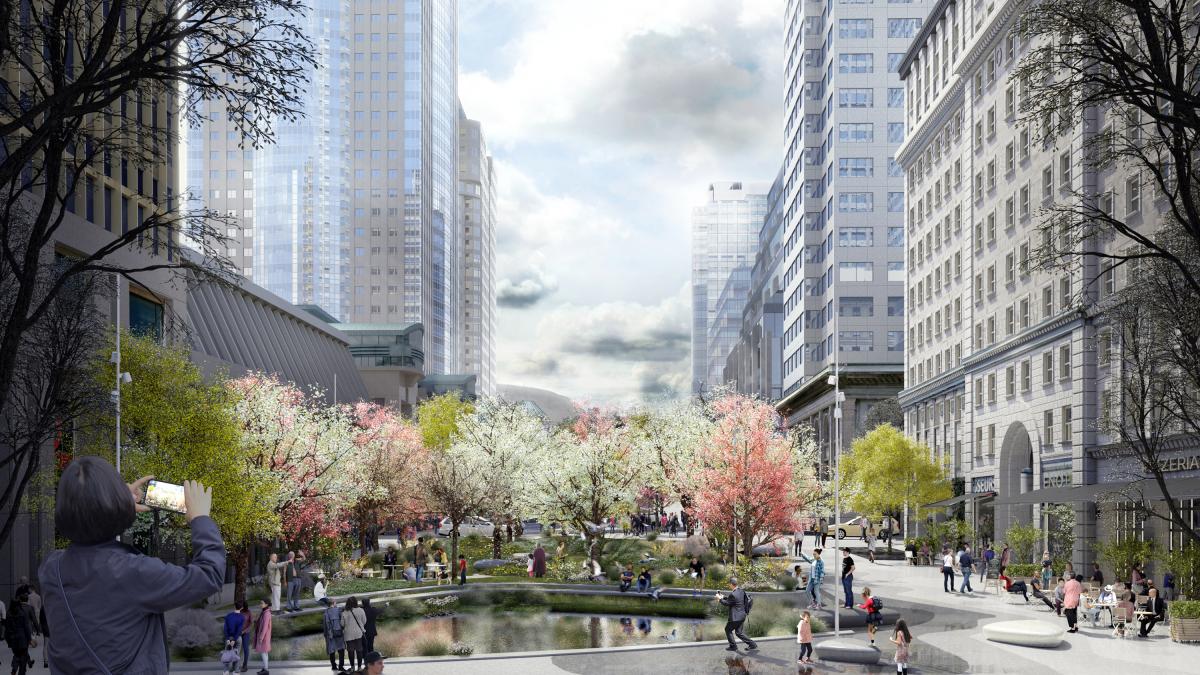 Located in the heart of downtown, Avenue McGill College connects McGill University (to the north) to Place Ville Marie (to the south). Students, workers and tourists travel along the corridor every day.

Avenue McGill College is bisected by the redesigned Rue Sainte-Catherine Ouest, and also adjoins the downtown arrival point of the Réseau express métropolitain (REM). To the south is the revitalized Place Ville-Marie and its esplanade, and nearby is the renovated Eaton Centre.

Makingmtl.com reports that the avenue will be transformed into an “imposing public space spanning its entire length, from Rue Cathcart to Rue Sherbrooke.” The winning team was mandated to create the detailed project design and to develop plans and specifications for the completion of Lot 1 (Cathcart to De Maisonneuve).

This vision is reflected in the following five development objectives, according to Makingmtl.com:

The final design concept will be presented in the spring of 2021. Construction is scheduled for 2023-2024.