According to the City Plan, Edmonton will likely grow from 1 to 2 million people over the next forty years.

Canada’s population is expected to grow significantly within the next few decades – an increase of 38.2 to 52.5 million from 2021 to 2043. Alberta alone anticipates to house 6.4 million of this population by mid-2040, roughly a 1.9 million increase from its current context. If these national and provincial projections are any indication, it is safe to say that there will be a lot more Edmontonians in the future.

According to the City Plan, Edmonton will likely grow from 1 to 2 million people over the next forty years. With Edmonton set to become home to at least one million more people, it is imperative that the city continues to think about accommodating that growth in an inclusive and sustainable manner. It is equally important to learn more about those choosing to call Edmonton their home, and how to meet their needs. 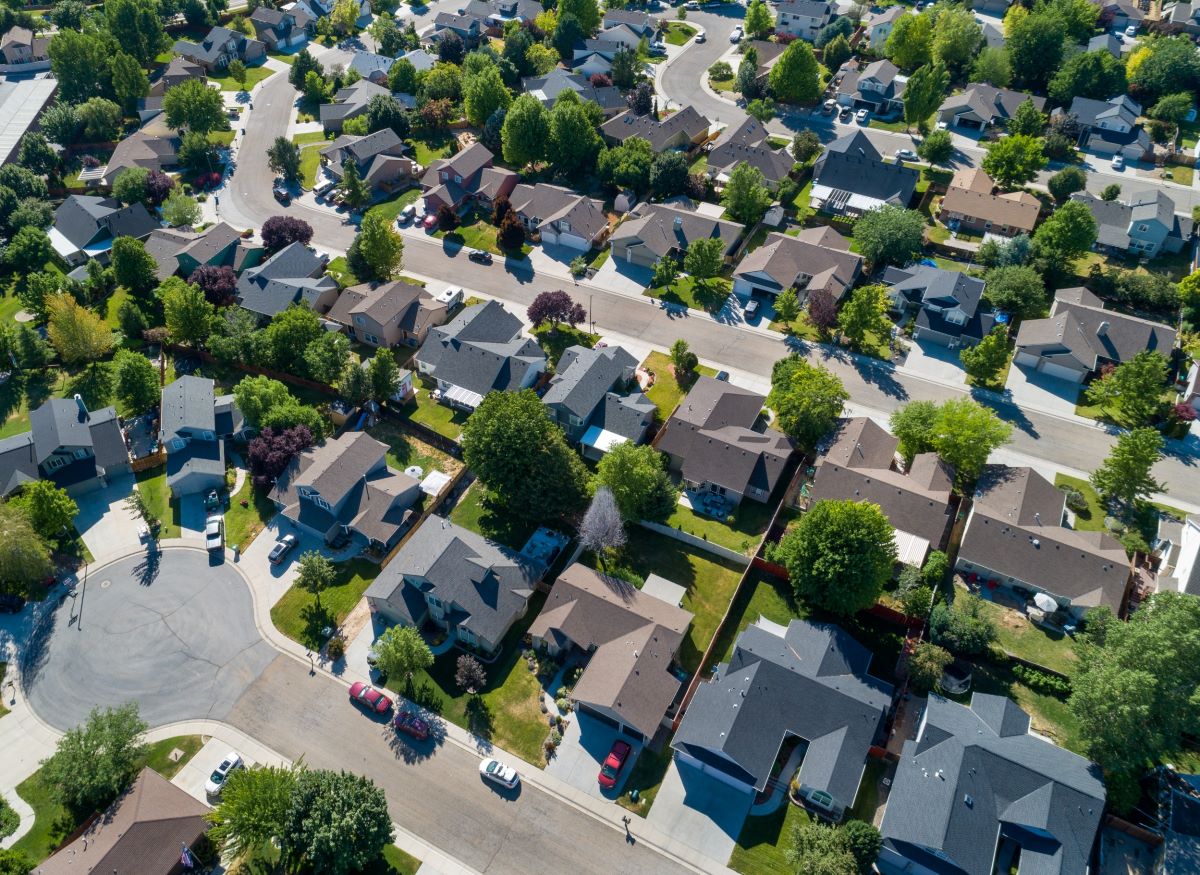 Canadian cities are set to house many more immigrants

In Canada, immigration is projected to be the main catalyst for population growth in the coming decades. Of the 52.5 million people that are set to live in Canada by 2043, around 25 million are estimated as either being immigrants or children born in Canada to immigrant parents.

Similarly, Alberta is set to become increasingly diverse, with 54% of the expected population growth to originate from people born outside of Canada, by 2046. Furthermore, people are set to become more concentrated in urban centers. 80% of Albertans will reside in the Edmonton-Calgary corridor1 by the end of 2046.

Canada’s population is changing, and we are set to welcome more immigrants in Edmonton. We need to be prepared to accommodate their needs in the spaces and places they live.

Suburbs are more diverse than ever before

“Immigrants are settling directly in suburban areas,” said Dr. Sandeep Agrawal, Director of the School of Urban and Regional Planning at the University of Alberta.

There has been a growing trend of immigrants choosing the suburbs as their home. In fact, since 2001, immigrants have and continue to choose the suburbs over large urban centers (Statistics Canada).

“Immigrants have created their own economies, with ethnic grocery stores, clinics, and other businesses in the heart of different suburbs,” Agrawal added.

Such accommodations pave the way further for newer immigrants to settle into the suburbs.

Why are immigrants settling into suburbs, especially in Edmonton?

Edmonton’s affordability is cited as one of the most important factors of immigrant settlement—placing third in the world’s most affordable housing markets. Vancouver and Toronto are ranked in the top five least-affordable cities globally next to Hong Kong and Sydney.

“It is no accident that people are flocking to Edmonton and calling it home,” said Kalen Anderson, Executive Director of the Urban Development Institute (UDI), Edmonton Metro. “Here, people can find the rare combination of attainable housing and well-paying jobs.”

She adds, “As Canada attracts more people from around the world each year, Edmonton needs to protect and leverage this advantage.”

Anderson and developers continue to push for policies and regulations that create connected communities in all areas of the city, with housing, amenities, and services within close proximity to one another.

Kevin McKee, CEO of Pangman Development Corporation, supports UDI’s goal of creating connected communities—stressing the importance of creating spaces that allow people to “live in the community rather than just to sleep in it.”

Creating a sense of belonging

Greg Dewling, President and CEO of University of Alberta Properties Trust, believes the most effective way to create an environment where people, especially immigrants, can feel a sense of belonging is to engage in a “robust engagement process, one that is sensitive to their needs and considers their vision of what home is.”

While preparing a city for immigrants, Dewling notes that it is important to consider the multi-generational family dynamics that they grew up with.

“We realize that a higher share of foreign-born Canadians and residents live in a multigenerational family home,” said Dewling.

Dewling highlighted the inclusion of additional bathrooms as one of the ways to accommodate such households.

The effort to move towards larger units has been a point of consideration for both Dewling and McKee in their projects.

“We look at what immigration is going to look like in Canada and what percent of that population may choose Edmonton,” said McKee.

He says that while the economics for three-bedroom or larger apartments have often been considered unfeasible, the immigration forecasts and the anticipated rise in demands have compelled a re-imagination of what has been the status quo.

One of the ways in which developers are disrupting business-as-usual is with the acknowledgement of responsibility to design communities with multigenerational homes in mind so that they are accessible for all, especially those who rely on care and consideration of others.

McKee talked about the consideration for children and the need to incorporate amenities that support parents while they have educational or professional obligations.

“We consider leaving space to a daycare in our projects, as childcare or daycare opportunities are important for families,” McKee explained.

On a similar note, Dewling said that more dwellings must be designated adjacent to schools and parks for easier access to and from childcare.

A dynamic that is unique to immigrant households is the responsibility of grandparents to take care of children while their parents are away at work or school. How are communities shaping up to be more accessible to them?

“New Canadians choose to live in the suburbs to be closer to ethnic concentration,” Dewling noted. “For this reason, we have to focus on building communities within the community.”

He voiced a significant need for walkability, so that individuals are able to access amenities with ease. He supports the push towards amenities that are offered to tenants but also serve as gathering spaces that welcome the community in.

McKee also shares his view that social areas must be more welcoming. “There needs to be flexibility in seating in common/social areas to accommodate residents of all ages,” McKee added.

Neal LaMontagne, an urban planner and professor in the School of Urban and Regional Planning, discussed a city-at-play during this year’s Edmonton Design Week. In his talk about planning for joy, community, and well-being, he cited that “children like to play on the edges of playgrounds, often chasing after bugs, creating sensory experiences with the sand or wood chips.”

Working with planners in the city, McKee and Dewling are focused on how to strike a balance between structured and unstructured play, despite space constraints, as Edmonton grows.

“We have increasingly been thinking about the ideas of programmed and non-programmed play,” McKee said, in regard to how residents across different age groups can be more active.

“This type of amenity is flexible and will appeal to multi-generational users,” McKee added.

Introspection and lessons for a growing city

My immigrant family and I ventured into the suburbs a few short years after our arrival to Edmonton. However, in recent years, there has been a growing trend of immigrants from the Nepali community who are settling directly into suburbs. This trend is similar across immigrants of all backgrounds. The reasons are closely related to the affordability of Edmonton, but also the efforts made by developers and other stakeholders alike to understand immigrant families and cater to their needs.  A few takeaways for me after my conversations with city builders in Edmonton are as follows. 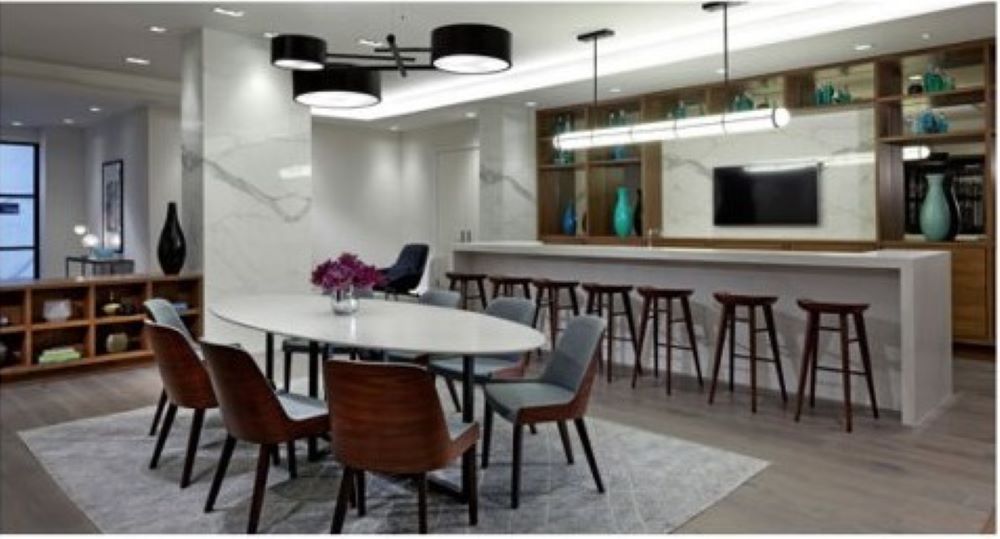 I believe Edmonton is a welcoming place that can meet the moment of our generation—in creating spaces and places that accommodate immigrants to Canada. A city that allows people, of all backgrounds, to build their lives and futures. This month my family celebrates nine years of our arrival in Edmonton, and we cannot imagine any other city where we would start our lives as new Canadians. I am confident there will be Edmontonians just like me, a decade down the line, reflecting on their arrival to Edmonton with a feeling that this city embraced them with open arms because it was prepared to welcome them home.

Ashwini Gadtoula is a recent graduate of the University of Alberta. She has a keen interest in urban planning, particularly the ways in which planning can be used as a tool to counteract spatial inequalities and improve access to the city.

Listen and Learn in Point Douglas: the Bizindaadiwag project

“Keekagin, the thing you look for to steer when you are lost”: Healing and Building…