WINNER OF A 2020 CANADIAN ARCHITECT PHOTO AWARD OF MERIT 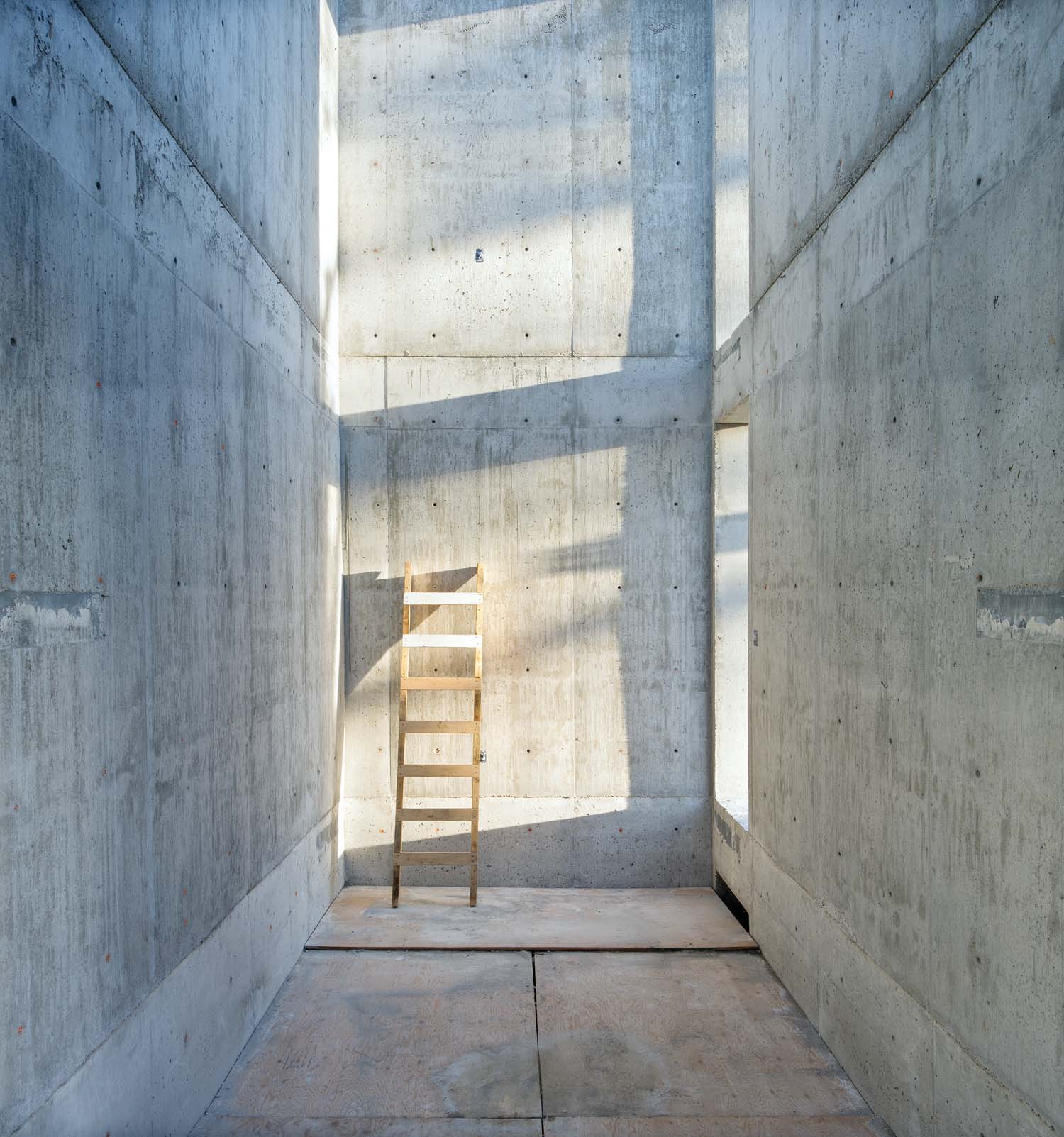 “I like the emotion of this image—the ladder is a small wood structure against this solid concrete box. There’s the idea of something very strong and something very fragile at the same time. It’s also a very particular moment: an hour after that, the ladder is gone, the photo doesn’t exist anymore.” – Stephan Chevalier, juror

This image is part of a photographic series titled Construct, which focuses on the creation of human-built space before it has reached its intended purpose. As seen in these photographs, the soon-to-be occupied spaces show no evidence of everyday use, and exist as decontextualized structures made purely of raw materials. The resulting ambiguity brings into play the viewer’s own tactile experiences of concrete, drywall, steel and brick.

By turning the subject matter into a unique sculptural version of itself, I hope to strip away visual references to each space’s function. To describe these photos, I often use the conceptual model of a museum diorama, where the constructed nature of a scene takes prominence. This series of images creates a new stage from which to view the human-built world: one where the building blocks form the structures for an imagined space. Instead of seeing a building’s intended use as, for example, a school atrium, viewers could just as easily envisage an obscure archeological site from the past, or a science fiction film set in the future.