The University of Toronto has released new renderings highlighting the plans for ‘The Partnerships in Innovation and Entrepreneurship Complex,’ which is set to rise at the northeast corner of College Street and University Avenue in downtown Toronto, just south of Queen’s Park. Designed by New York-based Weiss/Manfredi Architects in collaboration with Toronto’s own Teeple Architects, the 14-storey building would replace the western portion of the existing Banting and Best complex, which currently houses the university’s ‘U of T Entrepreneurship’ hub.

According to the University of Toronto’s website, “The PIE Complex Phase 1 is to be the first new building on 112 College Street (Best Building) on development Site 14. The anticipated building massing consists of a tapered 14-storey tower (Mechanical Penthouse not included). Occupants will be University of Toronto Entrepreneurship (UTE), the Innovations & Partnerships Office (IPO), the Vector Institute of Artificial Intelligence (VIAI) as well as Office/Start-Ups space.” 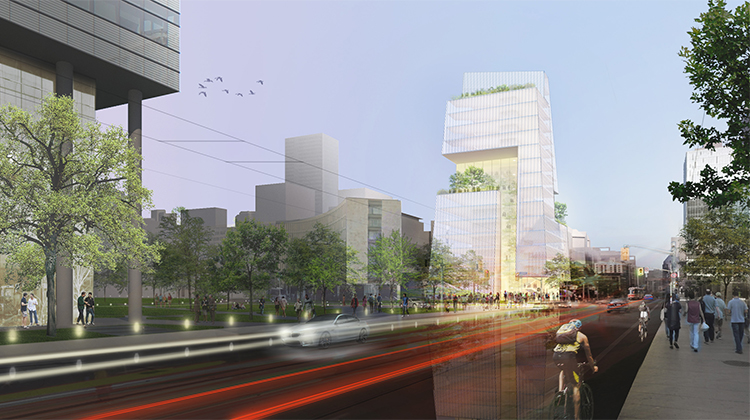 “To encourage cross-collaboration will be programmatic shared spaces distributed vertically through the building consisting of: an atrium, multiple instructional spaces including a large multipurpose room, shared meeting rooms, lounge spaces, and a café, all serving to foster exchange and build a community of entrepreneurs and innovators,” the University of Toronto website explains. 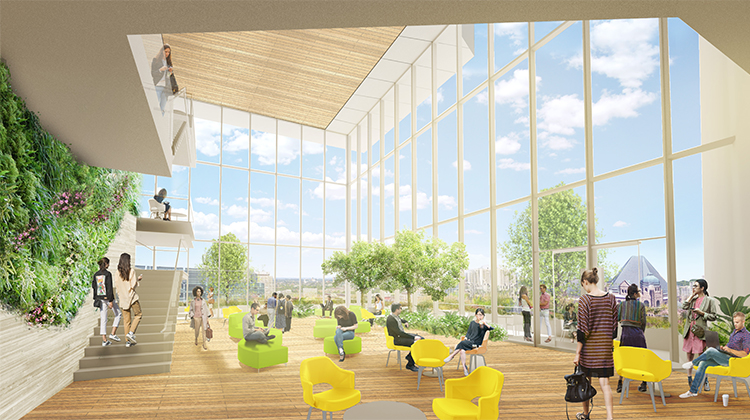 Images via the University of Toronto. Additional renderings of the project are also available via the university’s official website, linked here.