To mark the University of Windsor’s 50th anniversary, the school engaged +VG Architects to create a campus master plan for the Ontario institution with a vision for the next 50 years. The plan, presented in 2013, aimed to enrich the student and community experience, update the feel of the campus and make the university more competitive. 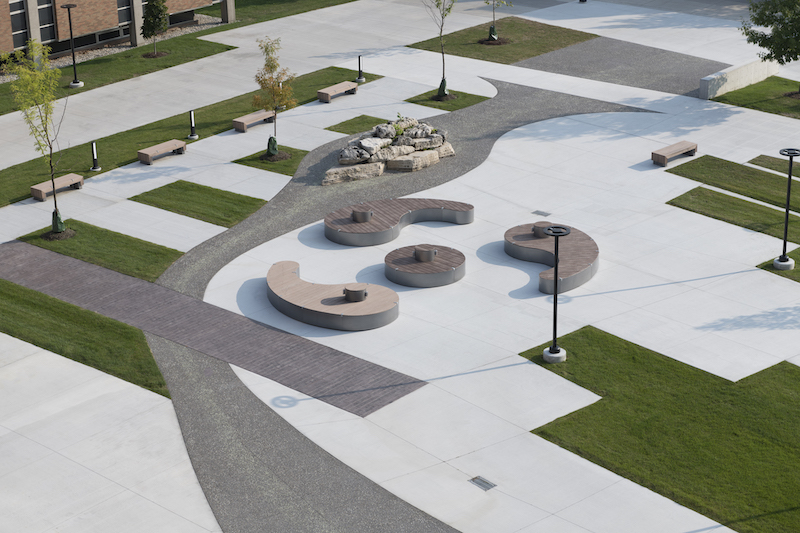 The first phase of the plan has been completed. +VG revamped an anonymous desert of parking lots facing the backs of buildings and their service entrances into an inviting pedestrian realm with hospitable, human-scaled spaces that engender a sense of place and arrival. 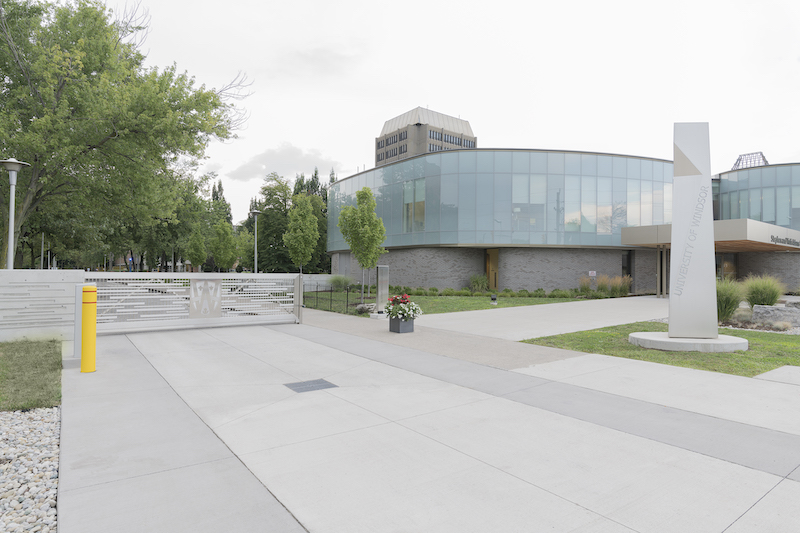 “We’re transforming the campus into more of a green space by weaving the formerly disconnected open spaces together to make a better, more cohesive campus environment,” says project architect Deb Westman, Senior Associate at +VG’s office in Brantford, Ont. “It was important to create a more student-centred campus environment with places for work, study and play. 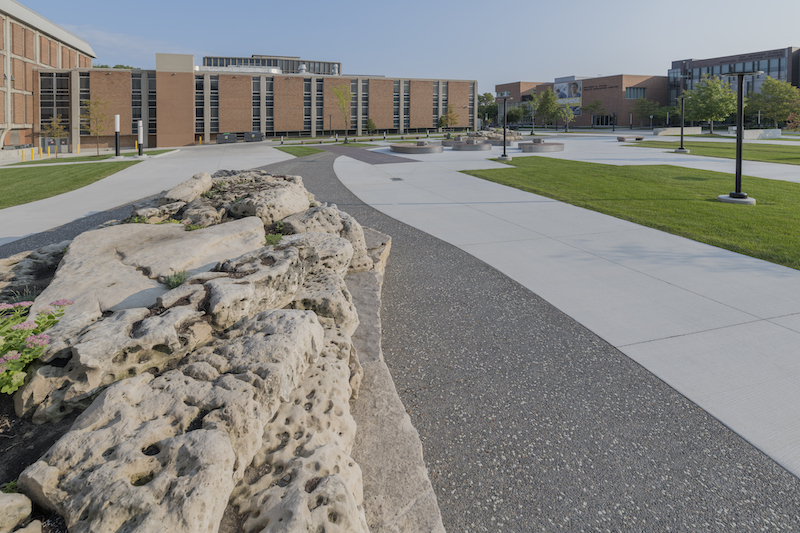 “Parking lots were moved from the interior of the campus to new parking areas and structures on the perimeter, which makes the central campus more pedestrian- and student-friendly,” she adds.

“We designed unique student-experience areas, including an outdoor stage for events, and custom furniture, called pods, for outdoor study and collaboration that support laptops with Wi-Fi and charging stations. They’re certainly getting used.”

Most of the master plan’s seven zones in Phase 1 have been completed over a period of five years. In the most recently completed construction stages, Turtle Island Walk, River Commons and Welcome Centre Commons weave new pedestrian pathways as part of the Discovery Route. 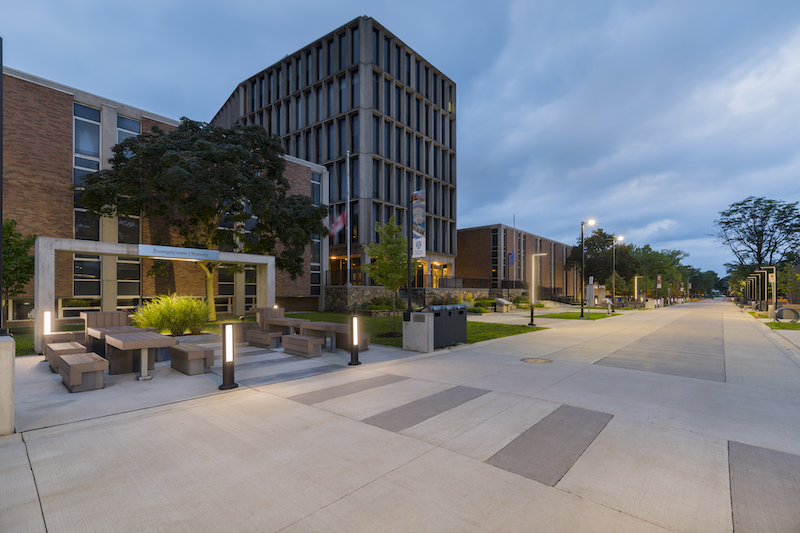 Enhanced with lighting, landscaping and signage that lead to hubs of activity for recreation, cultural displays, events and casual gathering spaces with seating, the route also creates places for future sculpture and gardens, linking with the riverfront Windsor Sculpture Park. The plan also heightens the sense of arrival on campus with impressive gateway signage and welcoming points of interest.

The David A. Wilson Commons (previously Community Commons), formerly a parking lot, boasts a basketball court, benches and a ping pong table. These facilities are usable by neighbourhood locals as well as by university students and staff. By breaking down the “town vs. gown” barrier and giving locals “skin in the game,” the neighbouring citizenry is motivated to act as the safety-enhancing “eyes on the street” described in Jane Jacobs’s iconic urban-planning manifesto The Death and Life of Great American Cities. 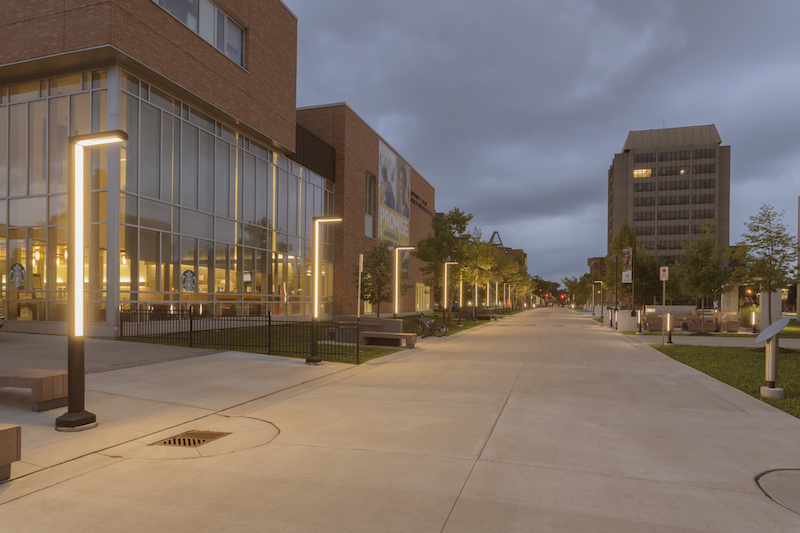 Aesthetically, +VG Architects’ built work ranges from an elegant restrained style that complements the campus’s eclectic mix of period styles, to fanciful organic forms such as the so-called amoeba benches.