The University of Calgary has officially opened Mathison Hall at the Haskayne School of Business. The four-storey 10,000-square-metre facility, attached to the school’s existing Scurfield Hall building, boasts new spaces for study, and aims to achieve LEED platinum certification. 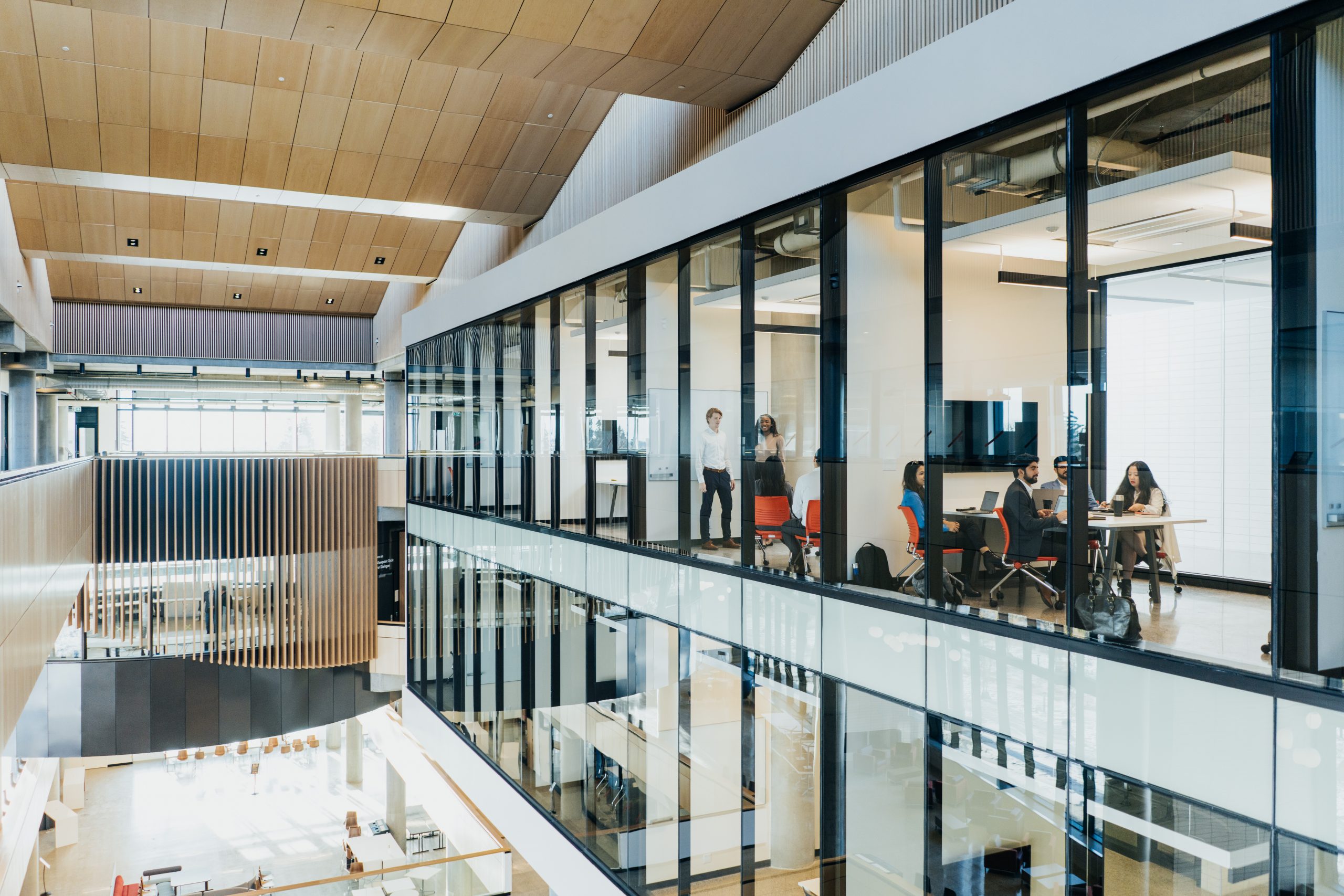 The vision behind the project was led by architects, Gibbs Gage and Diamond Schmitt. The new building features twelve technology-enhanced classrooms (which includes two high-tech classroom), an 80-person open-concept round room for gatherings, a graduate student floor, event facilities, and collision spaces.

“At the University of Calgary, we say we’re a place to Start Something,” says University of Calgary President Ed McCauley. “With the official opening of Mathison Hall, we are going to help start hundreds and thousands of careers – ones that will make Canada’s most enterprising city even more so, propelled by the entrepreneurial thinking that runs through the university’s DNA. Through Mathison Hall, we are further committing to creating a place where business students will learn and thrive, and in turn, help Calgary’s economy continue to grow.”


The $90 million capital project was first announced in 2018 and was made possible by the generous gift of $20 million from Ronald P. Mathison, Calgary philanthropist, chairman of MATCO Group and building namesake. Since then, over 200 donors in the business community have contributed to the building, with Haskayne to date securing more than $33.7 million towards its $40 million philanthropic goal.

Mathison Hall will transform business education in Calgary by providing students with the resources and environment necessary to successfully pursue their academic goals, gain valuable educational experiences and build a treasured social and professional network.

“Mathison Hall is very well suited to its future service for the Haskayne School of Business, the University of Calgary and the city of Calgary,” says Ronald P. Mathison, namesake of Mathison Hall. “It’s highly functional, and together with the adjacent Scurfield Hall, it will renew a home base for the business school.”

He was largely inspired to make the significant donation based on his family’s longstanding relationship with the Haskayne family – particularly his late father, Ken Mathison’s close-knit friendship with Richard (Dick) Haskayne, namesake of the Haskayne School of Business.

With the start of the 2023 winter semester, Mathison Hall’s classrooms are in full use for in-person learning and its meeting rooms and event facilities are bookable for faculty, staff and students.