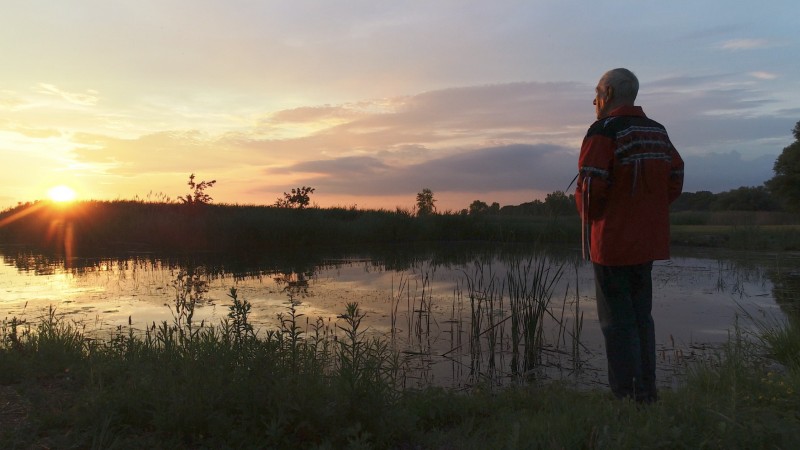 A new TVO Original film on Indigenous architects premiered on National Indigenous Peoples Day, and is now available to stream on TVO.org, the TVO Docs YouTube and the TVO Roku Channel.

Directed by Ron Chapman, From Earth To Sky offers an inspiring story of a proud, accomplished collective of Indigenous architects, driving a movement as climate change threatens the planet.

“Indigenous architects have been creating important buildings that affirm a sense of belonging and connection to the land,” said John Ferri, VP of Programming and Content at TVO. “Viewers of this powerful TVO Original documentary will be inspired by the vision and personal stories of each of these extraordinary creators.”

The film is a celebration of a group of Indigenous people who’ve triumphed in the world of architecture, aesthetically and socially. But a film of personal triumph can co-exist with horrific reality. The principals in From Earth to Sky are strongly driven by the trauma that has been inflicted upon Indigneous peoples.

As Douglas Cardinal says: “My Elders taught me that we must celebrate the fact that we have survived the terrible atrocities committed against us by the immigrant cultures. We know that we have a powerful contribution to make to the human family. There is a prophecy that says, after our people have been practically annihilated, our culture, still alive, will guide the world to reconnect with our Mother, the Earth.”
He continues: “This responsibility is particularly clear to us architects because we need to heal imminently the present imbalance created by the built environment and the horrendous damage done to our planet Earth. Not only is it necessary to heal, we need a new approach, especially to those who have been subjected to policies of abuse and exploitation the world over, and in particular in Turtle Island. This is why we truly welcome Ron Chapman’s film From Earth to Sky. He is giving clear witness to our voices and our personal journeys dedicated to creating a better world for all human families, no matter what.”
“Meeting iconic architect Douglas Cardinal in the fall of 2017, along with 18 other Indigenous architects from Turtle Island who collaborated on an installation for the Venice Biennale, was an inspiring experience,” said director Ron Chapman. “Diverse and unique, the conversations I had with these talented architects sparked the fire for a film to document their illustrious contributions. And it has been an honour to observe, listen and lens seven of these extraordinary professionals and feature their experiences in From Earth to Sky. The celebrated landmark buildings they have created for their community, as well as national and international audiences, are a testament to their commitment to embrace mother earth.”
filmIndigenousindigenous architecture
Share