Triangulate in Toronto conference to run this October in Toronto 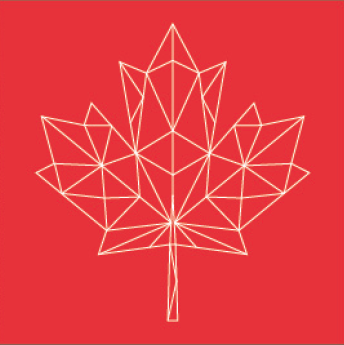 Triangulate in Toronto, the second annual conference of the AIA International Region Chapter, a chapter of the American Institute of Architects, will run from October 20 to 23, 2016. The conference has the support and cooperation of the Royal Architectural Institute of Canada, the Ontario Association of Architects and the Toronto Society of Architects.

This event aims to locate, connect and organize the global architectural community to inform, inspire and involve. The conference will gather the leaders of the global organization for a long weekend of stimulating discussions sparked by presentations from prominent leaders in design and environmental awareness. Guests will tour impressive architectural and urban design developments and enjoy a gala dinner at which the winners of the 2016 AIA International Region Design Awards program will be announced.

Azaroff’s +LAB Architect PLLC is a studio built on trans-disciplinary collaboration. He is a recognized expert in Resilient planning, design and implementation. He is a subject matter expert advising ASPR on the Federal Disaster Recovery Framework, works with city and federal agencies on all aspects of resilience. He was awarded the 2014 Young Architects Award by the AIA for innovative practice and leadership. Innovation, invention and inquiry underpin his work, such as prototyping disaster relief shelters and rapid response systems.

Kai-Uwe Bergmann is a Partner at BIG who brings his expertise to proposals around the globe, including work in North America, Europe, Asia and the Middle East. Kai-Uwe heads up BIG’s business development which currently has the office working in 20 different countries as well as overseeing BIG’s Communications. Registered as an architect in the USA (eight states), and Canada (one province), Kai-Uwe most recently contributed to the resiliency plan BIG U to protect 10 miles of Manhattan’s coastline.

Josh Chaiken, a Principal at KPF, has played a key role in the design of a number of KPF’s most high-profile projects throughout the United States, Canada, and Asia. Mr. Chaiken’s work in Canada includes the award-winning Ritz Carlton Hotel and residences in Toronto; the RBC Centre, a 41-story, 1.2-million-SF office building, the first LEED Gold Certified office building in Canada; and the Ernst & Young Tower at 100 Adelaide Street West, a million-square-foot tower located in the heart of Toronto’s downtown core, now under construction.

As Chief Planner for the City of Toronto, Jennifer is committed to creating places where people flourish. Over the past decade, Jennifer has been repeatedly recognized by the Canadian Institute of Planners and the Ontario Professional Planners Institute for her innovative work in Canadian municipalities. Most recently, Jennifer was named as one of the most influential people in Toronto by Toronto Life magazine and one of the most powerful people in Canada by MacLeans Magazine. Her planning practice is characterized by an emphasis on collaborations across sectors, and broad engagement with municipal staff, councils, developers, business leaders, NGO’s and residents associations.

Considered one of the most influential individuals in the green building movement today and the recipient of the prestigious Buckminster Fuller Prize, Jason F. McLennan’s work has made a pivotal impact on the shape and direction of green building in the United States and Canada. He is a much sought-after presenter and consultant on a wide variety of green building and sustainability topics around the world. McLennan serves as the CEO of the International Living Future Institute – a leading NGO that focuses on the transformation to a world that is socially just, culturally rich and ecologically restorative. An Ashoka Fellow, Jason is the founder and creator of the Living Building Challenge, widely considered the world’s most progressive and stringent green building program.

LMN received the 2016 Architecture Firm Award, the highest honor the American Institute of Architects bestows upon an architecture firm. Mark Reddington, FAIA has been instrumental in establishing LMN as a leader in the design of public places with over 120 awards including national and international awards for architecture, urban design and sustainability. He leads projects in all market sectors including convention centers, performing arts, education and transportation and brings a strong focus on enhancing the public realm through design excellence.

Abhay Wadhwa is an internationally acclaimed keynote speaker, educator and author of numerous advanced light engineering and cultural lighting articles, and has worked with the United Nations Foundation on projects that address issues that marginalize many of the world’s population. He crafts a story using lighting design and technology to create moments of experience, that factor into the psyche and emotions of those who work, live or visit the spaces designed by AWA. While doing so, he is seeking innovative solutions that challenge convention while augmenting the integrity of the architects’ vision.

Tom Vonier, FAIA, from AIA Continental Europe, was elected 2016 AIA First Vice President/2017 President at AIA Convention 2015 in Atlanta. Currently serving as 2014–2015 AIA Vice President, he is also the founder and past president of AIA Continental Europe from 1994 to 1995. He served on the AIA Board of Directors representing the AIA International Region from 2010 to 2012. As an architect in private practice, Tom Vonier supports public and private clients with global industrial and business operations, focusing on design and security planning for facilities in high-threat locations. With a specialty in security planning and industrial operations design, his projects have included work in the former Soviet Union, East Asia, the Middle East, Africa, North America, and Europe.

The AIA will also pay their respects to Bing Thom’s legacy at this event.

For more information and to register, please click here.