Toronto-based Office Ou has been selected as the winner of an international architecture competition to design a new public school in the historic Smichov district of Prague. Organized by the Centre for Central European Architecture (CCEA MOBA) on behalf of the City of Prague, the competition drew entries from around the world, with Office Ou’s design topping a deep international field of 66 anonymous submissions. 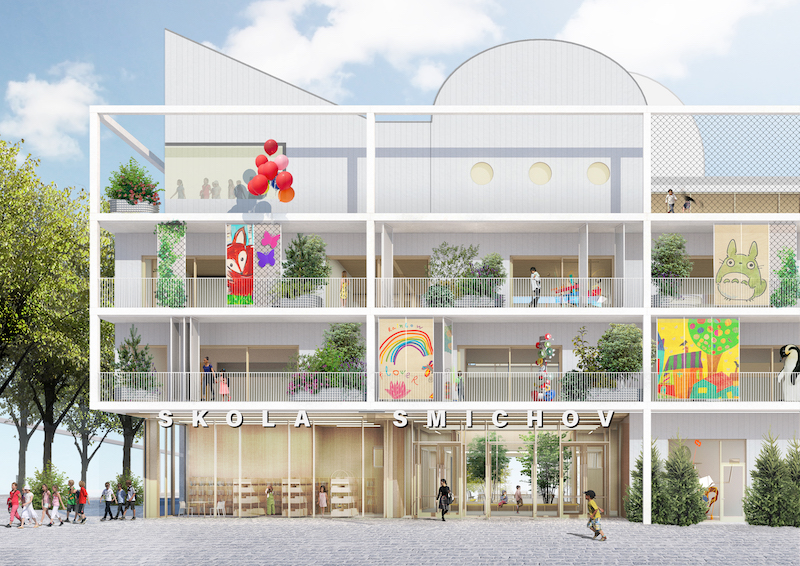 Designed in collaboration with Poland’s INOSTUDIO Architects, Office Ou’s Smichov elementary school will be the first new urban public school built in central Prague in nearly 100 years. Accommodating approximately 540 students ages six to 14, the 10,000 m2 building will be a centrepiece of the ambitious Smichov City redevelopment, which aims to transform some 200,000 m2 of former urban railway lands near Prague’s historic centre into a mixed-use community that prioritizes green space, walkability, and a fine-grained urban fabric. 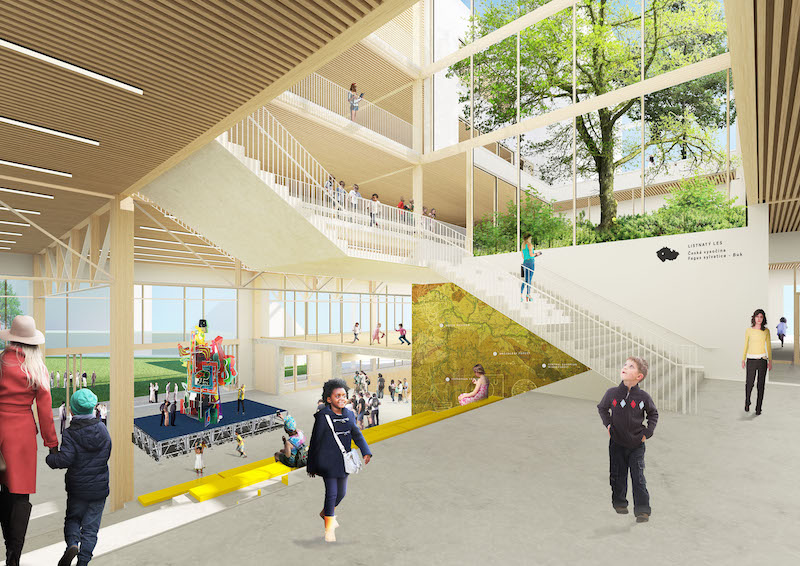 According to Office Ou’s founding partners Nicolas Koff, Uros Novakovic, and Sebastian Bartnicki, the design aims to foster social and environmental stewardship, positioning the school as a vital hub for the reinvented Smichov community. “Through an interplay of indoor study spaces and outdoor public display areas, the building enriches the classroom experience by providing opportunities for students and teachers to interact with, connect to, and transform the urban environment,” say the designers. 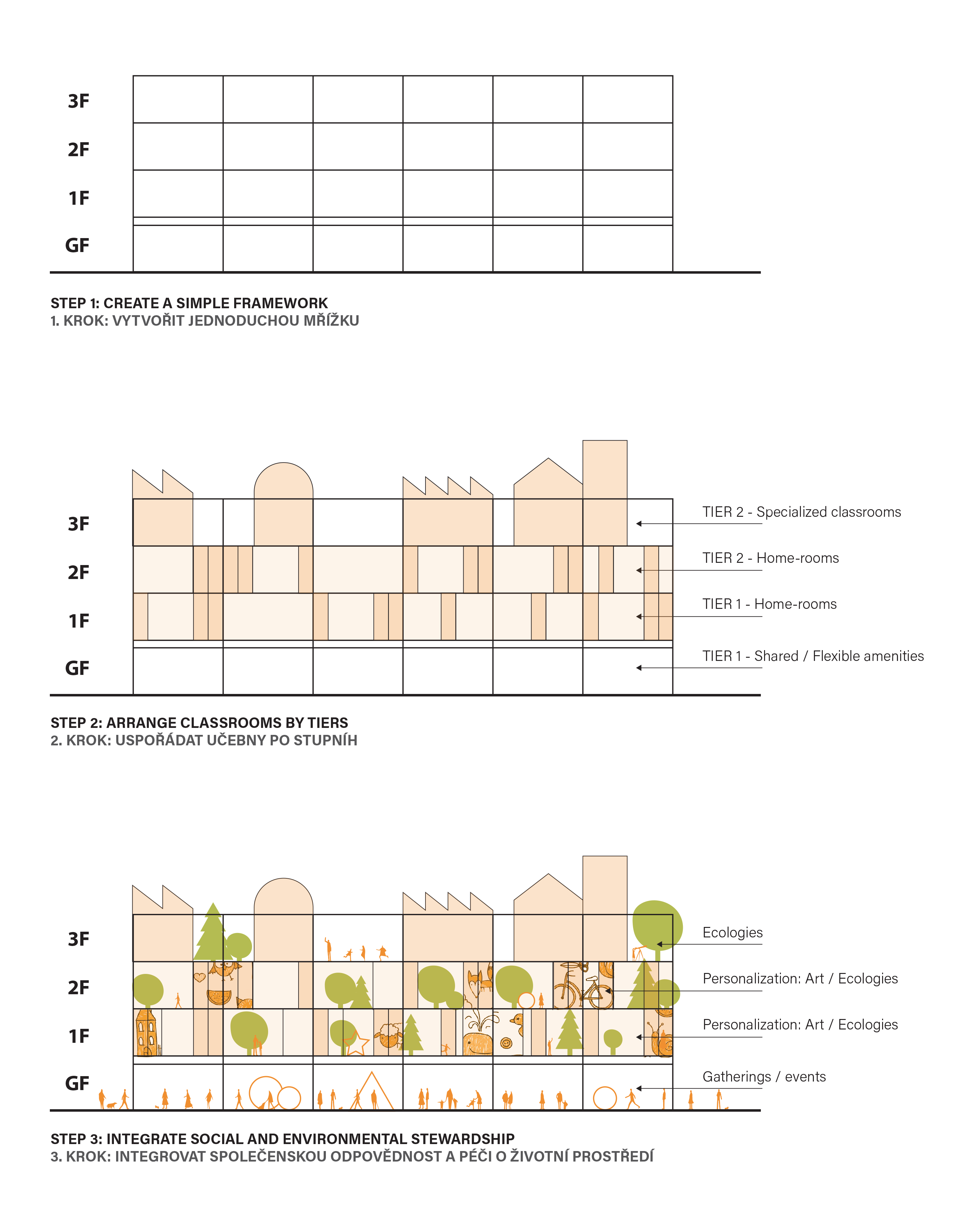 Framing the building, a simple grid of balconies and outdoor gardens knits together a cohesive visual identity for the school. Behind the rectilinear grid, a diverse and playful array of typologies and programmatic elements unfolds across the body of the building. Allowing for a whimsical yet highly rational layout, the shape of the building is guided by a program that emphasizes interactions between students and the urban realm.

“Our design strategy was guided by research showing that students’ confidence and success correlates strongly with their ability to impact their environment, display their work, and take ownership of public space” the designers say. 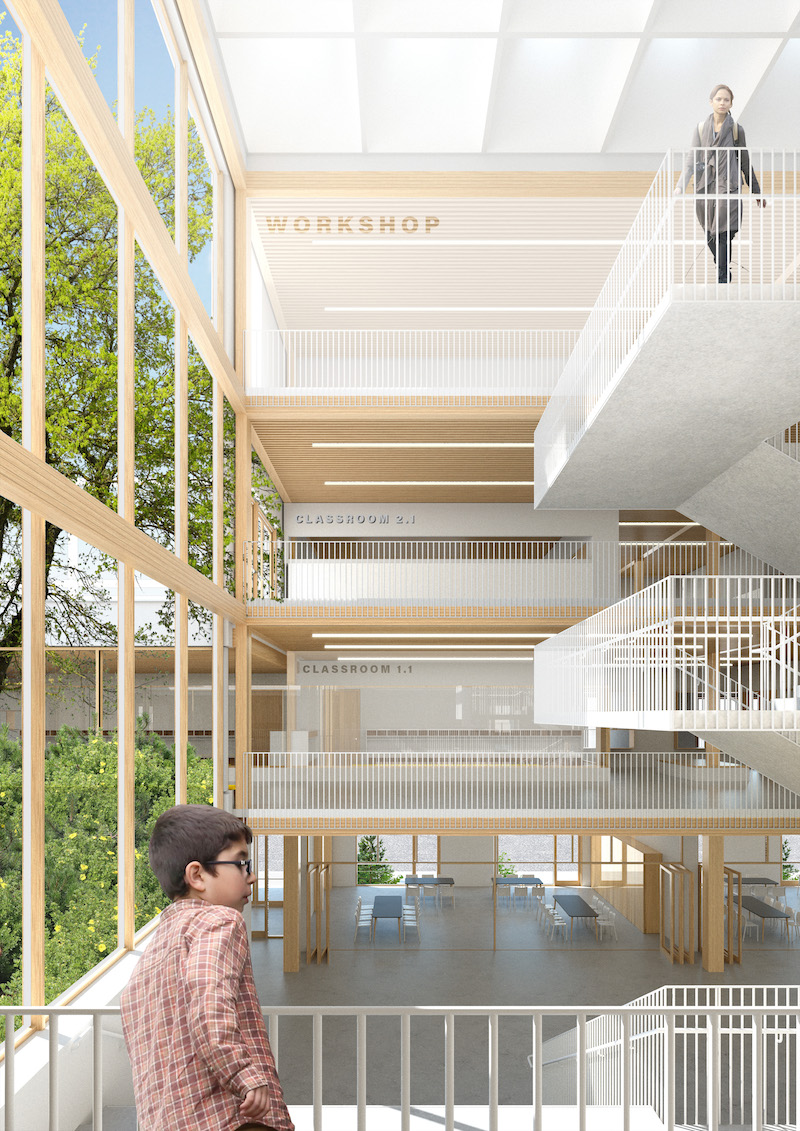 According to Office Ou, “Every classroom functions as a sort of ‘home’, which has both a private side and a public side. The private side connects to all other classrooms, creating a central gathering and activity space. Meanwhile, the public side fosters a relationship with the city, allowing children to proudly showcase their work and identity. Rather than imposing a predetermined and finalized appearance on the building, the appearance of the school will transform through the decisions made by students and teachers.” 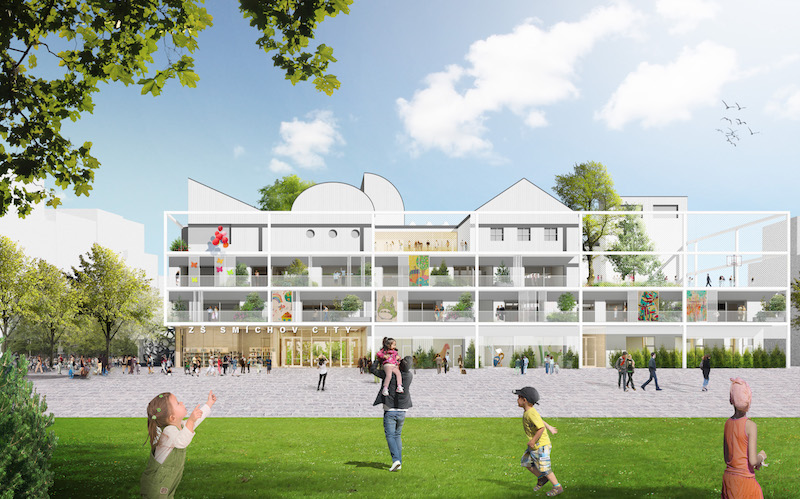 The international competition was evaluated by a jury composed of Czech, German, and Dutch architects, as well as representatives from the City of Prague. The jury celebrated the winning design’s inventive circulation and simple layout:

The jury appreciates the optimally designed orientation of the building, the clean and simple organization of the layout and construction, the connection with the surrounding public space, as well as with the school grounds. This proposal is the best scheme of circulation and orientation for pupils, teachers and the public in the building. It cleverly combines clusters, corridors and open spaces.

The winning Office Ou design comes on the heels of another Czech public school project recently awarded to an emerging Canadian architecture firm. Earlier this year, the Montréal-based office of Pelletier de Fontenay was chosen by CCEA MOBA as the lead designer for a new public school in the Prague suburb of Lošbates. Like the Smichov competition, the Lošbates contest invited anonymous open submissions from around the world.