KPMB Architects + Daoust Lestage Lizotte Stecker will be leading the project, with a design to be unveiled on September 8. 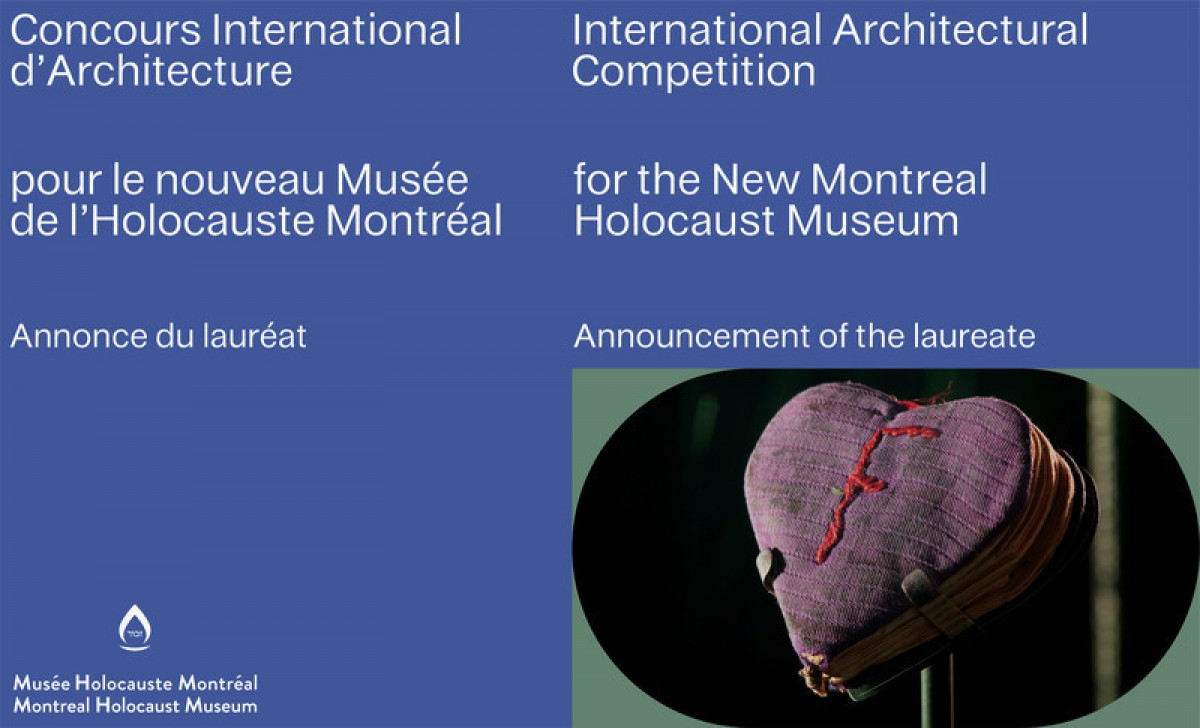 The Montreal Holocaust Museum (MHM) has announced the  winner of the international architectural competition for the development of its new Museum, located at 3535 Saint-Laurent Boulevard in Montreal.

The jury met in the first week of July 2022 and, after deliberation, selected the project presented by :

In light of the objectives and evaluation criteria set out in the competition rules, this project stood out in particular for its integration into the urban context, the clarity of its organization of spaces and the integration of gardens into the museum experience. The jury also noted that this team had a strong understanding of the Holocaust Museum’s mission and had approached the subject with great sensitivity.

The jury applauds the arrival of the Montreal Holocaust Museum in downtown Montreal, on Saint-Laurent Boulevard. The Museum reinforces its values of inclusion and education by relocating to the heart of this central location that was once home to many immigrant communities.

“This project addresses a growing public interest and a need for opportunities to learn about the history of the Holocaust, genocide, human rights, and the fight against racism and antisemitism.”

This is a $90-million project with contributions from Heritage Canada ($20 million), the Ministère de la Culture et des Communications du Québec ($20 million), the City of Montreal ($1,5 million), the Azrieli Foundation ($15 million) and numerous private donors who have contributed to the Museum through its Give Voice fundraising campaign.

Over the course of Phase 1 of the competition, the Museum received 32 proposals from 9 countries, which were submitted anonymously to the jury. The jury then selected four finalists, who developed their projects in an interdisciplinary mode in Phase 2 of the competition.  The four teams were Atelier TAG et L’OEUF architectes en consortium, Saucier+Perrotte Architectes, KPMB Architects + Daoust Lestage Lizotte Stecker and Pelletier de Fontenay + NEUF architect(e)s.

The winning project will be unveiled at a private event to be held at the Montreal Holocaust Museum on September 8. The following day, all of the projects received in both stages of the competition will be published, as well as the jury’s reports. Media are invited to contact the Museum to confirm their presence at this event.

The new Museum is scheduled to open in September 2025.