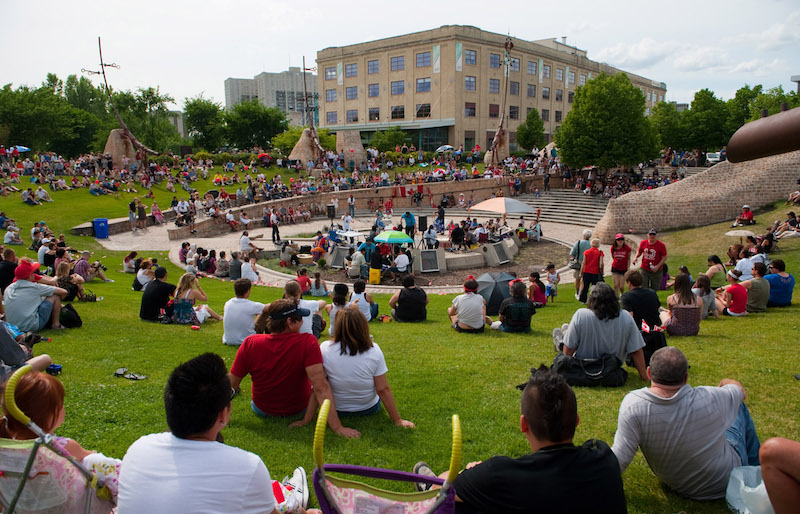 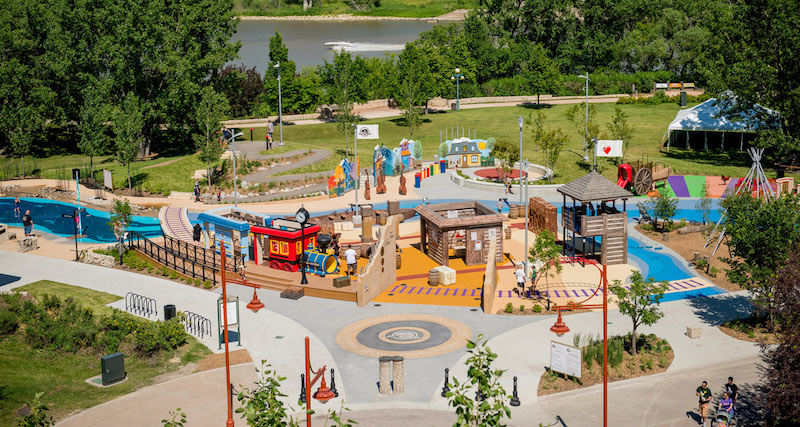 The Forks is a meeting place: a special and distinct all-season gathering and recreational place the junction of the Red and Assiniboine Rivers in Winnipeg. From the beginning, The Forks North Portage Partnership (TFNPP), which is responsible for the site, has had the foresight to hire Winnipeg’s premier designers for the development of its property.

According to the Mayor of Winnipeg, the Honourable Brian Bowman:

The urban environment at The Forks has been developed through the consistent collaboration of city planners, developers, landscape architects, architects, engineers, builders, craftspeople, artists, and the public. The richness and diversity of these inclusive development processes has made The Forks a leader in winter city, healthy city and sustainable city living — a place that truly responds to and reflects Winnipeg’s natural and cultural heritage. Landscape architects have played an essential role in the evolution of The Forks shaping almost every project as civic servants, project leaders, volunteer board members or public advocates.

Located at the junction of the Red and Assiniboine rivers, the Forks has been a meeting place for over 6,000 years. Indigenous peoples traded at The Forks, followed by European fur traders, Scottish settlers, railway pioneers and tens of thousands of immigrants. 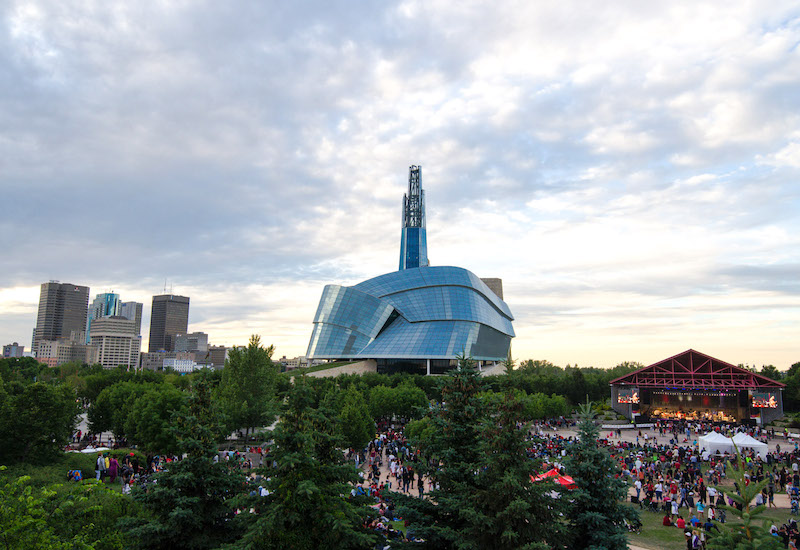 Over the last 30 years, the site has been transformed from an abandoned railyard into The Forks, Winnipeg’s foremost destination, with the goal of being a special and distinct gathering and recreational place, through a mixed-use approach including recreational, historical and cultural, institutional and supportive commercial uses. Over 4 million visitors come to The Forks each year and more than 1,200 people work on the site.

More information about the award is available via the CSLA’s official website, linked here.