The building welcome students back to Morgan State University, one of America's largest Historically Black Institutions of Higher Education (HBCUs). 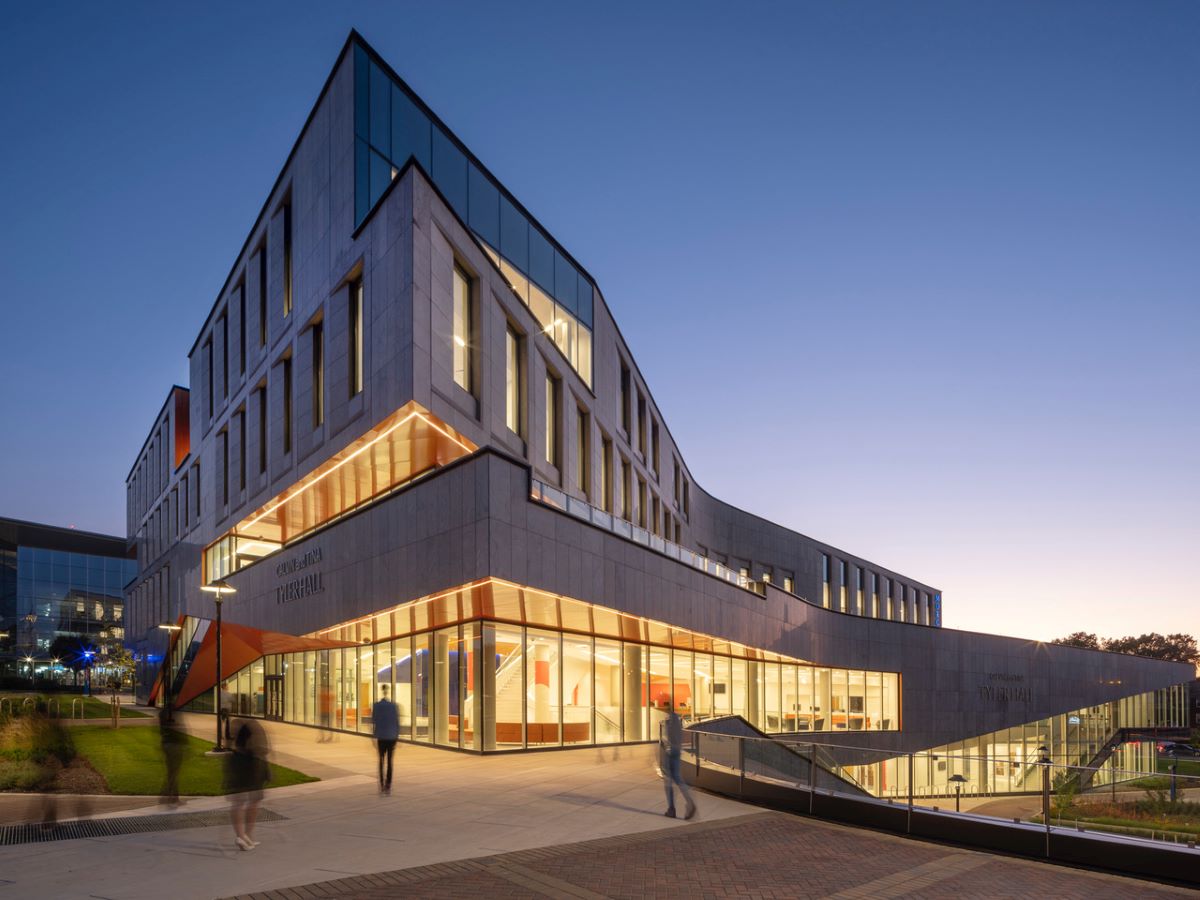 Morgan State is one of the nation’s largest Historically Black Institutions of Higher Education (HBCUs) in the USA. Founded in 1867, the Morgan State campus was designated a ‘National Treasure’ in 2016 by The National Trust for Historic Preservation.

Teeple and GWWO were tasked with designing a 141,675 sq ft student services centre that would bridge the historic academic quad and the modern campus commons, while also establishing an uplifting ‘front-door’ to the university.

The Calvin and Tina Tyler Hall Student Services Centre improves the overall student experience by establishing a welcoming entry point for current and prospective students, and gathering the university’s formerly dispersed administrative and student services under a single roof.

According to Teeple Architects Principal, Stephen Teeple, “As Morgan State welcomes its students back to physical learning, we’re thrilled that many will enter campus  through the doors of this new and exciting building. It was an honour being invited to contribute to a campus rooted in so much history and tradition.  We hope that this new gateway building inspires continued pride in the University’s past while at the same time, embodying the University’s bold confidence in its future. “