On June 4, 2018, Stephen Teeple — founder of Teeple Architects — will receive an Honorary Doctorate of Laws from Trent University at this year’s Convocation Ceremonies in Peterborough, Ontario. The honorary degree follows decades of successful work completed at Trent University.

“It has been an honour to contribute to the Trent University landscape, and—in turn—Trent University has contributed to my professional development and the opportunities that have been awarded to Teeple Architects,” says Mr. Teeple in acknowledgement of the recognition. 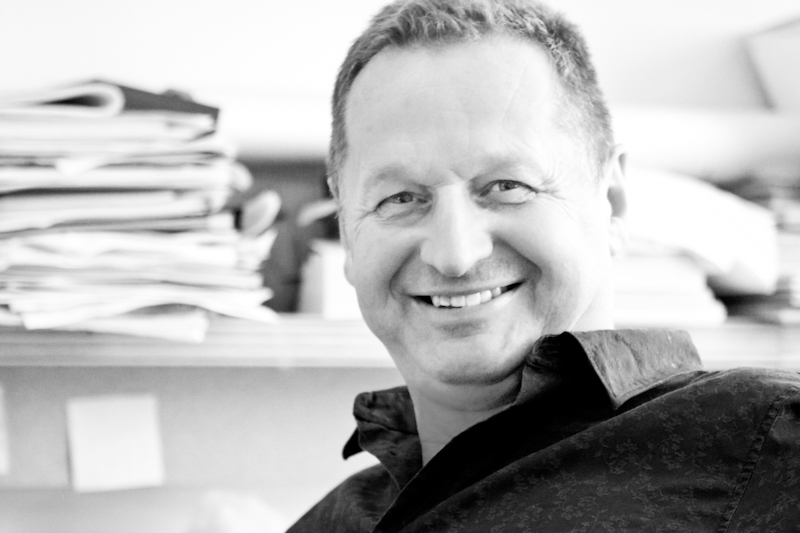 Stephen Teeple founded Teeple Architects in 1989 where he has been the lead architect on projects ranging from museums and civic buildings to downtown condos. These award-winning designs have extended to Trent University’s Symons Campus with Trent University Childcare Centre (1994), the Physics Building (1999), the Chemical Sciences Building (2008), and most recently the new Student Centre (2017). This contribution to Trent University’s landscape was one of factors in proposing Mr. Teeple as the recipient of the Honorary Degree.

“As a teacher, as the architect who has taken up the torch from our master architect Ronald Thom, and as an eloquent advocate of a sustainable cultural environment, he epitomizes the ‘spirit of Trent.’” We believe he is an eminent candidate for an honorary degree from our university.” – anonymous nominator.

Outside of his work with the company, Mr. Teeple is a prominent member of the Canadian arts and design community, committed to active and ongoing engagement in all aspects of discourse regarding design, creativity and the public realm. He has delivered public lectures at numerous Canadian post-secondary institutions, such as University of Toronto, Ryerson University, Dalhousie University, University of Manitoba, University of Waterloo and University of Western Ontario, and is an architectural critic and author. He is a fellow of the Royal Architectural Institute of Canada and a member of the Royal Canadian Academy of Arts. In 2013, Mr. Teeple was awarded the Queen’s Diamond Jubilee Metal for his outstanding contribution to Canadian culture.

Under his leadership, Teeple Architects has been recognized for design excellence and sustainability, including 6 Governor General’s Medals for Architecture (Canada’s highest architectural honour), 13 urban design awards from Canadian municipalities, 8 Canadian Architect Awards, 19 awards from the Ontario Association of Architects, awards for innovation from both BC and Alberta WoodWorks!, 2 Prairie Design Awards, and a Progressive Architecture Award. In recent years, Teeple Architects has distinguished itself as a leader in the field of sustainable design, recognized with 3 Canadian Green Building (formerly SAB) Awards, as well as a prestigious International Holcim Award for Sustainable Design.

Stephen Teeple will be honored along with George Cope, Sylvia Maracle, and Max Tibor Eisen at four ceremonies happening in Peterborough and Durham GTA. Mr. Teeple will be presented with his Honorary Doctor of Laws and will present his acceptance speech on Wednesday, June 6 at 2:00pm.

Steven Evans’ latest collection of large, black and white photographs is titled De Pedra [of Stone]. It explores the remarkable landscape of northern and central Portugal,

Steven Evans is a photographer living in Toronto. He has made architecture, built form and urban conditions the subject of his attention for over 40 years. His personal and commissioned work has been exhibited, published and collected in Canada and around the world.