For the past several years, Stantec has been an undisputed leader in airport design in North America and abroad, now reflected in a captivating new monograph, Stantec: Airports. As noted in its opening pages, every day one in three airline passengers travelling in North America passes through an airport that Stantec has worked on. This book, overseen by longtime Stantec senior partners Noel Best and Stanis Smith, is the first that the firm has published on their work. Edited by architecture critic and curator Trevor Boddy, with book design by Pablo Mandel, it features 12 of the firm’s recent airports across the country. 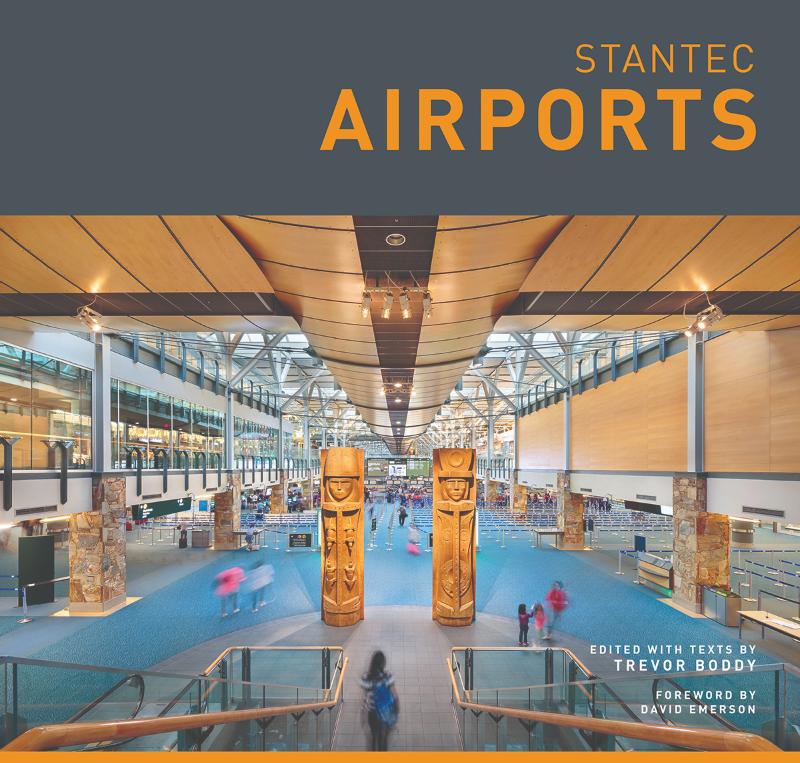 The Stantec of today—a multinational consulting firm with over 22,000 employees on six continents—is partially the result of a 2003 merger with the Vancouver-based firm Architectura, which specialized in airport design. But Stantec: Airports begins its covering several years earlier in 1996, with its design and oversight of the new international terminal at Vancouver International Airport. And bringing us right up to the present day, the book features the new Iqaluit Airport in Nunavut, which opened just last year. With half the featured airports located in Canada, the other half of the book showcases the firm’s work in other countries, among them Chile, the Bahamas and of course the US. One particularly interesting terminal, in Tijuana, allows travellers to park their cars on the American side of the border and then cross over to use the Mexican airport only a few metres away.

The book opens with a foreword by former federal minister of industry and foreign affairs David Emerson, who was CEO of Vancouver International Airport between 1992 and 1997, and closes with an essay by Stantec executive vice-president Stanis Smith. Between these texts, Boddy has done an excellent job of describing the architecture and history of each featured airport, along with how each serves its larger urban context. The book’s photography depicts each airport’s central space, in some cases from a panoramic vantage point. As the first monograph of this firm’s work, Stantec: Airports offers important insights into one of the most paradigmatic building types of the 21st century, buildings that are often taken for granted by the harried commuters that use them.

Sean Ruthen, MRAIC is an architect with VIA Architecture.