On Thursday, September 27 Canadian Olympic Committee (COC) officially opened the doors to its new Toronto headquarters, located on the 30th floor of Cadillac Fairview’s 250 Yonge Street office tower in downtown Toronto. Designed in collaboration with creative firm Sid Lee Architecture the office serves as a home to COC and Canadian Olympic Foundation staff, Olympians and partners, allowing them to come together and promote the values of the Olympic Movement. 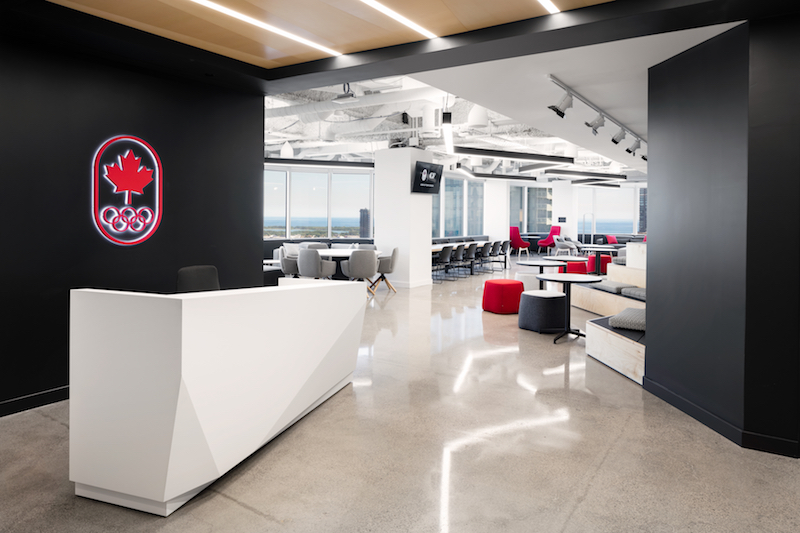 The 14,000 sq.ft. office space was completed this Summer, creating an assertively branded new home for the COC’s expanded Toronto headquarters. 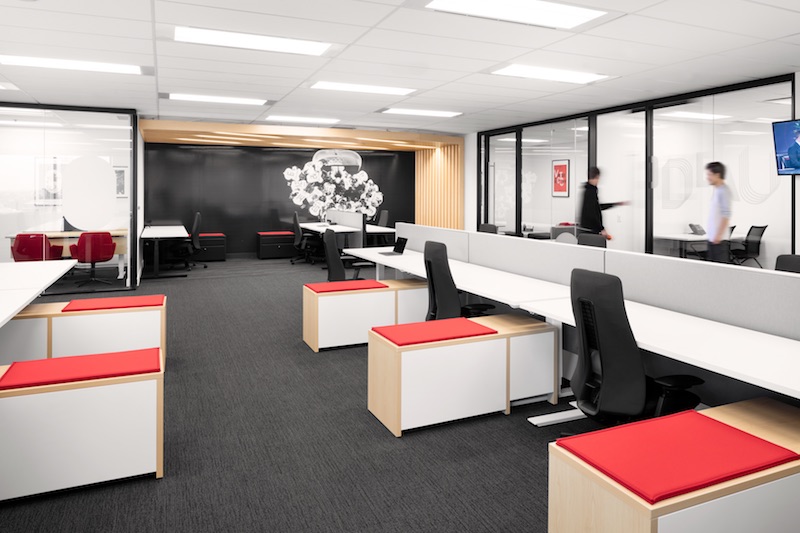 Sports visuals are integrated throughout the space, representing athletes from Team Canada. Dry-erase vinyl wall murals serve as a canvas for team meetings. On the left are the directors’ desks (not secluded), highlighted with an architectural wood ceiling. In the middle of the photo is a private office with glass walls, which allow for natural light and visual contact. 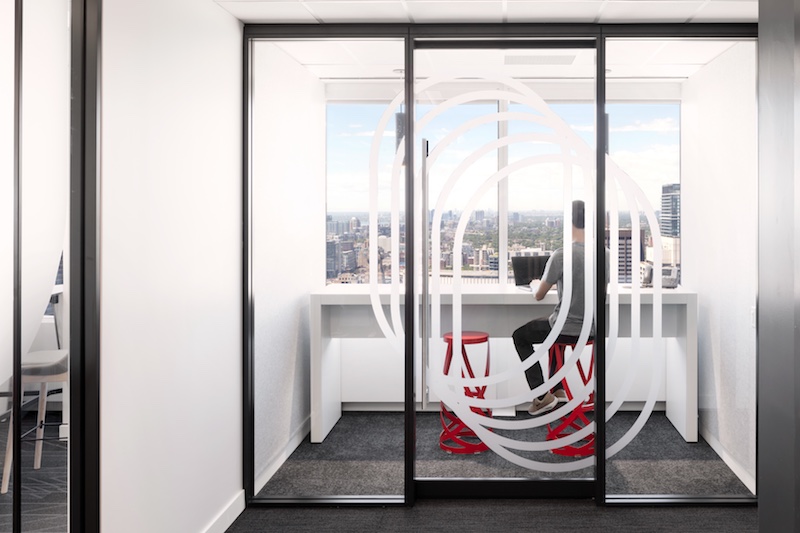 Throughout the space, open-air workstations are bathed in natural light. Each workstation is equipped with a storage unit, also used as a cushioned divider. Offering more privacy, individual workspace for one or two people are removed from the open-air workspaces. Many of the rooms are designed to offer a working desk overlooking Toronto’s cityscape, taking advantage of the office’s downtown location. On the sliding doors — and throughout the space — graphic design elements are inspired by the COC’s new brand image. 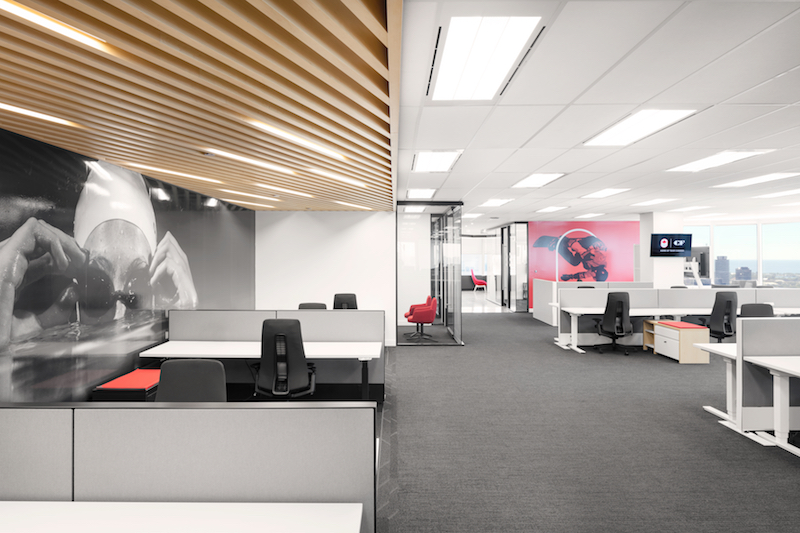