In October and November, events in Vancouver, Lethbridge, Waterloo, Toronto, Waterloo and Halifax are  planned for the book Canadian Modern Architecture, 1967 to the present.  Co-published by Canadian Architect and Princeton Architectural Press, the book launches with a plenary discussion at the RAIC Festival of Architecture on October 28, with subsequent events in cities across Canada. 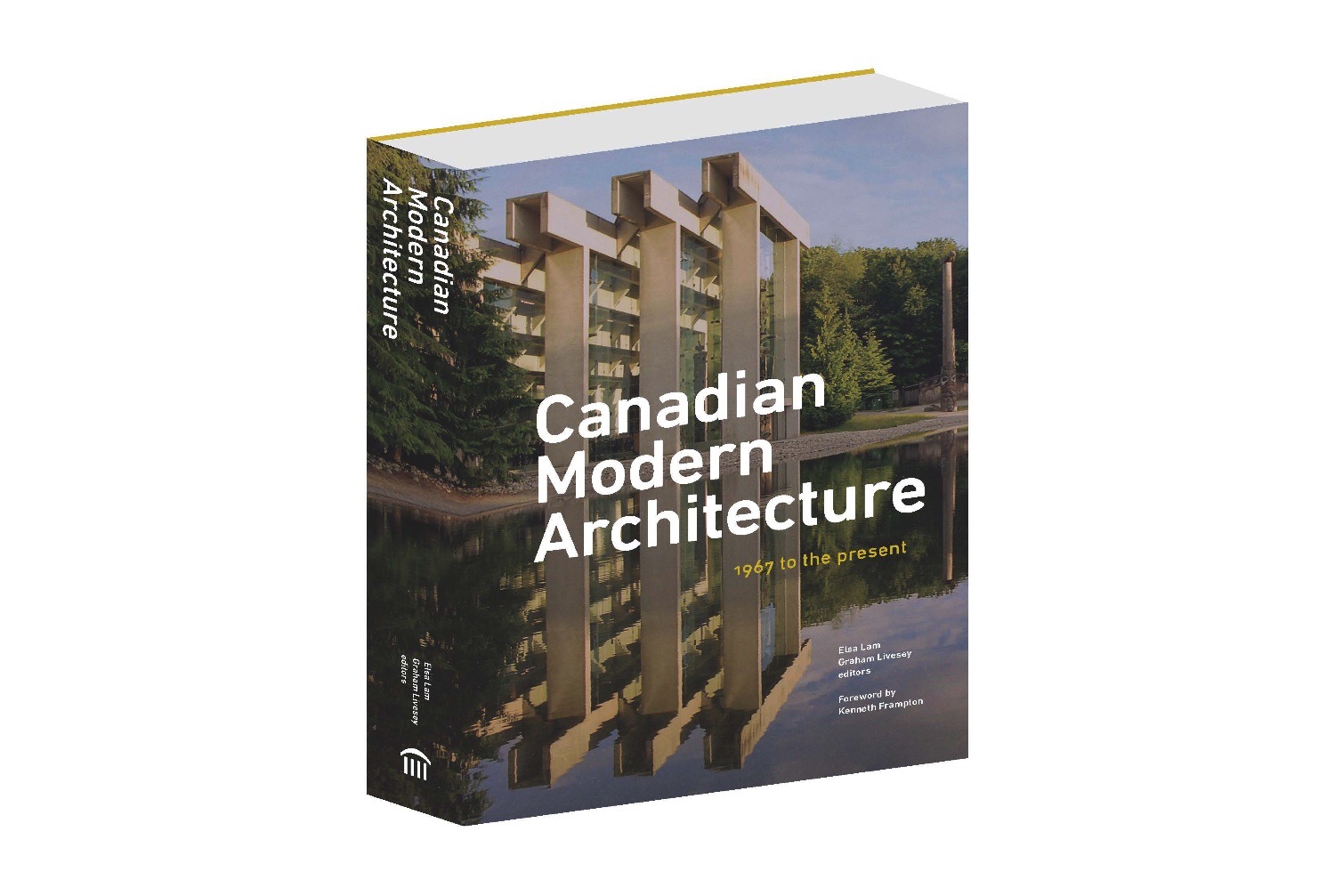 Mark your calendars for the following panel discussions and lectures in October and November:

Former architecture deans George Baird and Larry Wayne Richards discuss their research for their book chapters on megastructures and postmodernism in Canadian architecture. The conversation will be moderated by Elsa Lam, co-editor of the book and editor of Canadian Architect magazine. This event is free to attend, but registration is requested here.

Some keys to building more sustainably may be found in Canada. Back in the 70s, Canada pioneered the prototype “Passive House” in Saskatchewan – a home with no furnace that captured energy from occupant activities and the sun for heating – as well as the PEI Ark, a self-sufficient home including solar heat, a wind turbine, and a large greenhouse with indoor fish ponds for food. Today, architects are figuring out how to build net-zero energy and net-zero carbon buildings.  This event will include a discussion with panelists Peter Busby, Elsa Lam, and Steven Mannell, moderated by Mary Lynk of Ideas (CBC Radio). The panel will be recorded for broadcast on Ideas. This event is free to attend, but registration is requested here.

As part of the University of Lethbridge’s Architecture & Design NOW series, book co-editor Graham Livesey presents an overview of the book Canadian Modern Architecture, 1967 to the present.

The story of Canada’s modern architecture starts with the West Coast Modern houses around Vancouver, which worked closely with the existing landscape of sea and forest, set against a mountain backdrop. Even as the city developed, those ideas of working with the land expanded into an ethos of city-building with nature in mind—a mindset that led to landmarks such as Robson Square. Now, Vancouver boasts some of the most progressive green building policies in the country, and local architects are North American leaders in innovations such as building carbon-sequestering wood highrises. This discussion is presented by DesignTalk, in conjunction with the fall launch of the book Canadian Architecture, 1967 to the present. The panel includes book contributors Adele Weder and Sherry McKay, and architects John Patkau and James K.M. Cheng.

Further events in 2020 are being planned in Calgary, Edmonton, Winnipeg, Regina, Toronto, Ottawa, Sudbury, and Montreal.

The book will be available on October 28, 2019. It can be ordered from local booksellers, or online. For bulk sales of 10 copies or more, contact distributor Raincoast Books.

Jerome Markson exhibition and book launch at U of T

HBSA to Address Housing Affordability with a Design Charrette and Exhibition