Alleyways have the potential to be the backbone for a dynamic, multi-layered city experience. A new three-year pilot project aims to unveil the potential of Calgary’s downtown back alleys.

On September 20, the Calgary Downtown Association (CDA) and University of Calgary’s School of Architecture, Planning and Landscape (SAPL) announced their intention to enhance the alleys in Calgary’s downtown fabric. This is the first partnership operating out of SAPL’s City Building Design Lab, which opened to the public less than six months earlier. 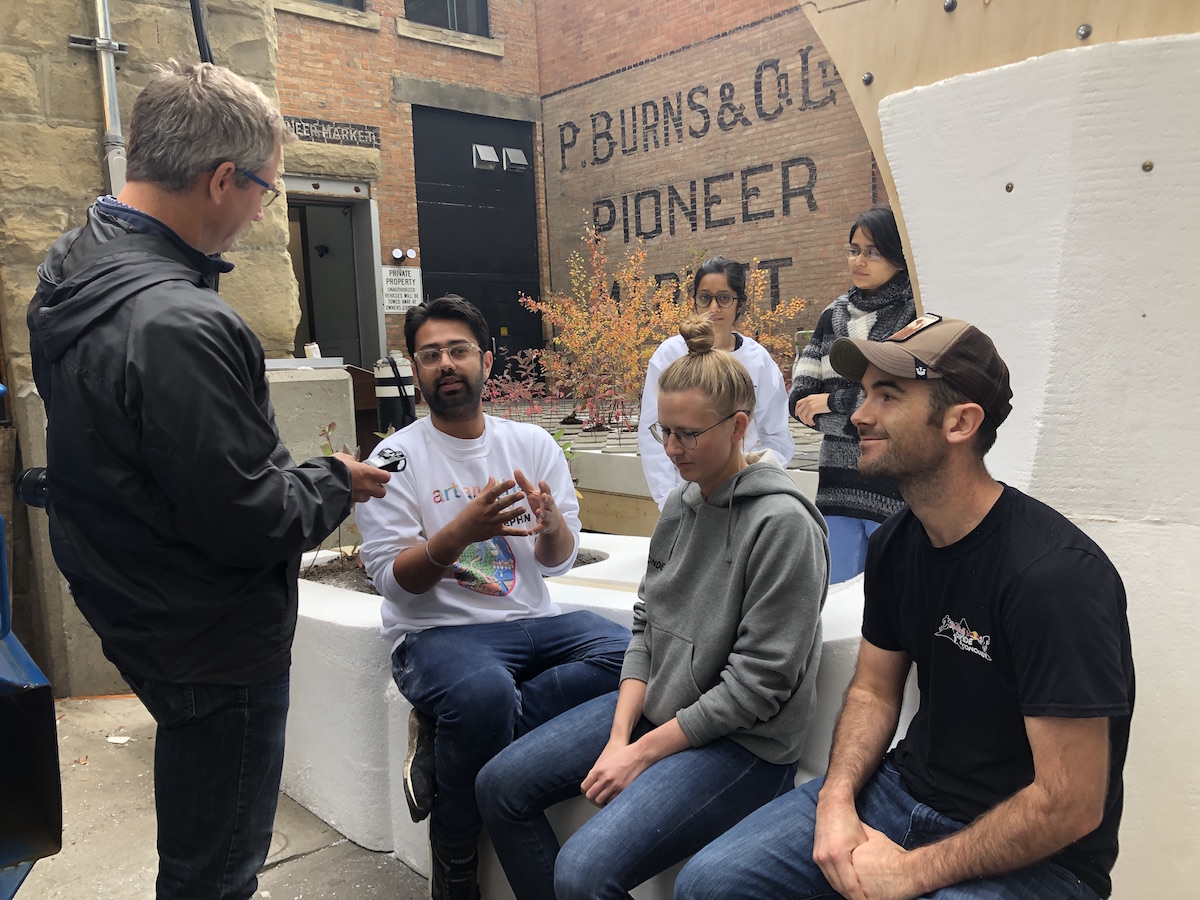 The CDA/SAPL team’s Green Alley Project (GAP) is a research initiative that looks at otherwise forgotten and gritty downtown alleyways — and how to transform them into places of beauty, creativity and value. An initial installation, which included a stormwater prototype, prefabricated architectural furniture, and interactive laneway art, was unveiled at The Pioneer Gallery on Friday. Amongst the 200 guests were people interested in city building from many angles: designers, urban planners, artists, engineers, and City of Calgary staff.

Marco De Iaco, Executive Director, Calgary Downtown Association, says, “We’re committed to challenging the status quo in testing new concepts that can stimulate economic development or diversity. Enhancing the downtown experience for the attraction of Calgarians, visitors and private investment is a top priority; the Green Alley Project is an innovative and progressive initiative that we’re excited to invest in.” 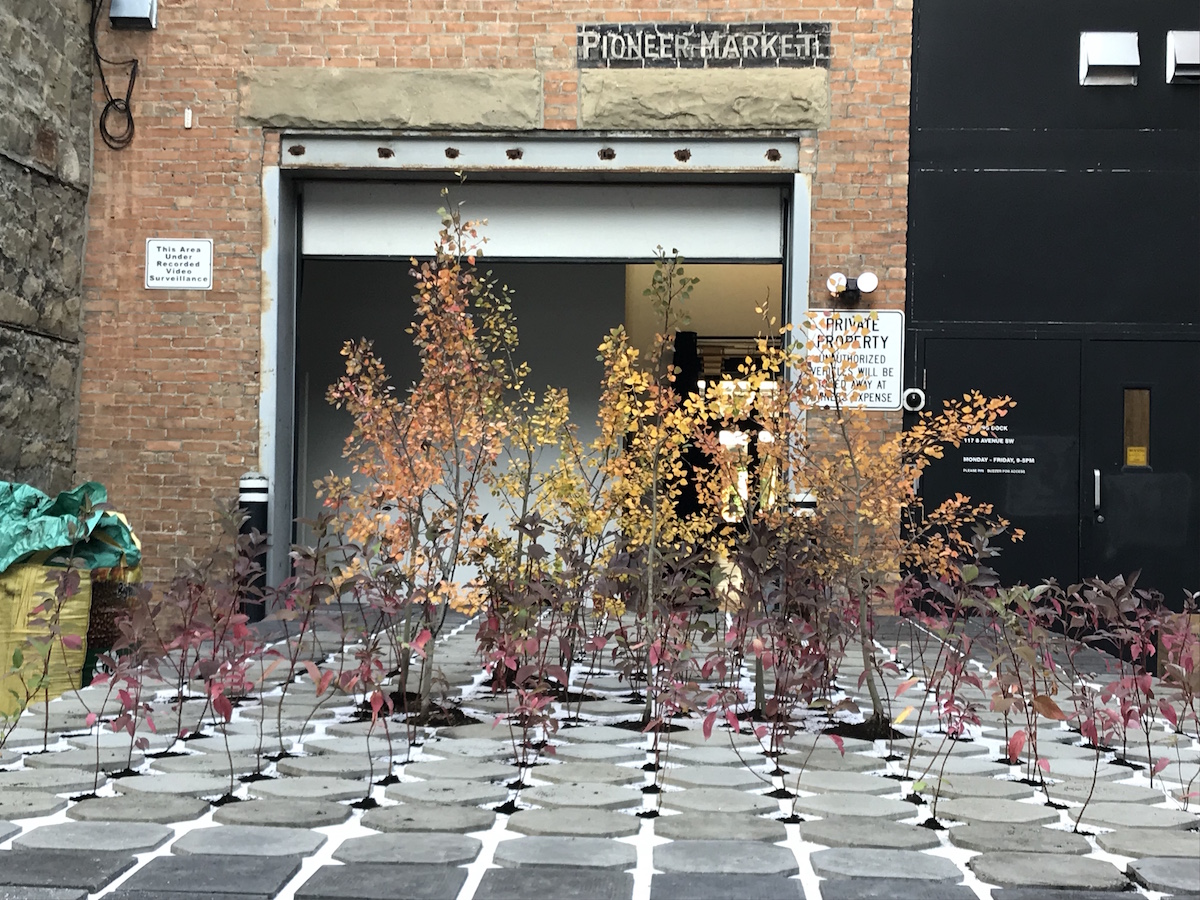 When Calgary was first planned, the downtown was designed for efficient movement. Assistant Professor Tawab Hlimi, one of the lead researchers from SAPL, explains, “Much of downtown Calgary developed in the post-war years as a ‘Modern City’. Modeled on the metaphor of the city as a machine, efficiency through functional segregation characterizes the city’s movement systems. Examples of this are the separation of pedestrian movement from the public realm of city streets via the Plus 15 network, and the separation of rainwater from natural hydrological processes via an extensive stormwater network.”

Hlimi continues, “In today’s context of volatility, induced by the uncertainties of a changing global climate and changing global economy, GAP explores the potential of alleyways as an integrated urban strategy in activating the public realm of downtown Calgary — socially and ecologically.”

The temporary installation gave a glimpse at the initiative’s larger aspirations to reimagine the future of alleyways as places that catalyze revitalization. Located in and behind The Pioneer Gallery for three days, over 500 visitors explored ideas around how alleys could restore natural stormwater processes to reduce the risk of flooding, and become beautiful venues for commercial and cultural functions. 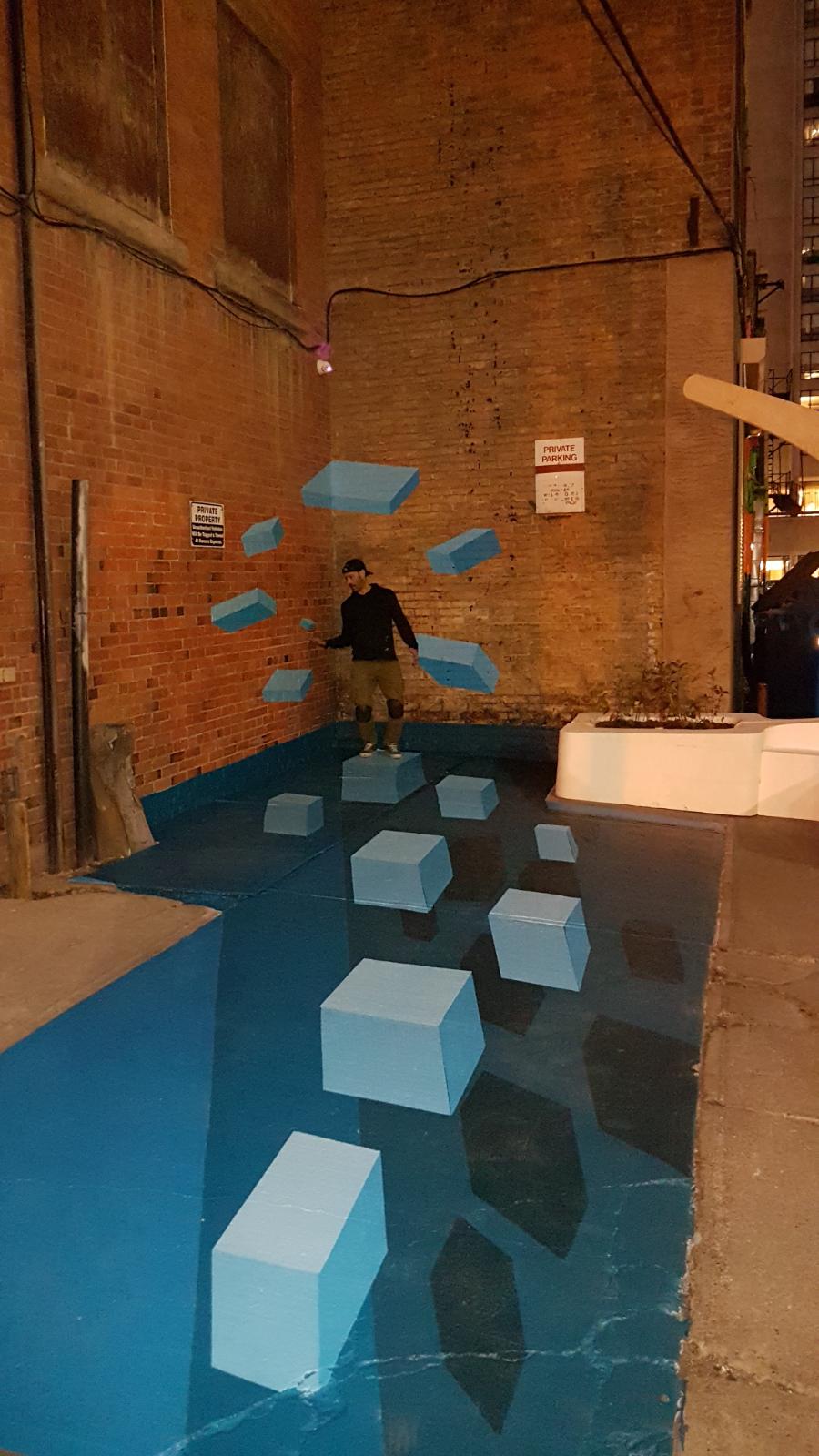 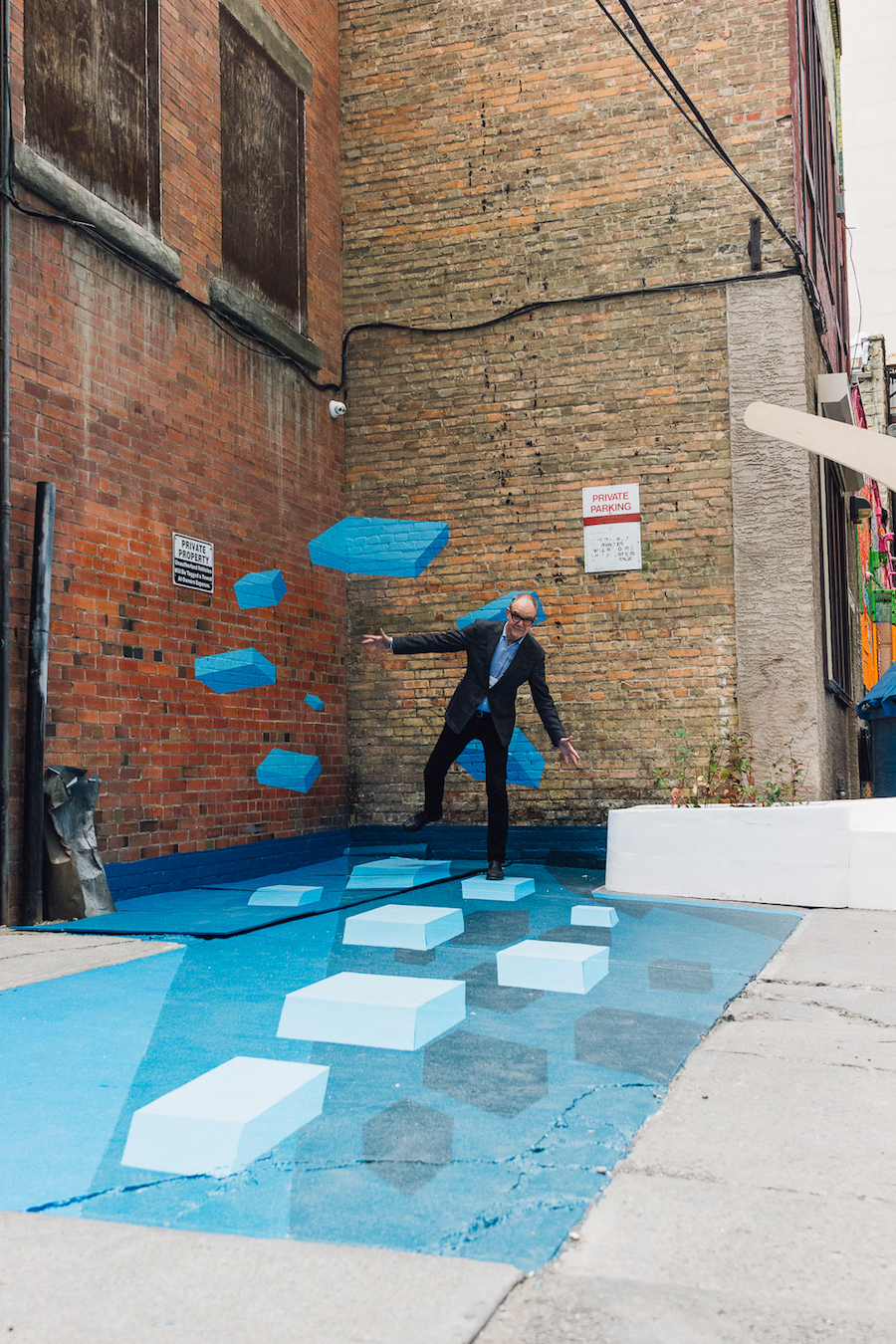 People were photographed playing with the anamorphic art — jumping and posing on the distorted blocks that looked like they might be floating in a pool of water. The installation, along with the BUMP mural by artist RUNT, was also the starting point for Art and the City art tours over the weekend.

“Urban alleys have the potential to be transformed from derelict service corridors into sustainable places that are amenities for the public,” says Dr. John L. Brown, SAPL Dean. “Our collaborative research teams are taking a multi-pronged approach to investigate how focused and informed design can facilitate placemaking and economic value. This pilot initiative presents just a first step for how enhanced infrastructure, urban furniture, and navigation cues can come together to develop scalable high-quality urban experiences in Calgary’s downtown core.”

The development of the research project can be followed on its website at sapl.ucalgary.ca/gap