River City 3 is the third phase of a large residential project on the eastern edge of downtown Toronto.

At its base, the design creates an open residential community that responds to the industrial nature of the area, yet incorporates and builds on the significant green infrastructure that Waterfront Toronto is bringing to this district. Born out of the fluidity of the Don River and the Richmond-Adelaide ramps, the concept of movement has had a major influence on the architectural approach of the complex. This can be seen in the dynamic formal language of the new buildings and the conceptual continuities that have been created throughout the site. 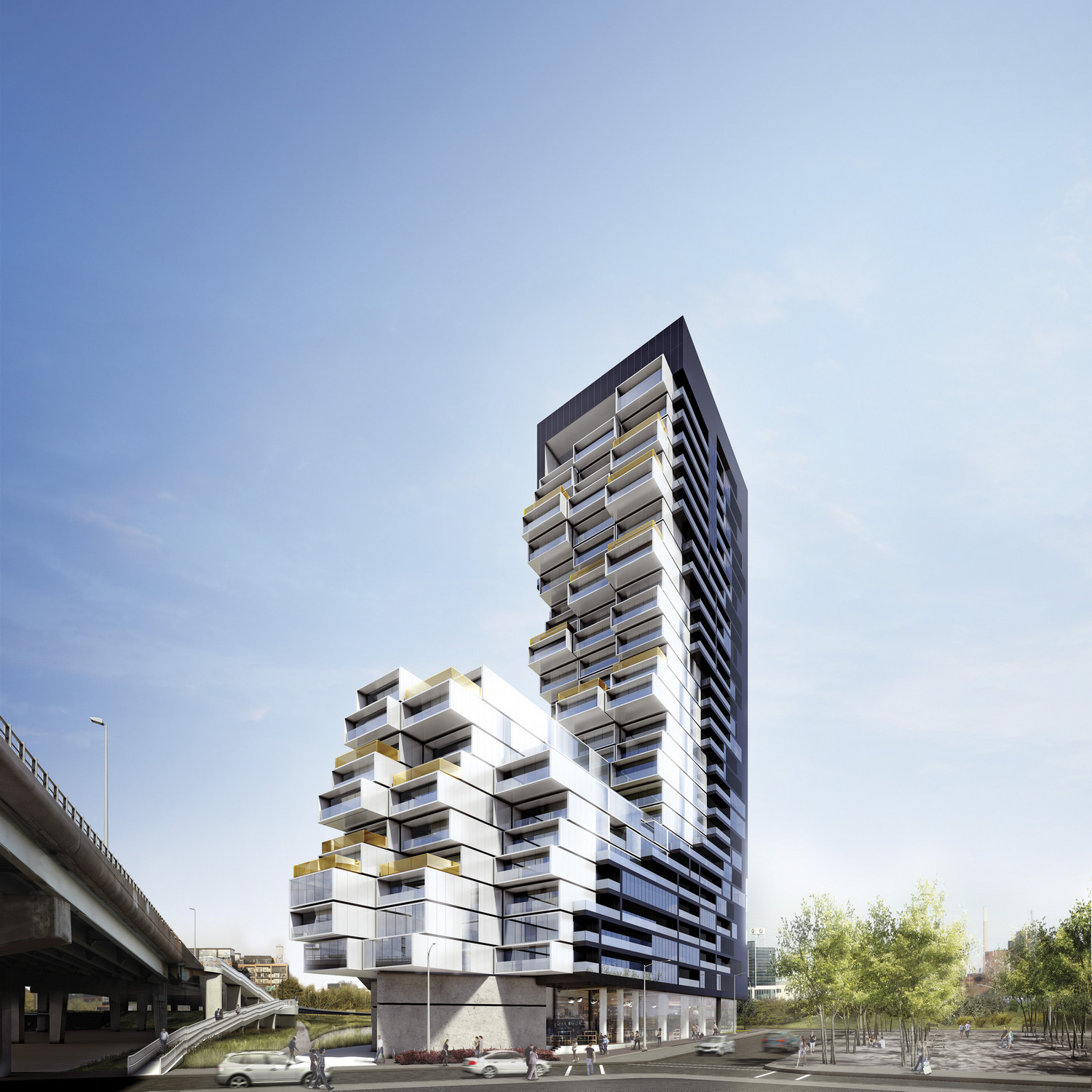 These connections exist over a number of elevations, made possible by the project’s signature tectonic forms: commencing at the corner of King and River Streets, where a large opening in the building façade occurs, these conceptual continuities provide a visual link to Woonerf Street and the interior space between Blocks 22 and 24. From this interior space, a green portion of the north façade of Block 22 rises toward the landscaped roof of that block’s parking structure. Linkages are likewise created between the mini-towers to connect to Don River Park to the east. (The Woonerf Street—a living street designed for pedestrians as much as for vehicles. The term derives from the Dutch word that literally means “living yard,” a narrow roadway with no traffic signs, wide enough to accommodate cars but people-oriented.) 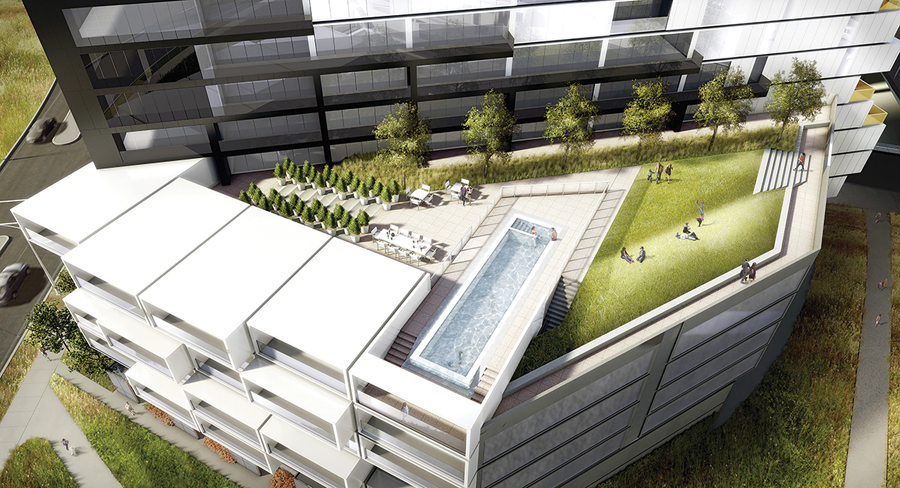 In formal terms, the 28-storey tower is a continuity of the angular black volumes that give shape to the entire River City complex. This final, vertical volume is composed of the elements found on the site: angular crystalline minerals of black and white. Rising to provide views toward the surrounding cityscape and these elements, the tower conceptually erodes to symbolize this dual mineral nature: a solid black object inset with white diaphanous crystals. Facing downtown Toronto to the west, the tower serves as the vertical marker of the city’s eastern edge. 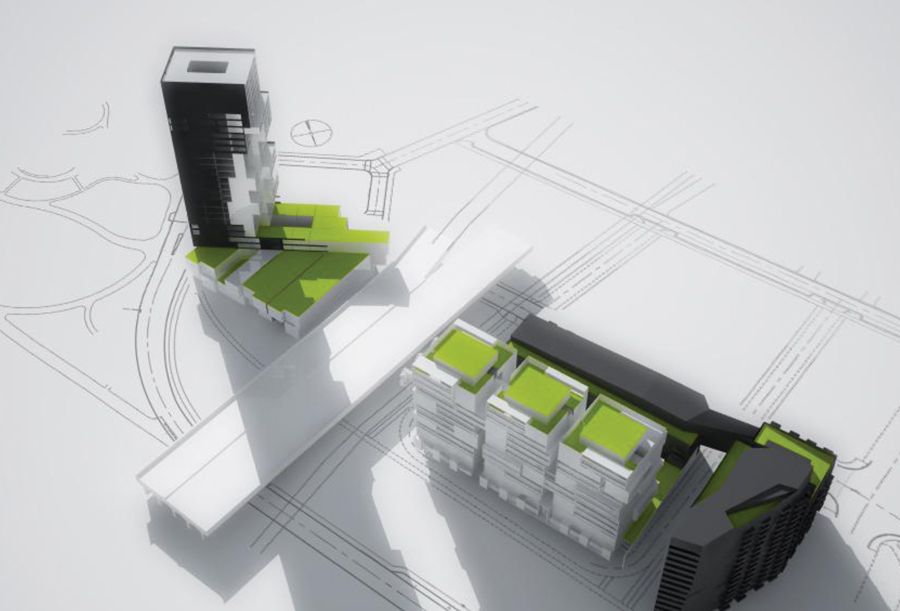 Surrounded by parks and public spaces, and very close to the downtown core, the entire four-phase River City project is designed for livability and maximum sustainability, with a mix of over 1,100 loft-style condominiums, family-oriented townhouses, and ground-floor retail. Spanning the area from King Street East to the new Corktown Common, it is a vital part of the revitalized West Don Lands and the city’s waterfront redevelopment that is well underway.

Shirley Blumberg :: It is a challenge to design an innovative condo building in Toronto. This project in an emerging neighbourhood does this extremely well, with bold composition and a distinct sense of place and context.

Jack Kobayashi :: This deserves an award because it’s important for architects to acknowledge when a condo tower is well executed and remarkable. Architects abandoned the suburbs long ago, but still decry the lack of design therein. We’re in danger of following the same path with condominium towers.

Steve McFarlane :: RC3 is admirable in staking out a territory of invention in the realm of the speculative condo tower. Bold in its formal strategies, the project responds confidently to its context while exploring the tensions between the rush of the overpass, the flow of the Don River, and the glow of downtown beyond.