The Halifax Explosion Commemorative Marker project was designed by Nova Scotia’s RHAD Architects — named one of Canadian Architect’s top emerging firms in 2017 — for the Halifax Regional Municipality (HRM) to mark the 100th year since the explosion, which took place on Dec 6, 2017. 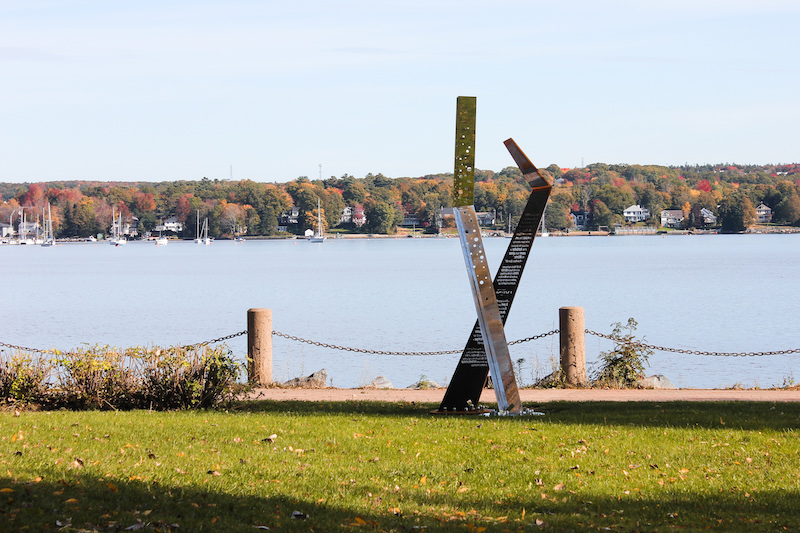 There are 12 ‘commemorative touchstones’ throughout the HRM carrying broad narratives related to the Explosion. A 13th will be installed as part of the Africville Interpretive Plan. Each marker was designed as a tensioned duality; deriving their form from the idea of exploded, sheared off trees that were prevalent in the neighbourhoods post explosion and then, secondarily, developed to evoke biomorphic forms of two people, one from the past and one from today having an interaction. 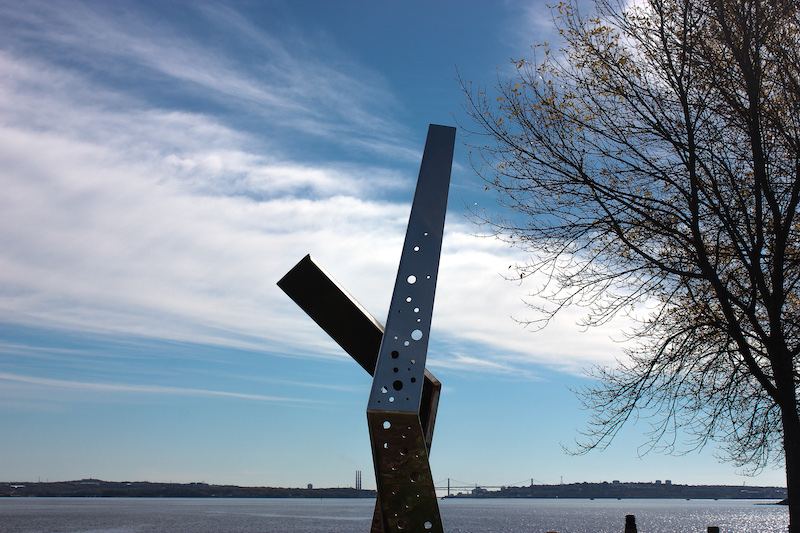 The duality of the form is to evoke the tension between the past and future, tragedy and hope, the Imo and the Mont Blanc, the narrows between Dartmouth and Halifax. 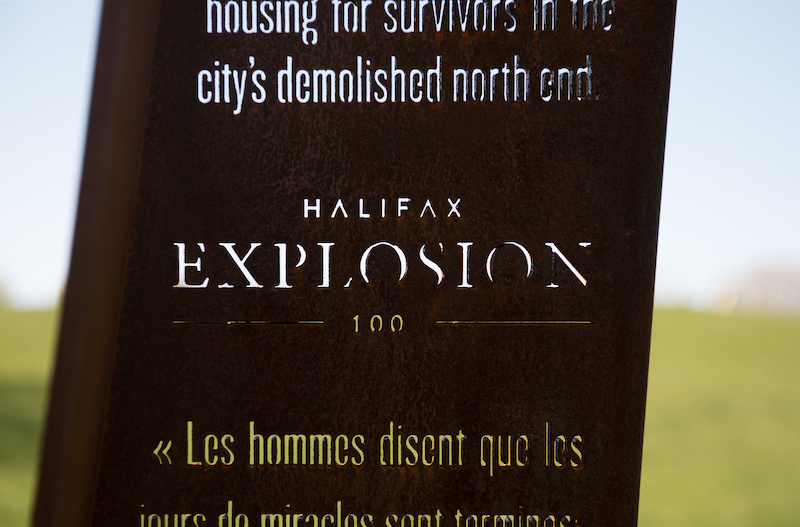 One marker is designed to be a grandfather speaking to a child, one is designed as the past and future walking alongside one another quietly, two others, look back at each other and speak directly. There are 4 “types” of markers. Each marker is partially designed in corten steel, with a short narrative laser cut into the form of the prevalent story for that location. The other form is designed of polished stainless steel with 100 perforations, representing the 100 year commemoration and the lives lost in the explosion. 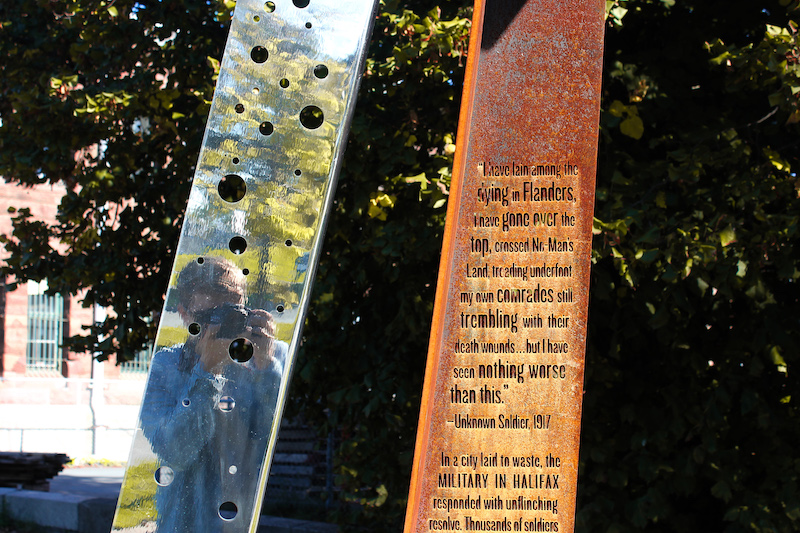 Each form has a myriad of reflected experiences between the two forms. The markers were designed to create limitless possibilities of discovery and experience with each interaction. As sunlight changes throughout the days and seasons, reflections consistently change on the marker. 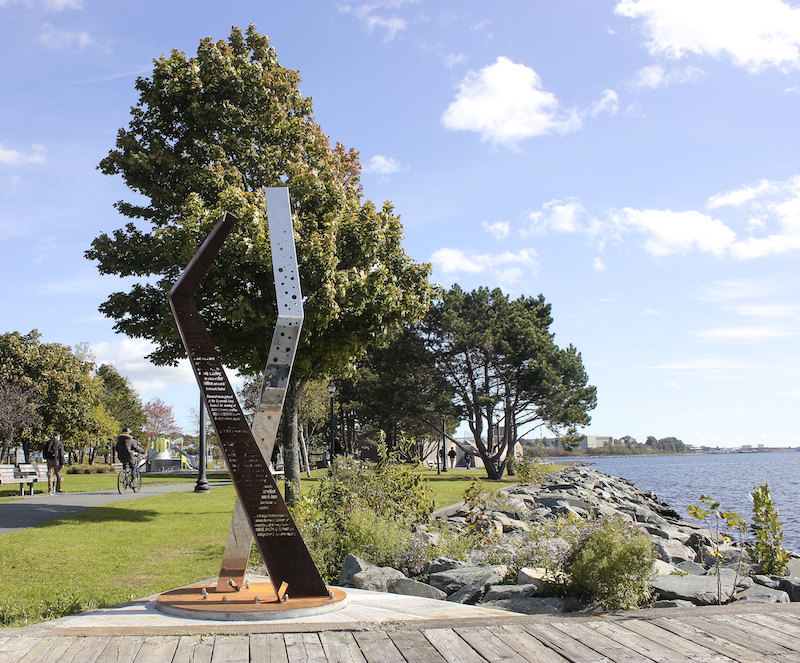 The viewer also experiences being reflected in the stainless steel, and therefore seeing themselves as part of the commemorative marker only to then realize that they are being reflected back with a perforated reflection, providing the viewer with a subtle and unexpected powerful moment representative of the magnitude of what happened that day. 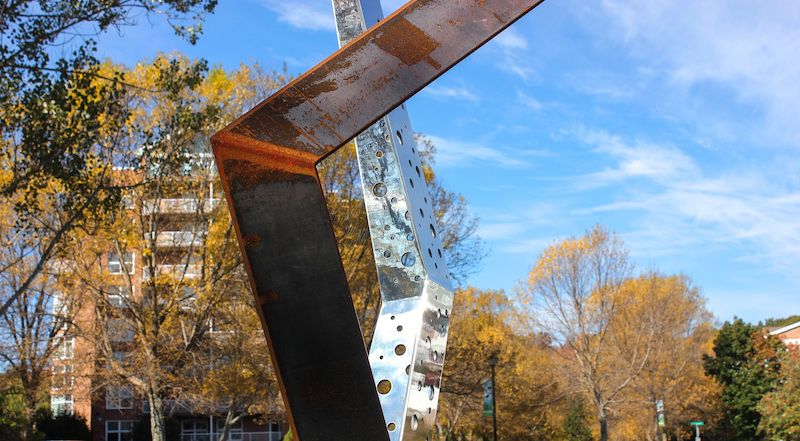 With rain, the rust from the cut story in the corten steel form weeps from each letter. At times, sunlight will pierce through the perforations and shine through to the ground or the adjacent corten form, speaking to the hope and resiliency of the city that was born from the tragedy.