Removing Barriers to Decarbonize Our Cities

This op-ed is the third article in a series of ‘SvN Speaks’ conversations with industry thought-leaders on helping architects and planners to decarbonize our cities amidst a climate crisis.

We have less than 10 years to make real progress to stay within 1.5 degrees of global warming. Given that buildings are responsible for almost 40% of global annual carbon dioxide emissions, how can we set achievable goals to reduce greenhouse gas (GHG) emissions so that we can reach net-zero levels of construction by 2050 or sooner? 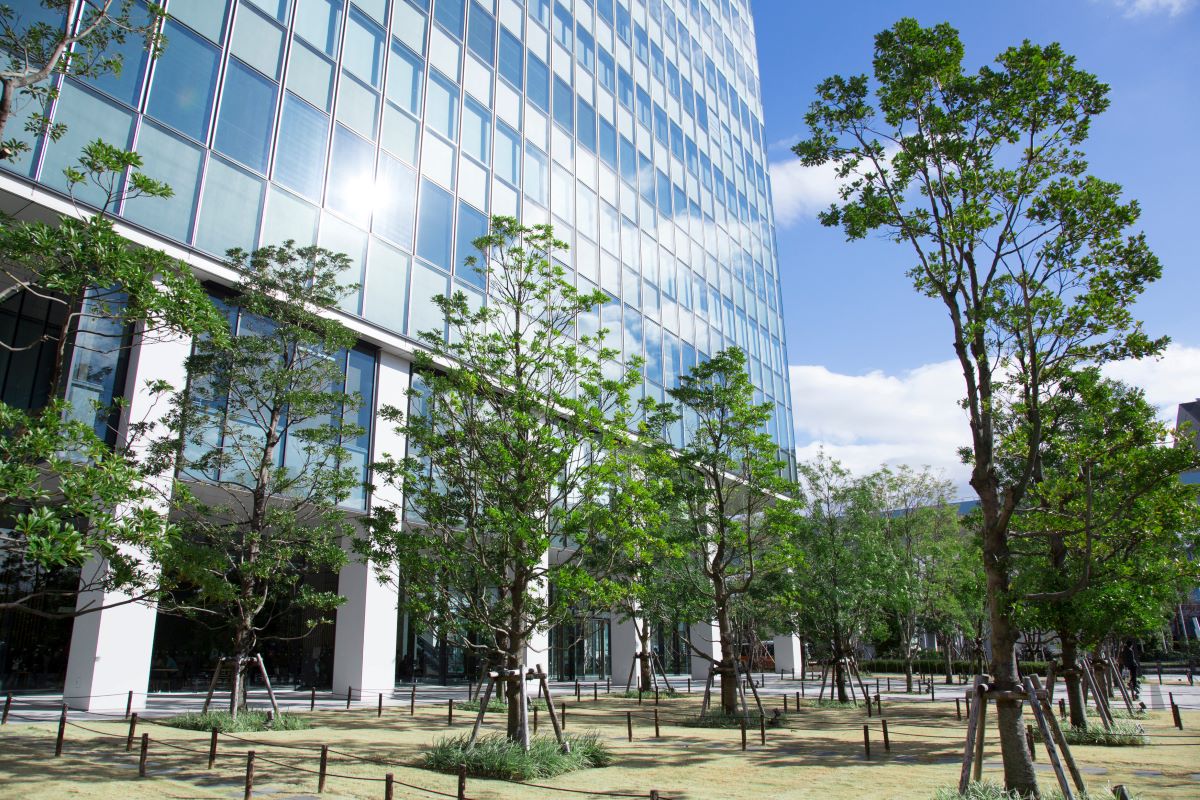 I recently met with Toronto urban affairs writer John Lorinc and Brandon Donnelly, Managing Director at Slate Asset Management, to discuss their views on removing overly prescriptive and rigid policies to build net-zero cities. Focusing on Toronto, I wanted to know how we can improve our policy frameworks to support net-zero construction.

The topic for this discussion was inspired from one of the key findings in a report our firm released called “The House is on Fire!” that challenged the disconnect between the process of revising the City of Toronto’s Official Plan and embedding its inspiring programs intent on a climate-positive urban planning framework. One of our key areas of focus identified in the report includes methods and approaches to incentivizing low-carbon building design and construction.

Below are some highlights from the SvN Speaks discussion I had with Donnelly and Lorinc about the issue. You can watch the full conversation on SvN Speaks here.

Over the last 25 years, Toronto developers have responded to our current planning paradigm with tall buildings—an energy-intensive approach to construction–an approach to city building that both Lorinc and Donnelly described as “Tall and Sprawl” and defined as dense pockets of growth surrounded by sprawling low-rise buildings. “If our only goal was sustainability and low-carbon, would we build the city this way? The answer is no. It’s fine to build at a high density where there’s a transit node, but there is nothing you can get to in many of these locations without walking,” Donnelly said.

The City of Toronto doesn’t clearly define built-form solutions to level out the “Tall and Sprawl” condition to achieve more equitable city-wide densities. Instead, the City describes limitations and restrictions rather than articulating a clear vision for a desirable built form. One of those restrictions includes land-use designation. I asked Donnelly and Lorinc to describe which land-use designations present the most significant impediments to reaching net-zero by 2040.

For Donnelly, major streets like Dufferin or Bathurst, which serve as urban “connective tissue,” are mismatched in terms of density and development to their adjacent neighbourhoods. He also noted the importance of updating our definition of “employment lands” to reflect today’s reality.

Lorinc reiterated the significance of Bathurst and Dufferin Streets in the context of other arterials that comprised the “Avenues” planning policy described in the Official Plan that emerged 20 years ago. First developed by former City of Toronto Chief Planner Paul Bedford, the Avenues intended to direct growth to key main streets and support infrastructure (i.e., transit, retail, and community services) while protecting the character and stability of adjacent neighbourhoods. While this concept was generally well-received at its inception, Lorinc stated, “The City did not imagine a spiky city. Developers subverted their mid-rise design guidelines in favour of much taller pointy towers and a completely different type of built form.” Clearly, this is not what we wanted from an Official Plan that has only added, according to Lorinc, “neighbourhood opposition to point towers and a type of built form that is extremely carbon-intensive to build.”

Alternatively, we should encourage policies that support efficient transit and municipal infrastructure. Edmonton provides a helpful example of a city that recently took the step to move away from single-family zoning. I asked Lorinc and Donnelly their thoughts on making similar reforms to our current planning approvals process.

“We have a governance system which hugely gives preference to owners of single-family dwellings. This bias is a monumental obstacle to move toward adequately dense urban form,” Lorinc responded, adding, “There is a fundamental problem where the City is governed and the power they have over zoning, especially residential zoning.”

Donnelly recognizes the challenges of building in a city where planning approvals for even a modest mid-rise building take too long. When combined with rising construction costs, developers push for bigger and bigger projects. “You are trying to find the economy of scales, and with the time it takes to get something approved, you want to do the biggest project you can do. Otherwise, you’ll risk losing money,” he added. When combined with a planning regime that empowers opposition to urban intensification from residential associations dominated by owners of single-family dwellings, it isn’t surprising that we have a housing shortfall.

As the CMHC noted in June, we must deliver 3.5 million new homes by 2030 to address housing affordability. Providing housing to Canadians at more than double the current pace echoes other reports investigating our acute housing shortage. However, building housing with a lower carbon/unit through low-rise buildings rather than single-family homes is a positive direction in combatting housing affordability and our climate crisis. I asked Donnelly and Lorinc their thoughts on this issue.

They believed the growing interest in prefabricated mass timber is an essential part of the solution, especially given the momentum for its adoption and for reasons which include cost and reliable supply. But incentives such as increasing the delivery of low-carbon buildings or better site plan control bylaws remain to be seen. Lorinc cited housing kits—an early example of prefabricated or modular housing—which allowed Canada’s cities to quickly and affordably respond to the housing crisis just after the Second World War.

“There should be incentives for new buildings disconnected from the natural gas grid, which accounts for 40% of the city’s GHG. Or a development proposal could be graded based on carbon performance, accelerating the more energy-conscious projects,” remarked Lorinc, adding that TransformTO is a crucial document to get to 2050 targets. There should be penalties too. Lorinc mentioned New York City’s Local Law 97, effective legislation that delivers significant fines for building owners who don’t reduce carbon by transitioning their buildings from oil to natural gas.

Donnelly mentioned expediting a planning process where more projects should be as-of-right as a method to accelerate climate-positive development. He cited the deferral of development charges and bylaws to facilitate laneway housing. Another example is mass timber construction, which typically has higher floor-to-floor heights than traditional concrete construction. The City views height as a critical driver for approvals, but as Donnelly noted, “We have to make a decision: is height everything, or do we care about rolling our mid- or high-rise construction in a sustainable way.”

You can have your density and equitable services too

Scaling up construction that reaches post-carbon targets requires an evolution of the approvals process and incentives for builders while ensuring an equitable distribution of services, particularly transit. Lorinc added, “Montreal built postwar suburbs with real amounts of density—semis and triplexes. Edmonton decommissioned an airport and is building dense suburban housing on the site. It’s a sellable product. With density, you can enable retail in those neighbourhoods.”

Decarbonizing our cities comes down to a basic equation: facilitate the approvals for mass timber and other post-carbon-friendly construction, build enough density to support transit and other services, and penalize builders who lack the ambition to reach net-zero targets. We have a lot of work to do, but we have the tools to achieve our goals.

Drew Sinclair is a Principal and Managing Partner at SvN Architects + Planners. This op-ed is part of an ongoing series of conversations between SvN, city building, and policy experts leading the way in helping the building industry achieve a net-zero future.