Awards can have a significant impact on an architect’s prospects—even more so when they come along early in a career. For Taymoore Balbaa, MRAIC, winning the RAIC Young Architect Award in 2011 was an early sign of the stellar career ahead of him.

Balbaa was the inaugural winner when the prize—now known as the Emerging Architect Award—was first established. He is the first in our series on award recipients past and present. 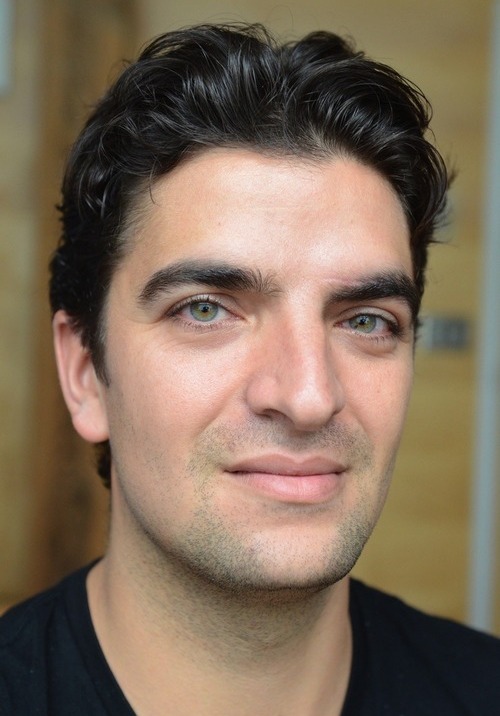 “It was extremely memorable—not only receiving the news, but also having my work adjudicated by people I highly respect across Canada in the worlds of design, academia and journalism,” said Balbaa.

One of the motivations for submitting to the awards competition was the way the prize criteria reflected his work at the time. Balbaa was a burgeoning architect and academic, and the award addressed both sides of his early professional career.

This was not the first major accolade for Balbaa, who also was the inaugural winner of the Canada Council for the Arts’ Prix de Rome in Architecture for Emerging Practitioners in 2005, and won the RAIC’s Medal for Outstanding Thesis after graduating with his master’s in architecture from the University of Waterloo.

Many of the same beliefs and motivations behind his thesis work can be found in Taymoore’s current projects and teaching. An important element of his thesis was conceiving of “bridges that were not only a way to connect, but could also be inhabited in some way,” says Taymoore. “I think they define me as a cross-cultural kind of person.”

Balbaa grew up in various places around the world on account of his father’s work as an engineer. He credits this, as well as his mixed heritage, to his understanding of architecture and design in a global context. These ideas continue to inform his work to this day.

“I think this idea of bridging the divide still permeates my work as an architect and designer. I still throw myself into international design competitions in all parts of the world and trying to understand the context of the contest I’m designing for.”

In 2010, Balbaa was a founding partner of Atelier3AM, now Axia Design, a multi-disciplinary firm actively engaged at the intersection of design and research. The firm was established with Balbaa’s long-time friend Chris Wong.

Wong and Balbaa met as first-year undergraduates at the University of Waterloo. Their collaboration extended beyond the classroom: while working at other firms and pursuing solo practices, the pair continued to submit to international competitions together.

The firm’s portfolio covers a wide array of projects in the built environment, from custom residential to social housing, transportation, and high-rise apartments in Hong Kong.

When the pandemic disrupted the architectural profession, Axia was quick to adapt, with the greatest challenge coming from their small size and the need to juggle multiple projects.

“We’re a very versatile firm,” said Balbaa. “As a small firm, sometimes it’s all-hands-on-deck to support another person at key moments and at key milestones of a project.”

“People strive toward academia for different reasons. For me, it’s a love of research,” said Balbaa. “I think in another life, I would have pursued my Ph.D.”

Winning the Prix de Rome early in his professional practice was impactful because of the prize’s criteria, which blend research and professional work.

“That put me down a resolute path of juggling those two worlds,” said Balbaa, who used the prize to work and conduct research in Spain, West Africa, Greece and Egypt. Balbaa has lectured at universities in Berlin, Napoli, Tunis, Istanbul, Halifax, Sardegna and Ottawa.

“I’m so fortunate to work with the young minds that I do, they keep me on my toes,” said Balbaa. “Not only for emerging trends, technologies and environmental and social concerns, but I can also give something back to them.”

“Academia is what allowed me to be a sole practitioner,” he says, recalling how he augmented his early design firm’s income with teaching as a sessional instructor in both Toronto and Waterloo.

Even though the name of the Young Architect Award has changed, the purpose of the honour remains the same. The Emerging Architect Award recognizes a talented architect for excellence in design, leadership, or service to the profession. The recognition aims to reaffirm a practitioner’s confidence in their work and push them towards greater heights.

“The RAIC has done a lot to embolden generations of architects in this country. I’m no longer a young architect, I can say, but I am still truly honoured with receiving the award,” said Balbaa. “I hope to make good with my work and practice.”