The Royal Architectural Institute of Canada (RAIC) will unveil a beautiful new design for the Governor General’s Medals in Architecture during the 2018 awards ceremony on Thursday in Winnipeg.

“We are very pleased to share the new medal for architecture named for the Governor General of Canada,” says RAIC President Michael Cox. “The medal has been refreshed and redesigned. It reflects our history and the contemporary nature of architecture. The medals are beautiful works of design and symbolic tokens which reflect the esteem in which we hold the recipients. We are delighted to inaugurate the medal at this year’s award ceremony.” 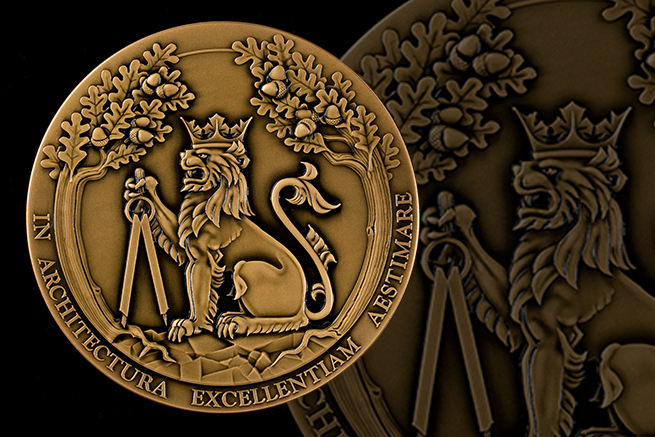 The updated Governor General’s Medal in Architecture depicts a lion which is a symbol of the Governor General of Canada, on behalf of which the medals are awarded. The lion is wearing a crown of maple leaves and holding a compass. The crown indicates that the awards program is administered by the Royal Architectural Institute of Canada. The maple leaves signal that this is a Canadian award. The compass is a drawing and measuring tool for architects.

The lion is sitting on a rocky mount between two oak trees with acorns. The rocky base and the trees represent two of the most common construction materials — stone and wood. They also evoke a landscape. In the same way as a building, the oak tree, symbolizing sturdiness and excellence, expresses the notions of shelter and protection. 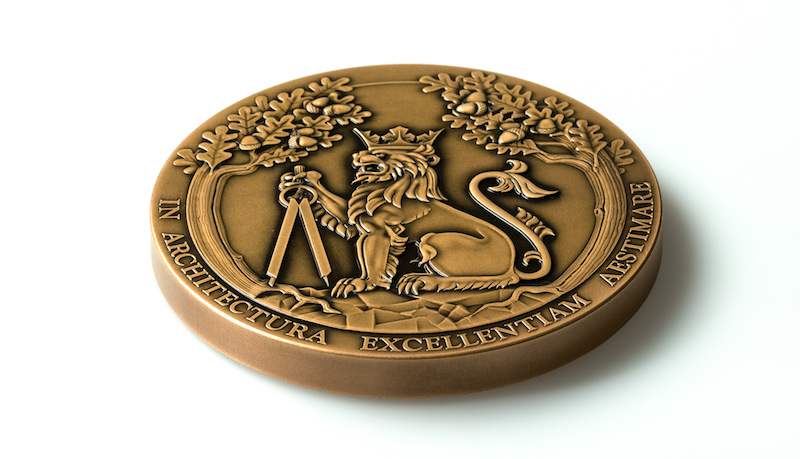 The image is encircled by a motto in Latin “Recognizing excellence in architecture” which is the purpose of the medals. The name of the winning project and firm is engraved on the reverse side. The medals were designed under the auspices of the Canadian Heraldic Authority with direction from the RAIC Board of Directors. The medals were produced by the Royal Canadian Mint. The previous medal was designed in 1982 and depicted a lion with a crown holding a maple leaf. 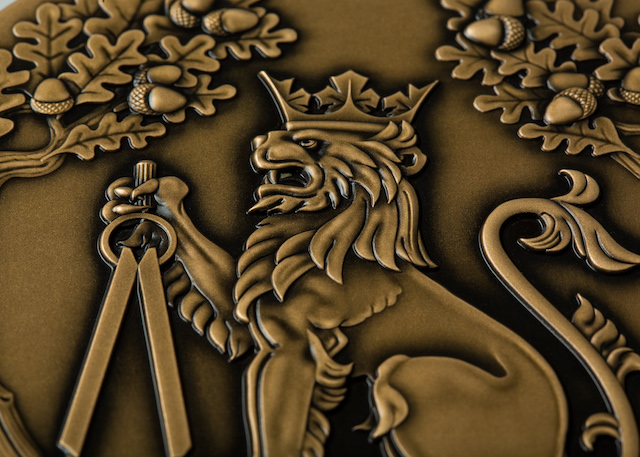 On September 12, the public is invited to a free evening of lively presentations at the Canadian Museum for Human Rights in Winnipeg from 6:00 p.m. to 8:00 p.m. The 13 award recipients will share stories of their extraordinary projects, from conception to execution.

Two Manitoba projects will be honoured during this two-day celebration, presented by the Royal Architectural Institute of Canada (RAIC) the Manitoba Association of Architects, the Canada Council for the Arts and the Canadian Society of Landscape Architects.