The Royal Architectural Institute of Canada (RAIC) is developing the third edition of the Canadian Handbook of Practice for Architects. Known as ‘CHOP’, the handbook is described by the RAIC as “the definitive reference for the architectural practice in Canada. It reflects the standard of care to be exercised by architects in delivering architectural services. It encompasses both the context of architectural practice as well as the many processes and tools in practice and project management.” 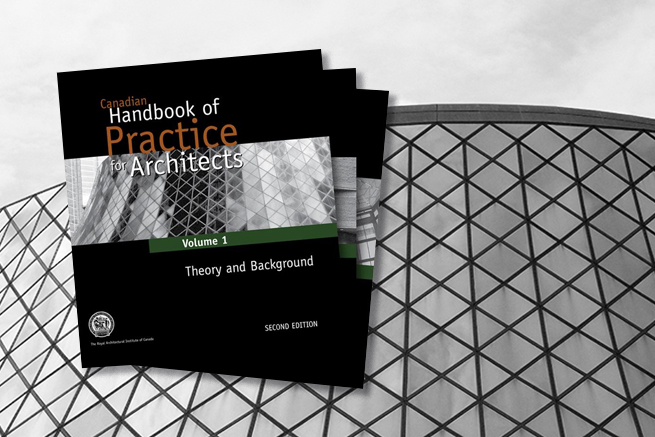 To help develop CHOP’s new edition, the RAIC is seeking feedback from the Canadian architectural community, with two surveys offered. “Since the CHOP 2nd Edition was released on 2009, there have been evolving changes in the design/construction industry, such as BIM, changing project delivery methods, and the demand for more efficient buildings that reduce our impact on the environmental,” the RAIC website explains. In addition to general input from architects, “Groups in the architectural community with specific interests are encouraged to provide written statements on contemporary architectural practice and interests.” Written submissions will be accepted until February 26.

Alongside the general CHOP third edition survey, a more in-depth version is also offered. The short survey will take between 5-15 minutes to complete. It explores the use of the CHOP and how it can be improved. The in-depth survey probes overarching themes in architectural practice, and is anticipated to take 1.5 hours to complete, for which the participant will receive structured continuing education hours.

The third edition survey is available here, and the in-depth edition can also be completed online, at this link.

The delivery of the CHOP 3rd Edition on multiple platforms is planned for early Spring 2019. It will be available to all Canadian architects and interns free-of-charge. More information is available via the RAIC website.