Brent Bellamy is an architect and creative director at Number TEN Architectural Group in Winnipeg. He has become a leading advocate for sustainable city-building and human-focused design through public speaking, teaching, mentoring, writing, and engaging with conventional and social media.

Since 2010, Bellamy has contributed a regular column called “On Architecture” to the Winnipeg Free Press, in which he explores the connections between design and economic growth, environmental sustainability, civic competitiveness and quality of life. 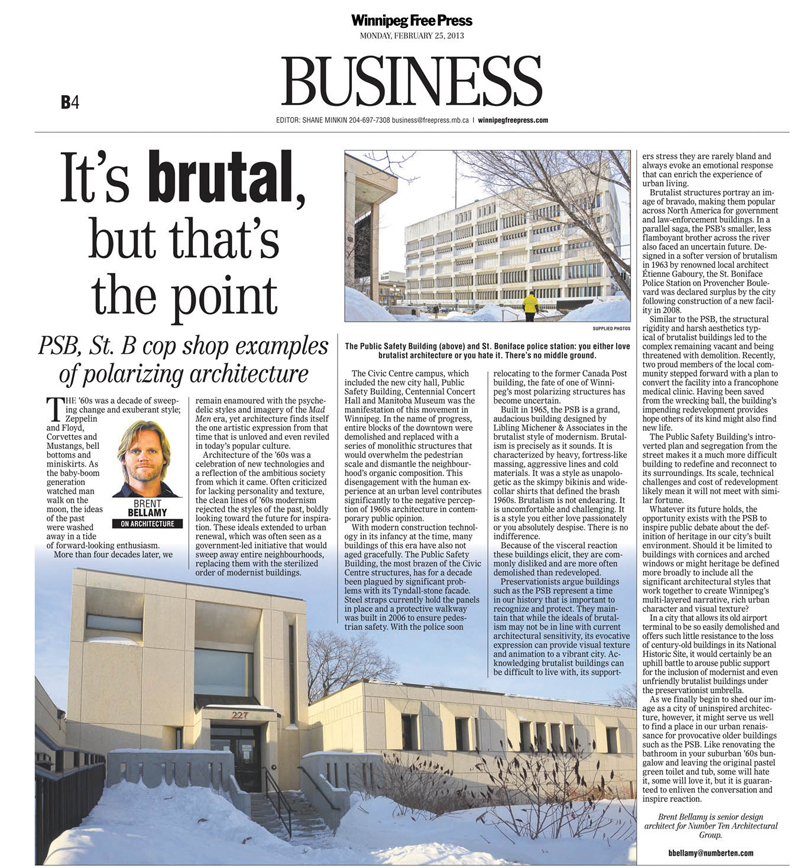 Its popularity led the newspaper to produce a multimedia series and book, City Beautiful: How Architecture Shaped Winnipeg’s DNA, with Bellamy as architectural advisor, narrator and content provider.

Bellamy also uses social media to amplify his advocacy, and his opinion is often sought on radio, television and in print.

In 2014, Bellamy became a key organizer of Winnipeg’s first mayoral candidates’ debate on architecture and design issues. In 2018, during Winnipeg’s public debate on reopening Portage and Main to pedestrians, he emerged as the leader of the Vote Open side, participating in media interviews, public forums and door-to-door campaigning.

Bellamy’s political engagement has brought opportunities to influence public policy, including as chair of CentreVenture, the arm’s-length downtown development agency of Winnipeg. He is also a jury member of the federal’s government’s Smart Cities Challenge competition, open to municipalities, regional governments and Indigenous communities. 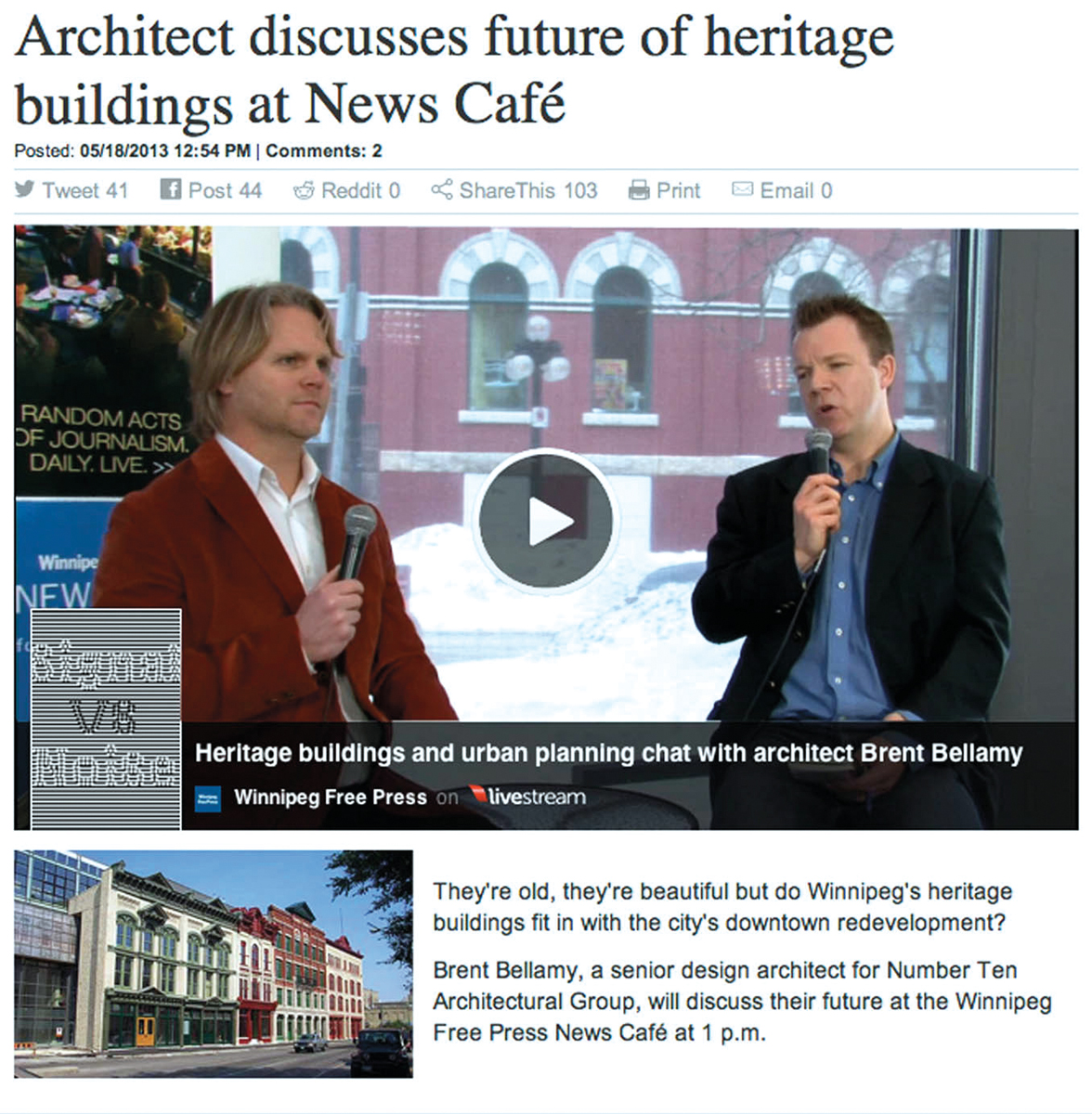 Bellamy illustrates the idea of the architect as a civic leader. His passionate advocacy for architecture is responsible for a strong public appreciation of architecture within his community and beyond. As a writer and columnist, he underscores the importance and impact of architecture in everyday life and promotes innovation in architecture and design.

Bellamy’s dedication to excellence extends beyond architecture. He embraces the idea that design can influence all, and creates a foundation for equity in society. We can only hope that many other architects choose to follow his example.