Montreal celebrated its 375th birthday in 2017, with the inauguration of several “legacy” projects”. One of these was a new park located only steps away from the city’s Botanical Garden and its iconic Olympic Stadium. Named after Italian-born artist Guido Nincheri, the park was part of a much larger urban scheme, which included the widening of the Botanical Garden’s entrance and the radical transformation of a busy traffic intersection. It was also designed as a symbolic gateway to Espace pour la vie (Space for Life), a highly popular cluster of facilities dedicated to life sciences exhibitions. 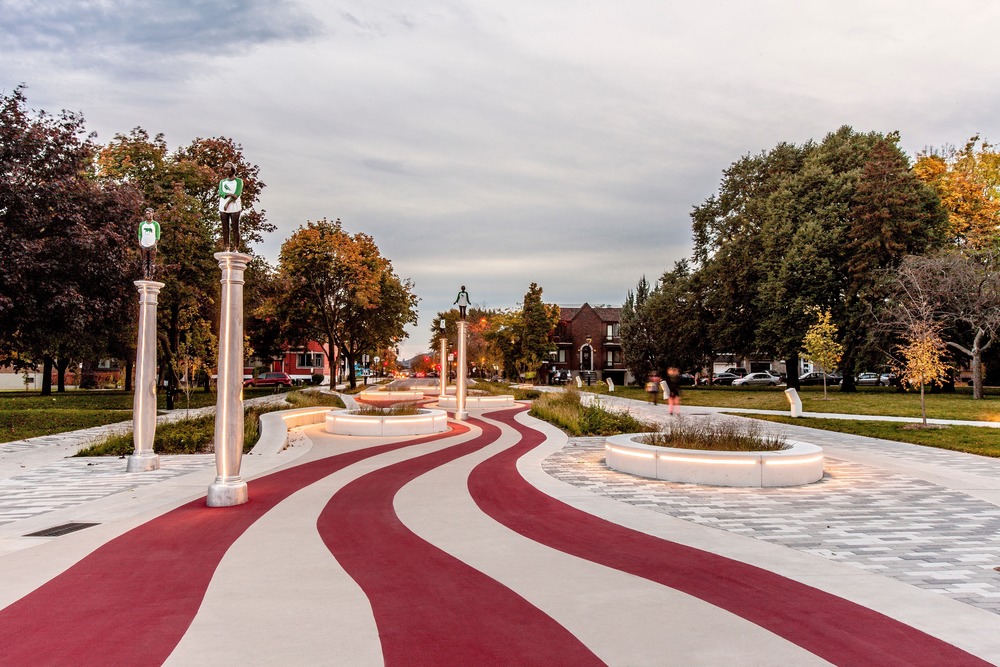 For the firm civiliti, the prime source of inspiration was the image of a tall tree trunk, cut lengthwise and laid on its side. Undulating red lines running through the entire length of the site allude to the sap flowing up the trunk. Knots are transposed into raised oval planters and seating areas. Curvilinear borders and low walls, defining the trunk’s outer limits, create a transition between the strong graphics and the subtler paving pattern suggestive of bark.

The narrative was first explored in schematic drawings showing the linear movements, the patterns and the meandering surface gutters that channel rainwater to the park’s catchment basins. The integration of vegetation, textures and seating elements was carefully studied as was the ambience lighting meant to put subtle emphasis on the park’s new and existing features. 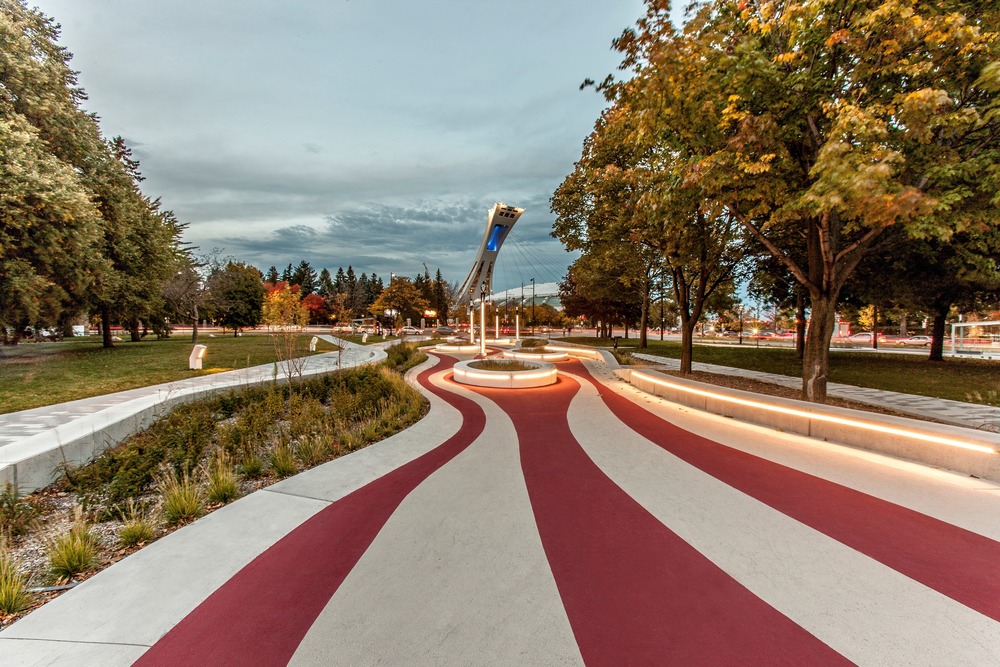 The Parc Guido-Nincheri features an artistic installation bequeathed by Quebec City to commemorate Montreal’s anniversary. Artist Jean-Robert Drouillard’s installation took the form of four columns supporting figures of young men and women dressed in baseball uniforms. Numbers inscribed in the back of the figures refer to important dates in the history of Montreal. The architects collaborated with the artist to insure a dynamic integration of the columns within the overall pattern. 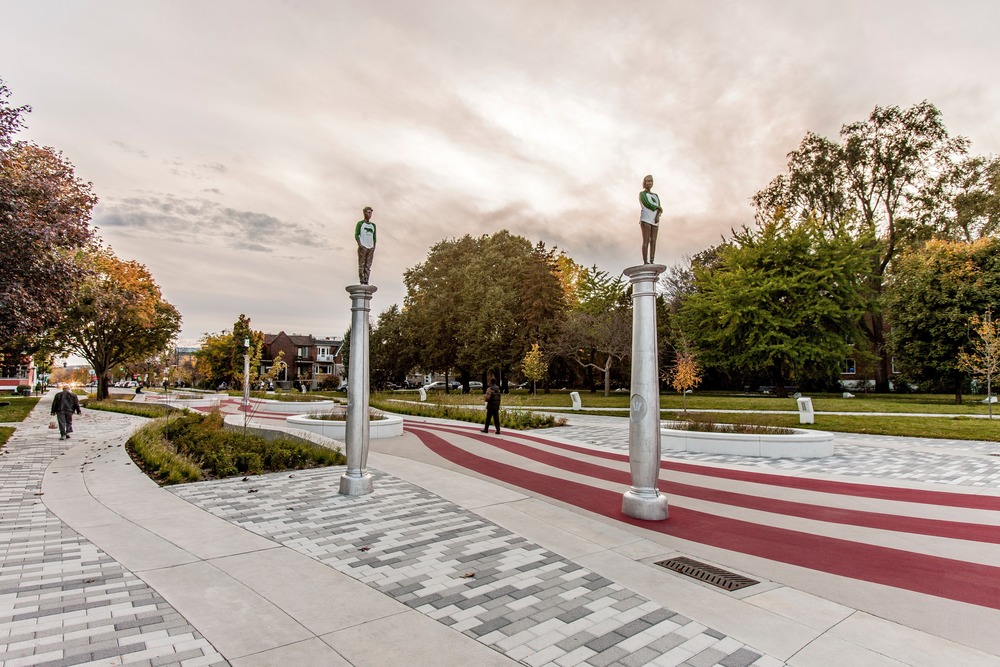 The Parc Guido-Nincheri has become a lively transitional space between high-density low-scale neighborhoods and the more imposing metropolitan-scale facilities of Espace pour la vie. The park, which replaced a busy intersection, has quickly gained the approval of the surrounding community.