What was once a run-down and car-centered stretch of a storied Montréal street has been transformed into a pedestrian hub thanks to Provencher_Roy’s reimagination of Sainte-Catherine St. West. 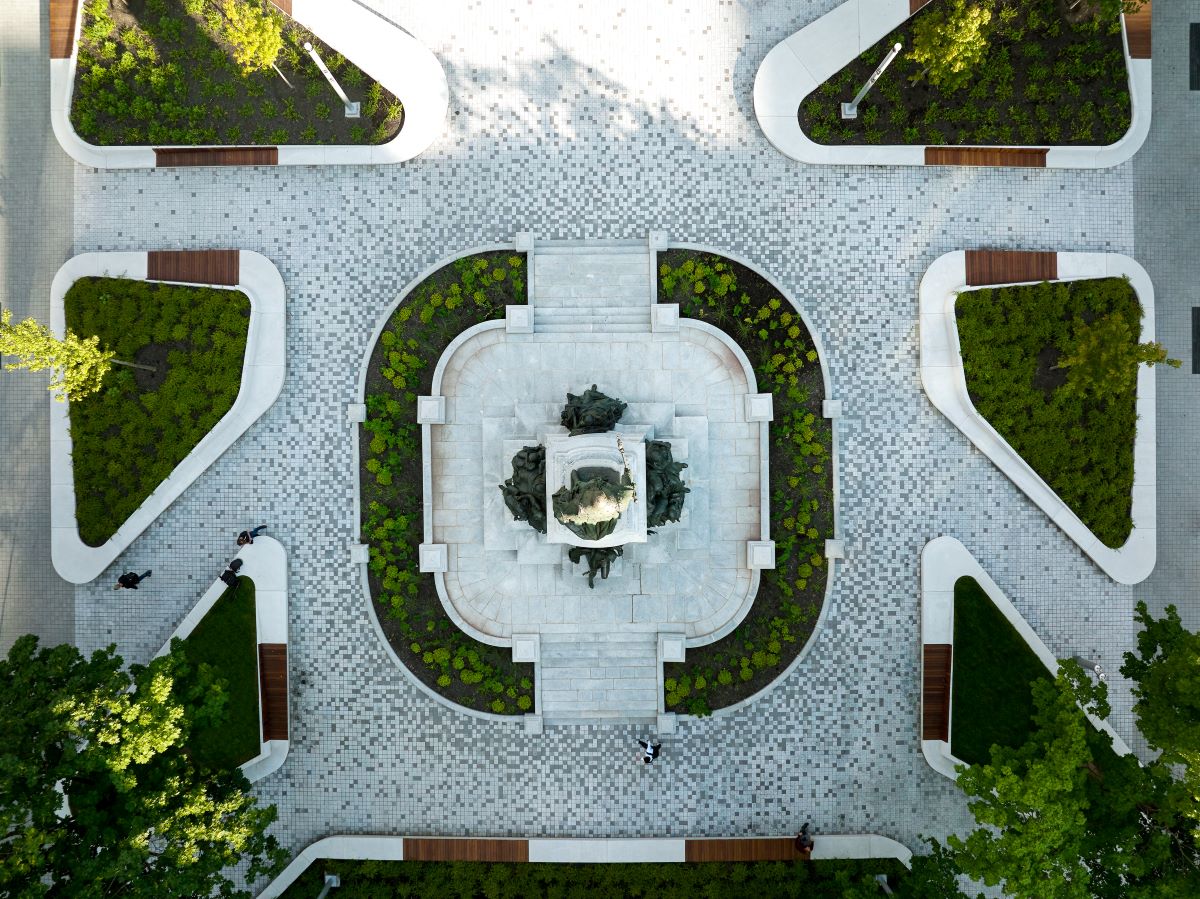 By transforming a four-lane road into a pedestrian-oriented one with a single lane of car traffic, the redesign creates a promenade stretching six blocks between De Bleury and Mansfield Streets where cars, cyclists, and pedestrians share the road.

The promenade showcases the historic department stores along the stretch and knits the area into the surroundings. Phillips Square is expanded, making a new, green public hub for the city whose ambition is to transform Montréal into the greenest city center in North America. 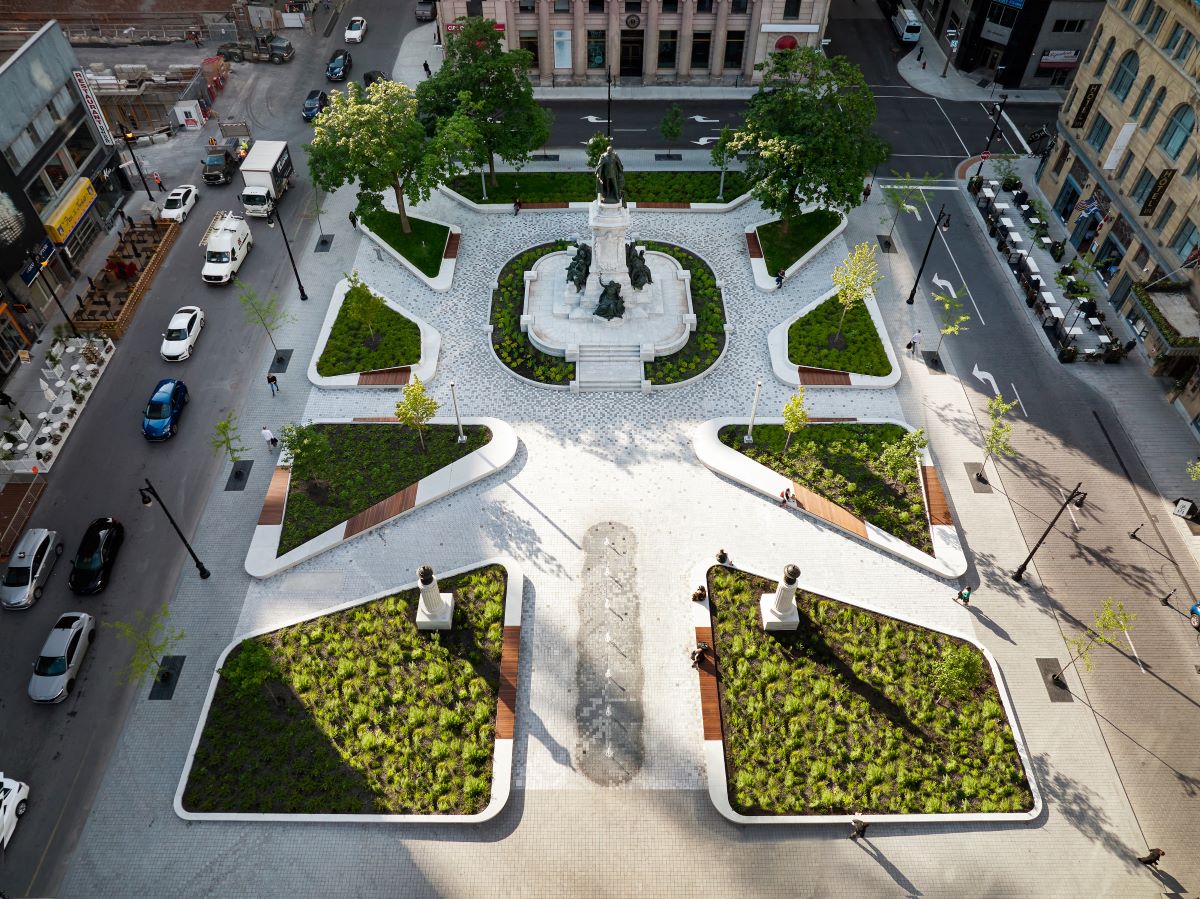 The new Sainte-Catherine St. West works in tandem with the redevelopment of the Quartier des Spectacles to the east and the planned redevelopment of blocks further to the west to create a cohesive and greener heart for the city.

The plan eliminates street parking and drastically widens the sidewalks, flipping the proportion of space allocated to cars and pedestrians to turn it into a place for people. The new shared street creates a linear plaza that links the previously disjointed network of squares, monuments, and historic buildings into a cohesive urban landscape. Bronze plates set in the street serve as urban markers, identifying the grand turn-of-the-century department stores and commercial buildings that lend this area its storied heritage.

Newly laid pavement features modular paving to mark different spaces and their uses. Ranging from dark grey to light grey, the paving informs pedestrians on the presence of the vehicular lane or the safe pedestrian zone. The changing colours emphasize which zones are exclusively for walking and which are shared with cars and cyclists, creating a safe environment while maintaining a cohesive and unified public space. 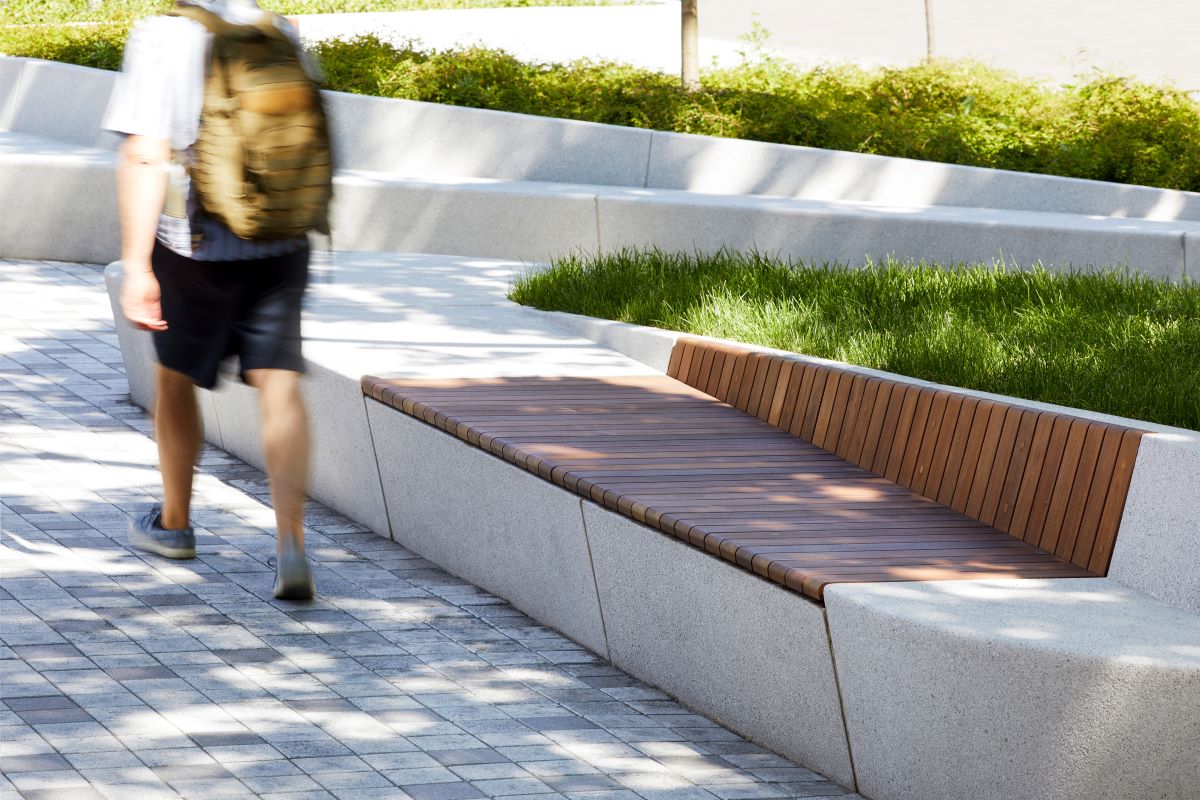 To complement this, the plan also changes the density of tree plantings, grouping them closer together in quieter areas and spacing them apart in livelier ones. The pattern unifies the entire stretch as a single, cohesive promenade while creating a rhythm of intensity across it.

The shared street also promotes sustainable mobility by encouraging walking and cycling, and enhances accessibility regardless of mobility status, allowing this beloved Montréal street to be enjoyed by all.

“We literally created a romantic oasis in the heart of downtown and I hope that Montréalers will embrace this revisited garden, the refreshment of its shaded areas and its water features, while enjoying the views of the historic buildings that frame it” says Sonia Gagné, principal partner and architect who led the design for Provencher_Roy.

Provencher_Roy devised a greening strategy that includes five tree varieties chosen for their tolerance to urban pollution, their hardiness, and their resilience, promoting biodiversity while limiting the loss of trees to disease. Along Sainte-Catherine St., generous and continuous planting pits make it possible for trees to grow to their full potential.

At Phillips Square, the existing trees are preserved, and new ones added along the edges help frame the street. To evoke Victorian gardens, lush flowerbeds are juxtaposed against rougher plantings with soft hues in violet, blue, pink and white. The square becomes an oasis of greenery in the city defined by its rough-hewn, naturalistic aesthetic that echoes English garden design. 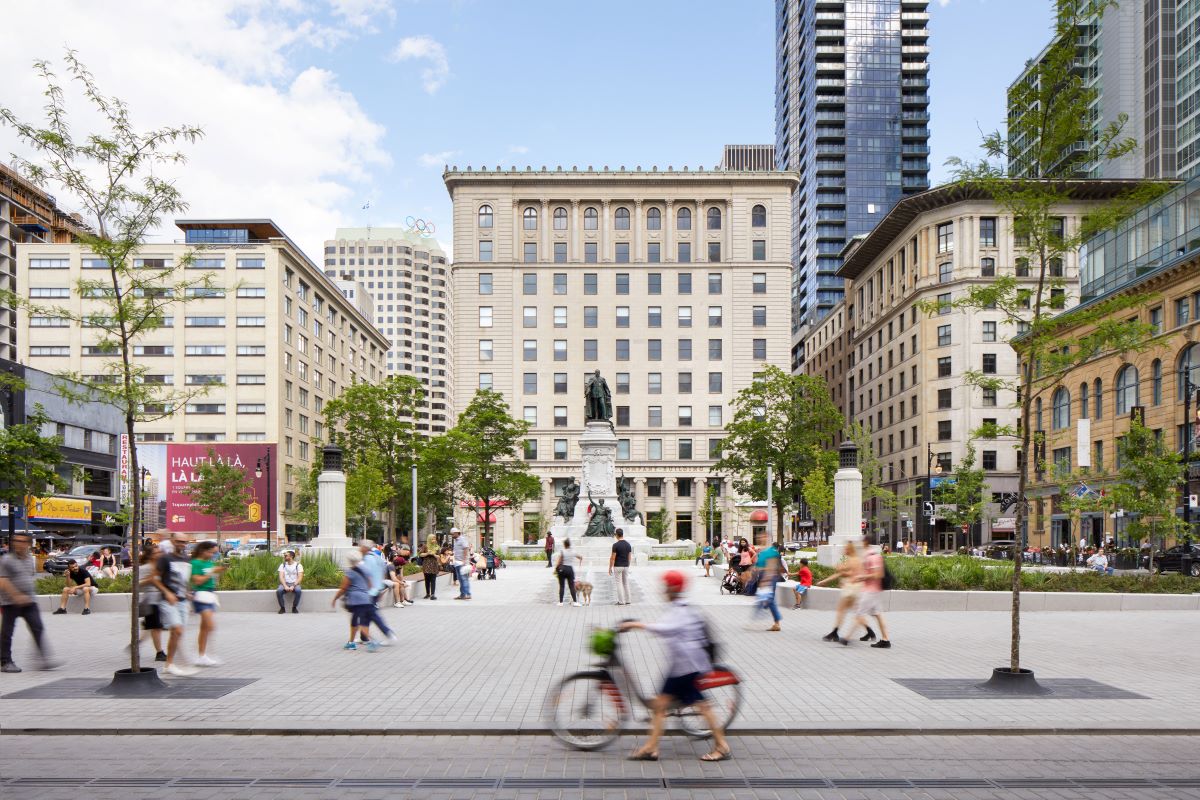 Other sustainability measures include the use of a low-level irrigation system for the flower beds to minimise water demand; the reuse of runoff water; the implementation of a recirculated water system for the water components; the use of locally sourced, highly reflective materials to mitigate heat island effects; and the addition of LED lighting to reduce light pollution.

The Diwan Pavilion opens at the Aga Khan Garden, Edmonton