On Friday, November 2, Toronto’s Kensington Market neighbourhood will host ‘Poetry & Architecture in Conversation,’ a unique event exploring the genre-jumping work of three Canadian poets, architects, and artists. Focusing on the work of Ingrid Ruthig, Ted Landrum, and Komi Olaf, the event will also feature a Q&A, moderated by Canadian Architect’s own Elsa Lam. 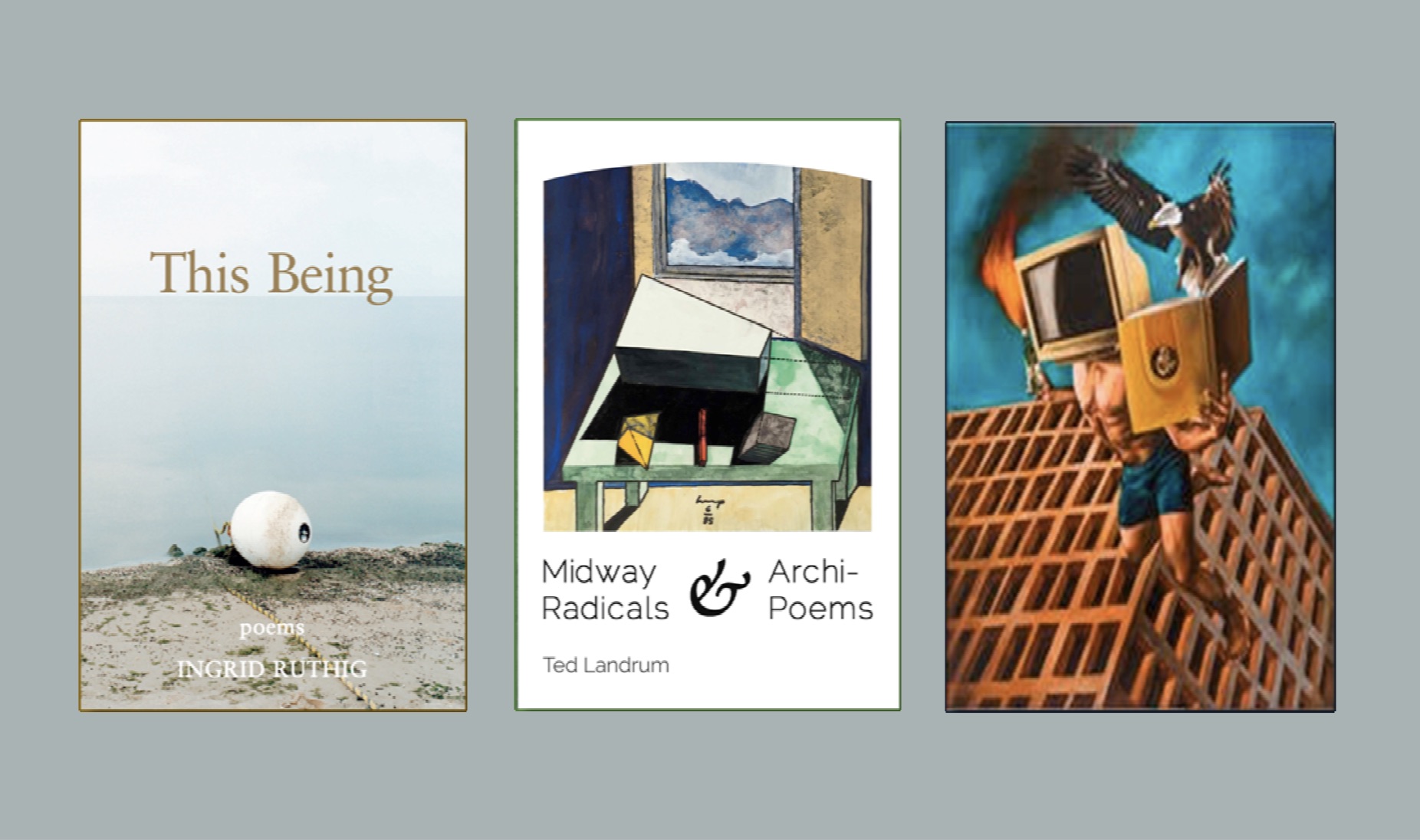 Two recent books, Midway Radicals by Ted Landrum, and This Being by Ingrid Ruthig, are both by poets educated in architecture. Landrum is on the faculty of the School of Architecture at the University of Manitoba; Ruthig practised as an architect in Toronto in the 1980s and 90s, but retired her professional licence in 2001. Since then, she has worked primarily as a writer and, later, also as a visual artist. Ruthig writes about space; Landrum writes with space. Ruthig uses conventional syntax to privilege content; Landrum engages in word play to privilege form. Taken together, the two books reveal something about the range and scope of both poetry and architecture.

You can find Jill Stoner’s full review of the books linked here.

Over the past decade, Komi Olaf has become well known for his exploration of Afro-futuristic concepts within the disciplines of visual arts, Spoken word poetry, and Architectural Design. Working in painting, performance and virtual reality, the often Utopian themes expressed in his work have in common the artist’s fascination with hybridity and the general intersectionality of culture and race through a technological lens. After Completing his Master of Architecture degree at Carleton University, Olaf began a career as a Visual artist in pursuit of finding a balance between painting and poetry as a form of expression to promote social critique, healthy dialogue, and creative thinking.

Taking place on the second floor of KNIFE | FORK | BOOK at 244 Augusta Avenue, ‘Poetry & Architecture in Conversation’ will take place at 7 pm, with doors opening at 6:30. More information about the November 2 reading is available via the event’s Facebook page, linked here.

Book Review: Architecture and Urbanism in the French Atlantic Empire

‘Made in Spain’ architecture lectures coming to Toronto and Montreal