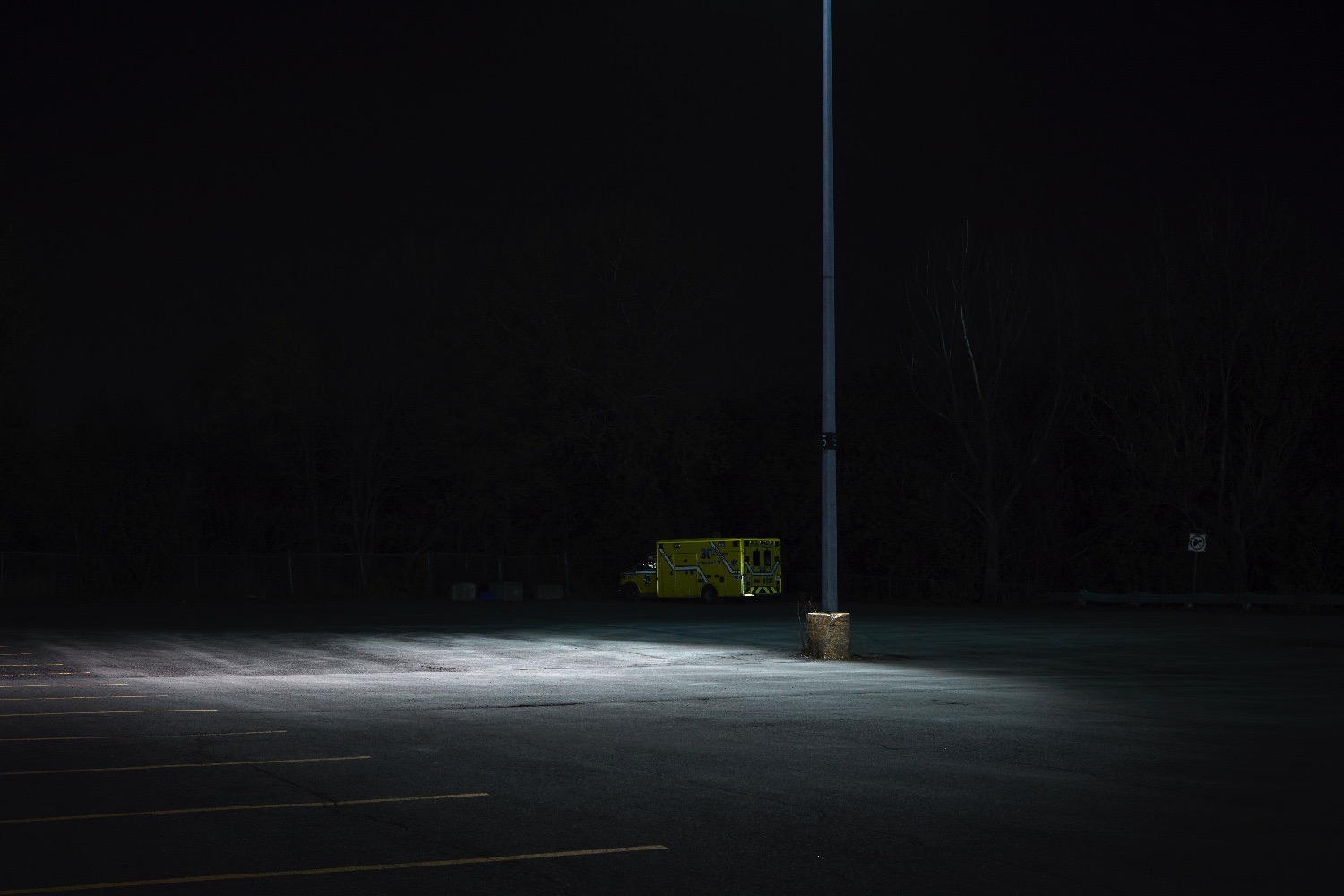 Early in the pandemic, architectural photographer James Brittain ventured into his Montreal neighbourhood on a series of walks at night with his camera. “Making pictures seemed essential—both to experience how the public space felt and to make sense of my own thoughts,” he recalls. “I chose to work after dark because this was the time that the pervading mood of uncertainty and anxiety felt most intense.” 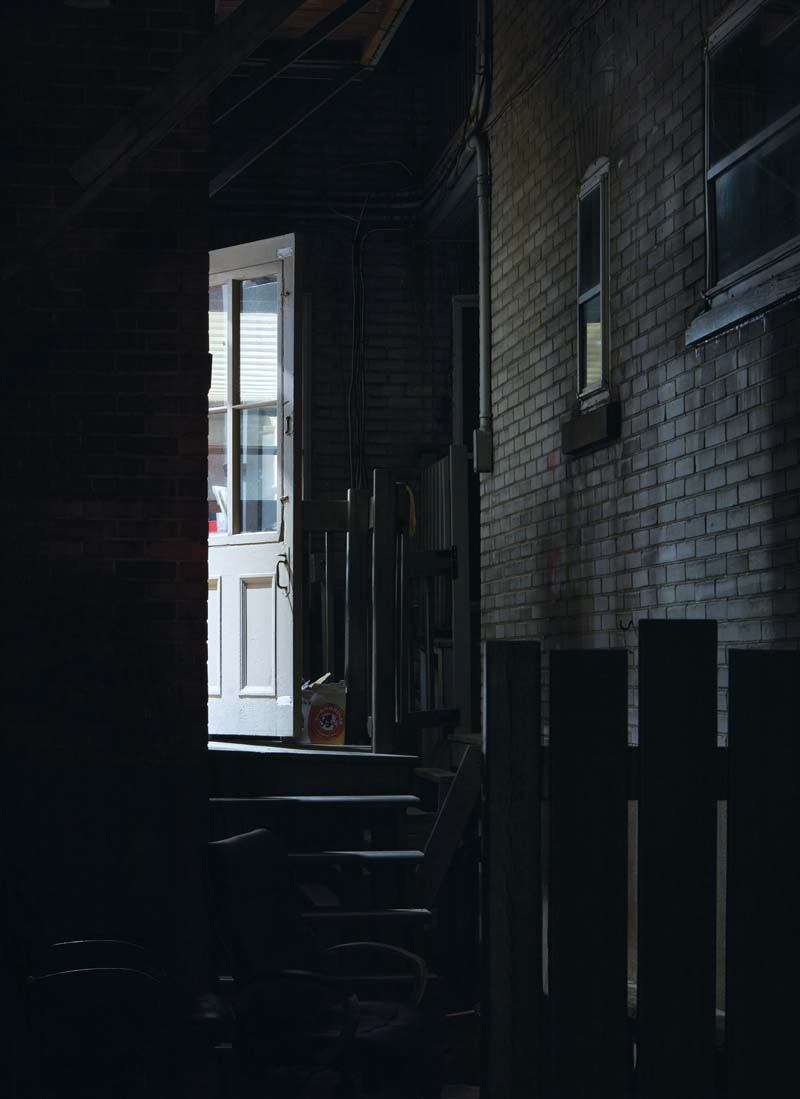 To create the Night Walks series, Brittain made an initial rule that all images would be made within a one-kilometre radius from his family’s front door. He wanted to make pictures that expressed the atmosphere of confinement that pervaded the city, and reflected his own feelings of uncertainty, anxiety and isolation. 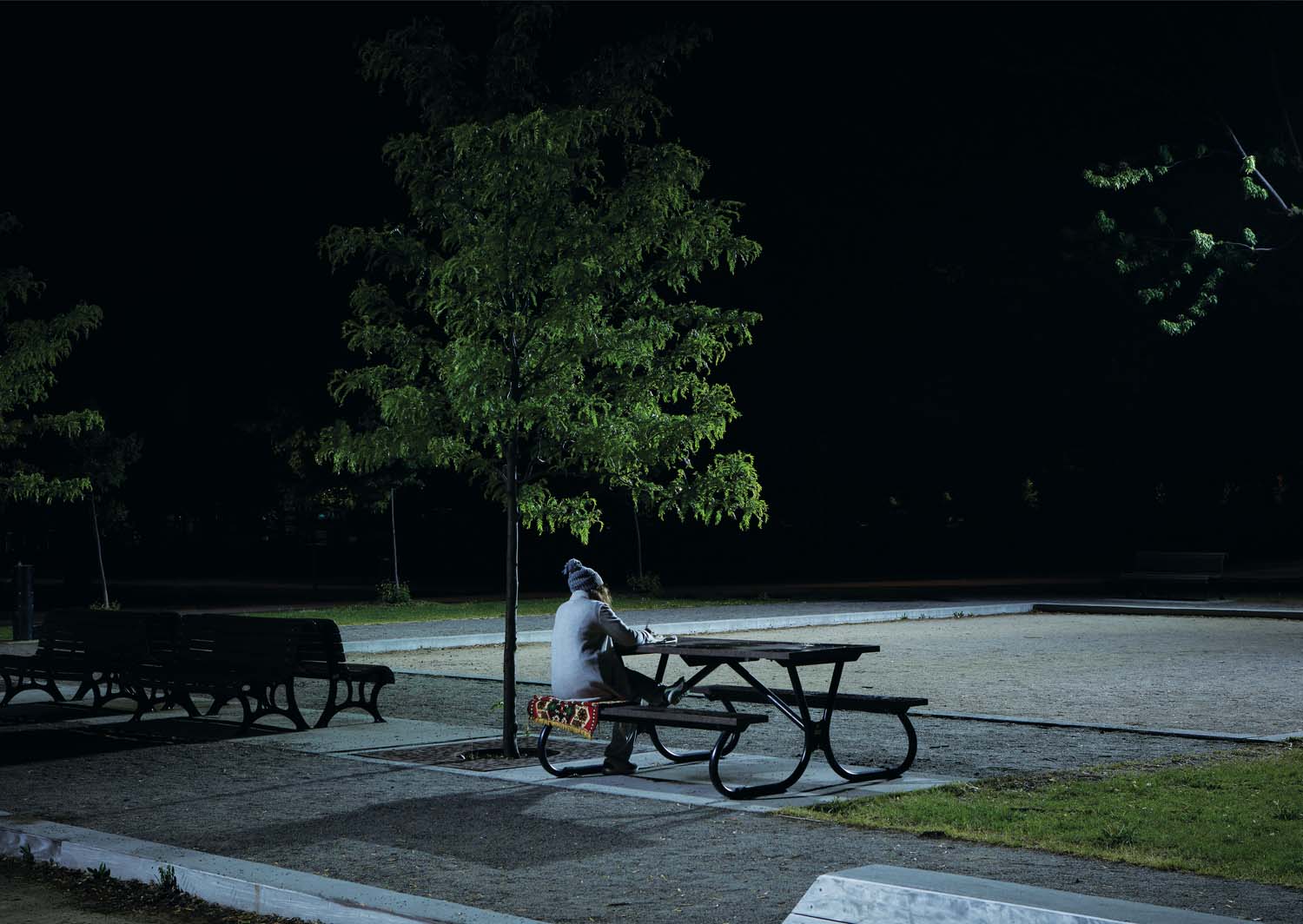 “My intention was to diminish emphasis on specific locations, and I looked at places that felt unrecognizable or anonymous,” writes Brittain. 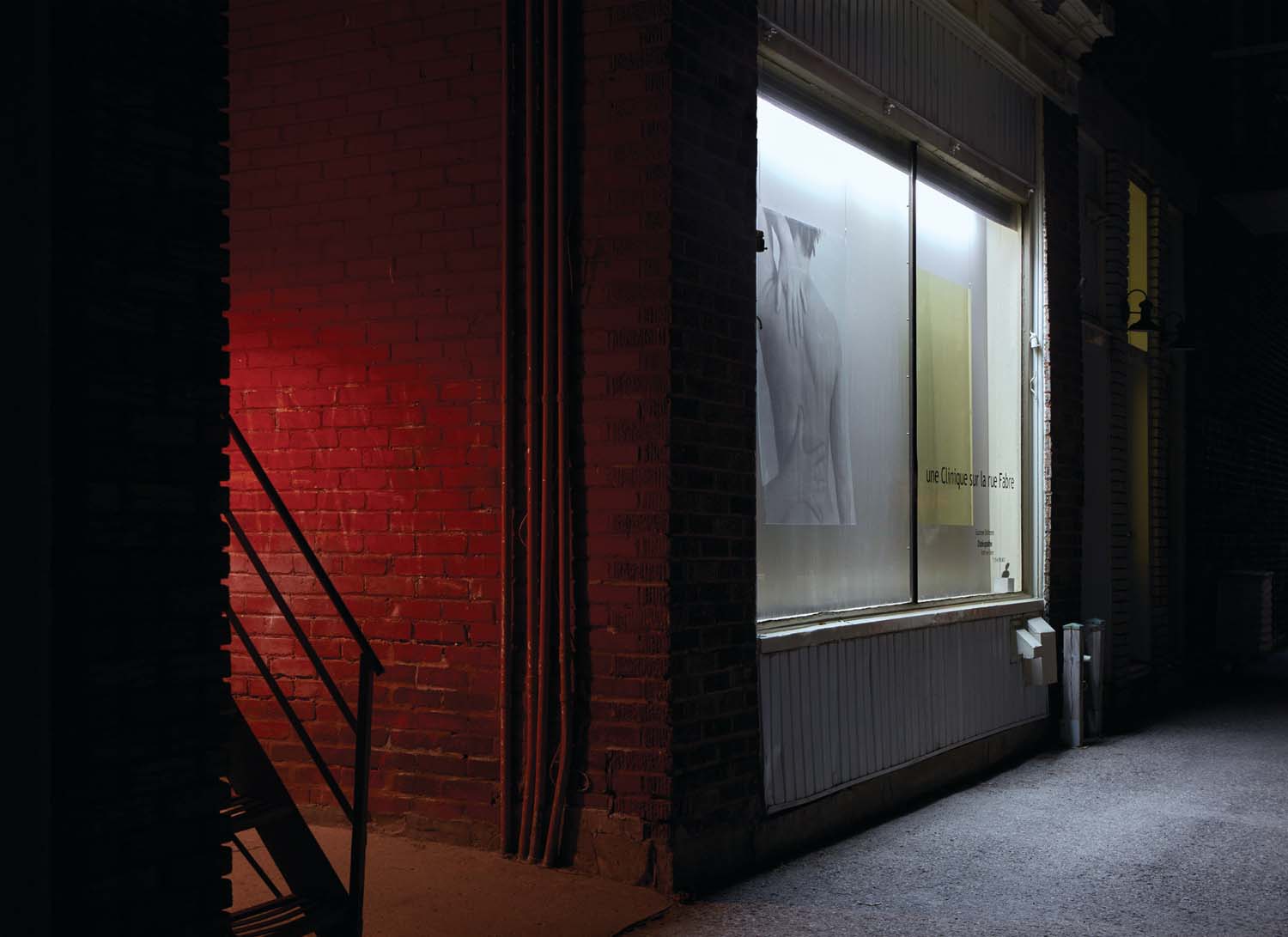 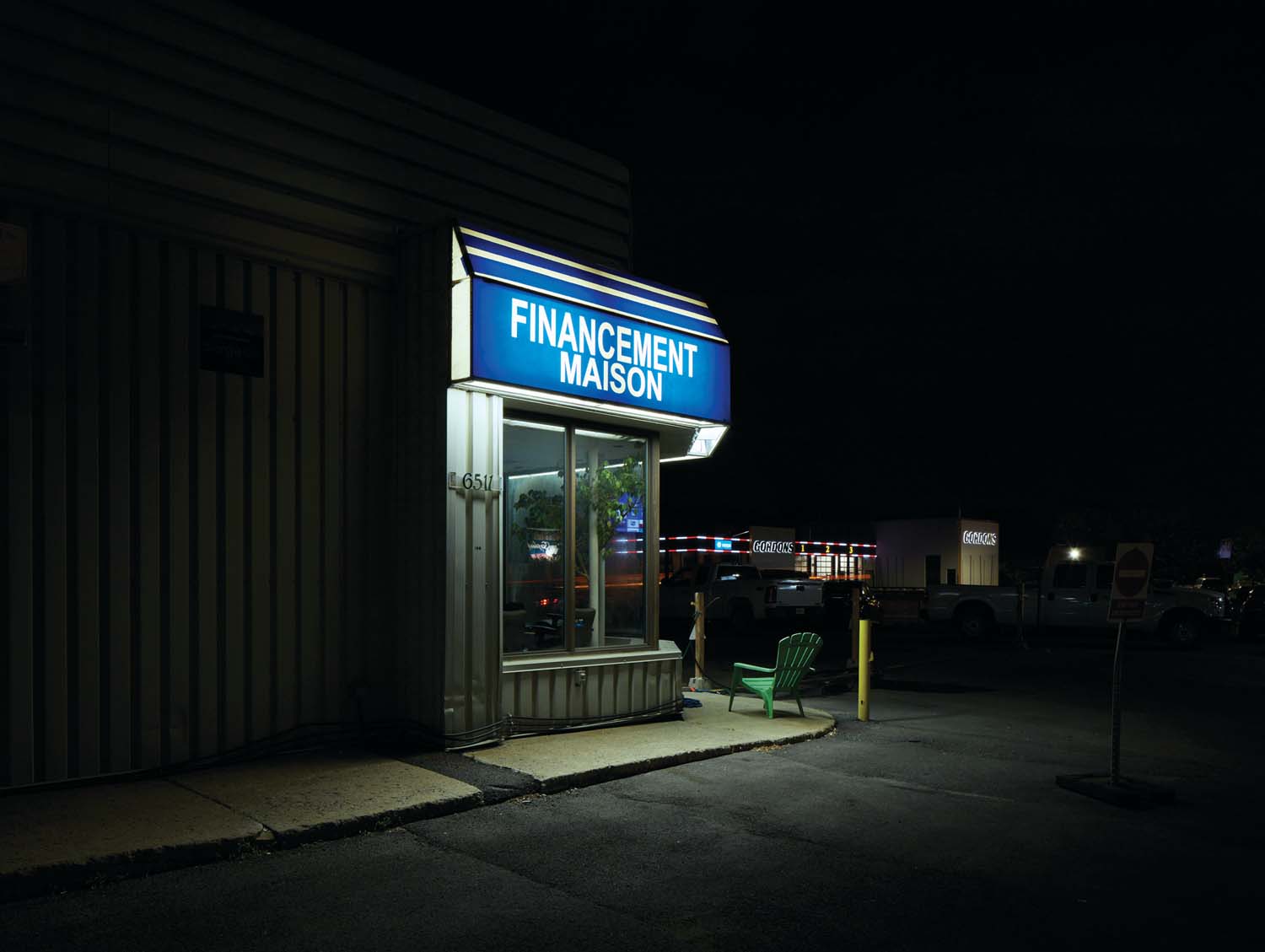 “Photographing at night is different from doing so during the day,” writes Brittain. Contrasts become more intense at night, and some of his early pictures wound up with intense bright spots from street lamps and other brightly lit objects. “I discarded these, and started concentrating on pools of falling light.” 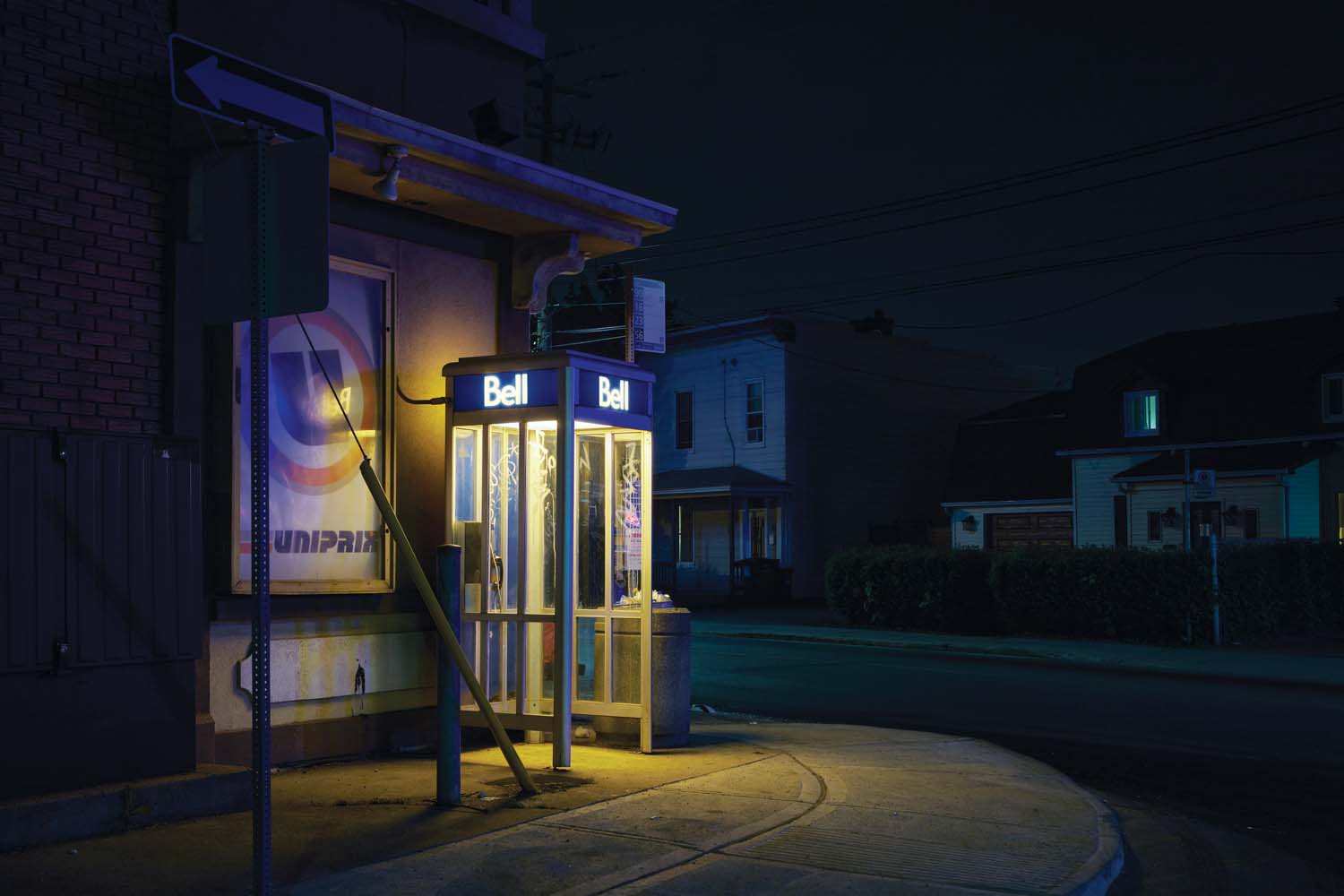 This article is part of our Pandemic Effect series. Did you find this article helpful? Please consider signing up for Canadian Architect’s FREE digital edition and weekly e-newsletter. Your support is a big help to us, as we work to reach and expand our readership during this challenging time.