The study recommends traffic-calming measures, new areas for public gathering, and increasing the cohesiveness of the public realm.

The streets and lanes of Gastown, a  historically and culturally significant neighbourhood in downtown Vancouver, is set to undergo change as a part of the City’s Transportation 2040 Plan.

The Gastown Business Improvement Society (GBIS) commissioned architecture firm ph5 to complete the Urban Design Study as a way to look at how Gastown could become more usable and livable for business members, workers, residents, and visitors.

The last time Gastown was re-imagined was in the 1970s when many of the heritage markers were introduced, such as 9-ball light fixtures, red brick pavers and bollards and chains. 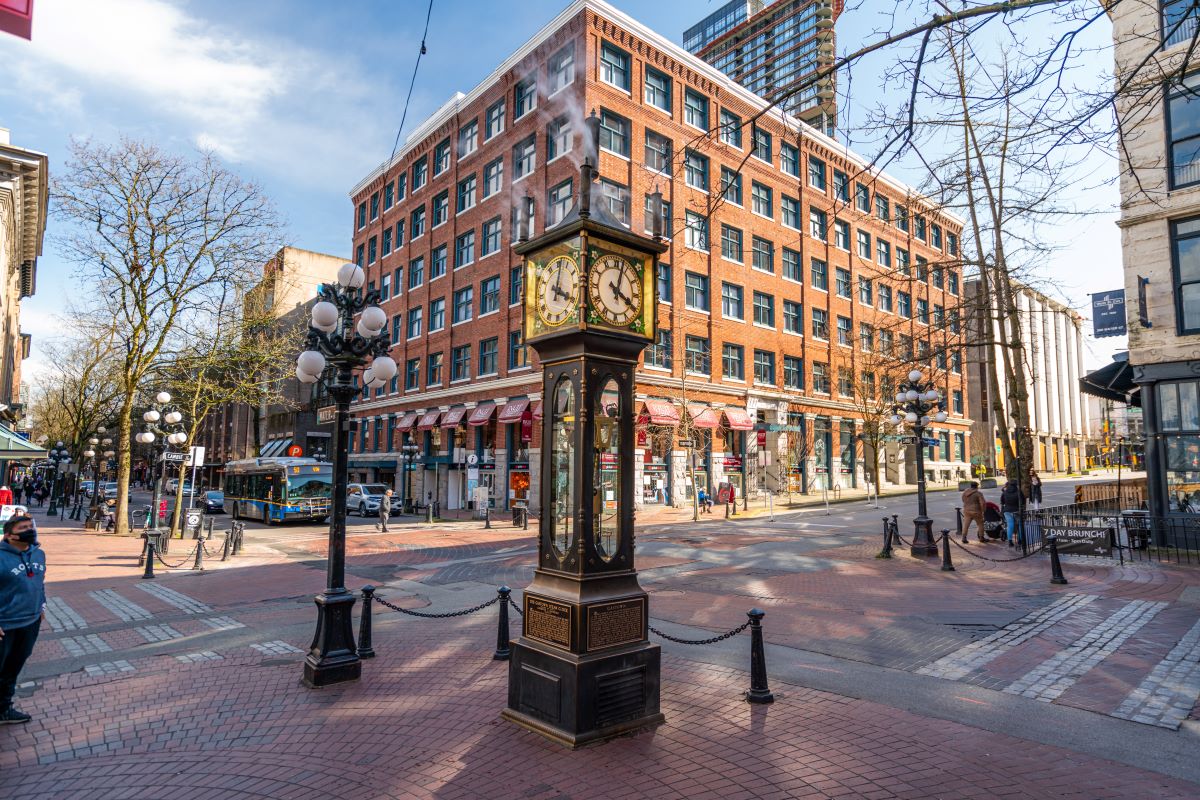 Commissioned by the GBIS in 2019, the UDS has five main recommendations in its action plan:

Another idea in the UDS is the activation and animation of Gastown’s alleyways. Historically, these alleys were active areas of commerce —beer parlours, horse stables, a broom manufacturer. The study suggests giving all of these spaces names, consolidating garbage collection to a central transfer station, and adding lighting.

Currently, a few restaurants have entrances off the alleyways, such as Tacofino and Gringo’s, and businesses could be encouraged to have garage-type doors to restore the  area’s historical warehouse feel.

The GBIS also launched its “Gastown Tomorrow” campaign with the unveiling of an outdoor gallery of five large-scale artworks by local designers envisioning the future of Gastown.

This gallery is the first of several community engagement activations exploring the recommendations of the Urban Design Study. The gallery will occupy the façade of the Vancouver Film School on Water Street.

“While Gastown remains a thriving business community, there is a sense of urgency to restore this National Historic Site to the jewel of the city that it needs to be. This initiative aims to engage the whole community in conversation, and to spur the city to action,” says Walley Wargolet, the new Executive Director of the GBIS.

Gastown community members will be able to scan a QR code on the artworks to gain access to the study. They are also encouraged to submit their own sketches and to answer a series of questions found on coasters and coffee cups being distributed at local restaurants and coffee shops around the neighbourhood.

CreateTO and TO Live announce shortlist for St. Lawrence Centre for the Arts design…