The re-imagining of the Waterfront Station precinct, in downtown Vancouver, blends the seamless integration of existing and future transit modes with the creation of a vibrant public realm. 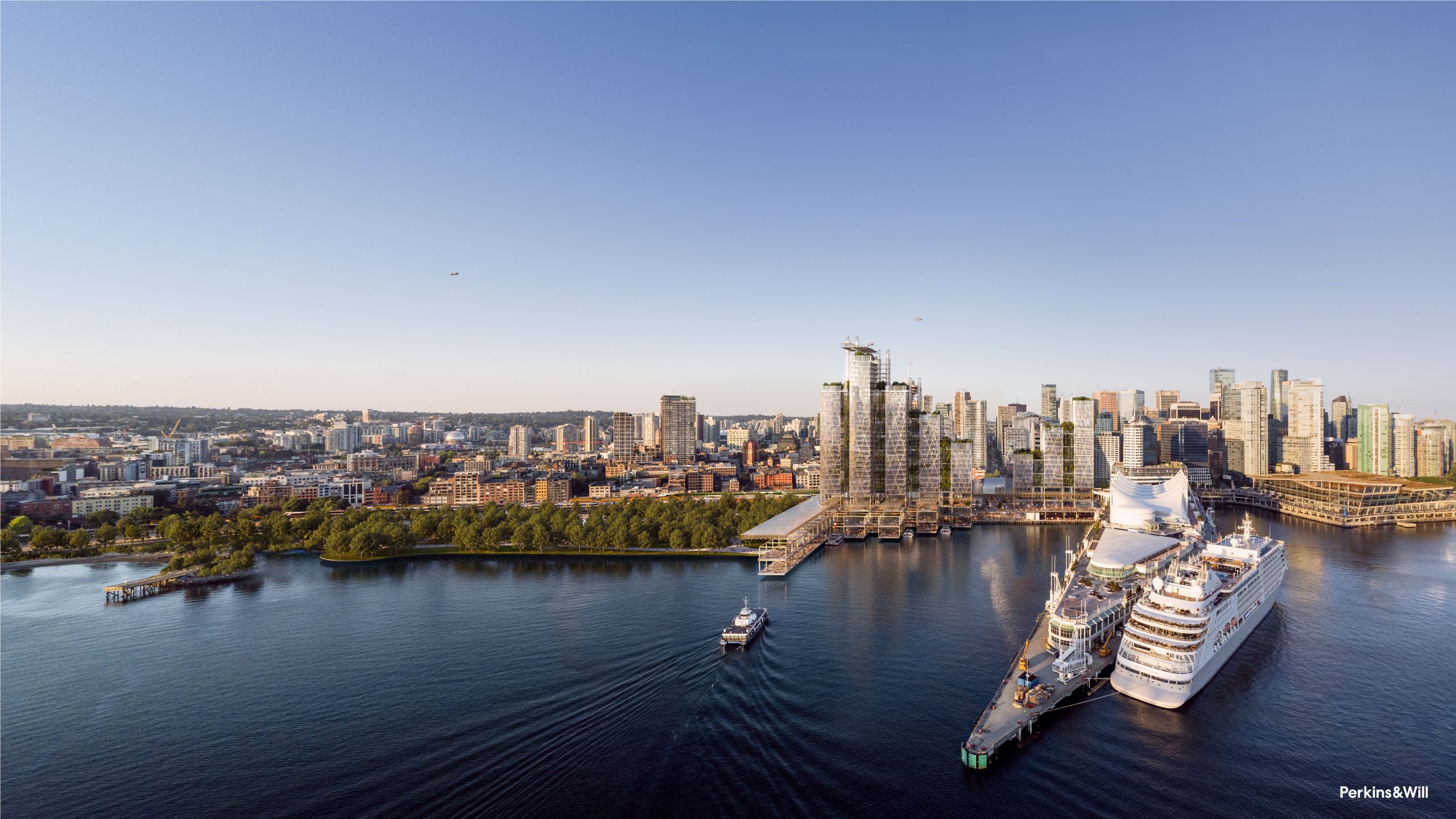 The speculative project by Perkins&Will Vancouver offers a vision of positive change that is boundaryless, equitable and inclusive. According to the firm, the goal of this study is to “stimulate debate focused upon the transformation of a site which has significant historic, symbolic, and logistical importance, and to speculate upon the manner in which its urban objectives are manifest with appropriate and heroic expression.”

“The Waterfront precinct is a location with a multitude of existing challenges, but is also a site of tremendous opportunity. The site is remarkable in that it connects rail, mass transit, aviation, and marine services (albeit in a chaotic fashion) within a single city block,” says Perkins&Will Vancouver.


The company’s research reveals Waterfront Station’s potential to be ‘super-modal’, however, connectivity between existing services is fragmented, resulting in poor user experience. 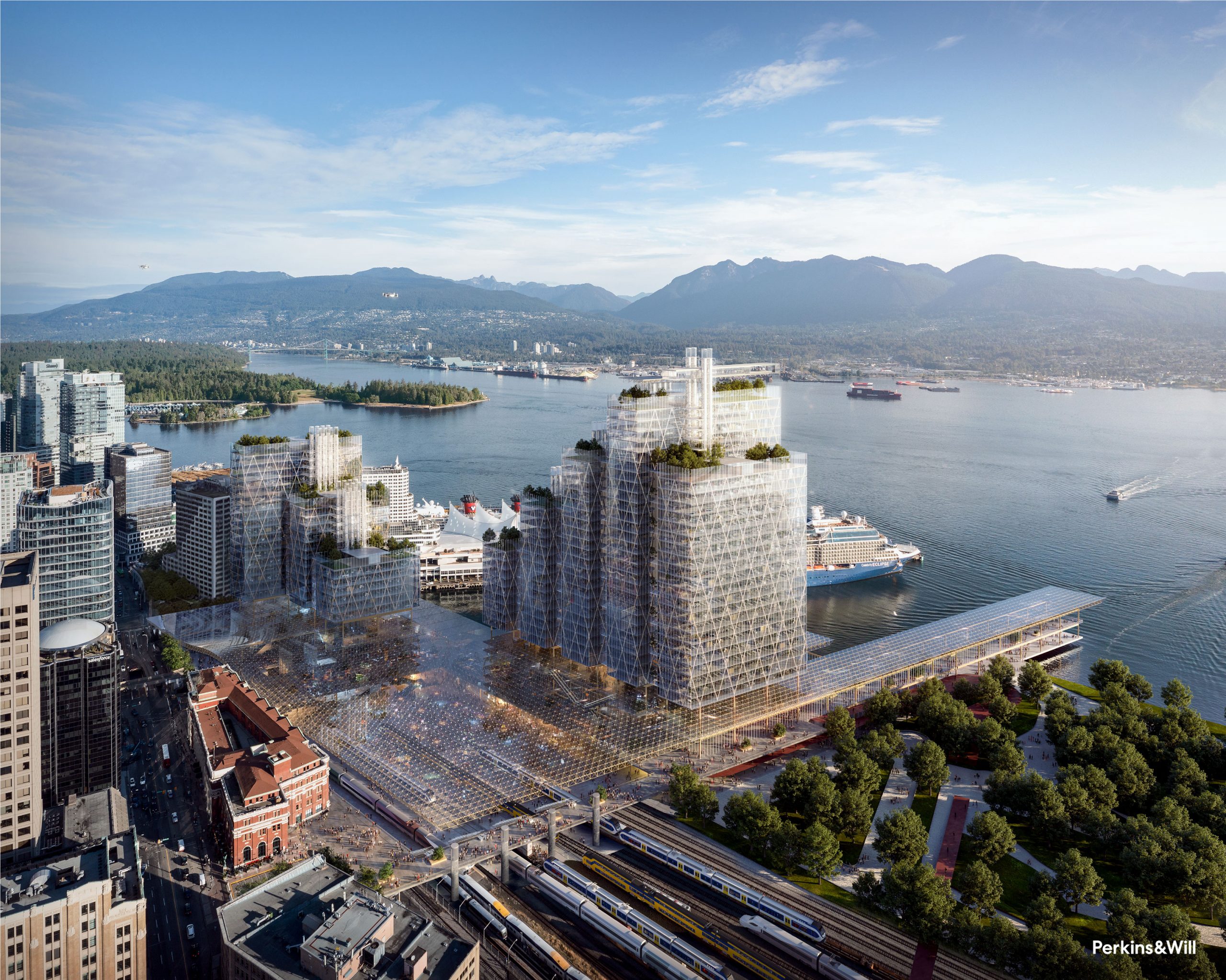 Perkins&Will Vancouver states that this study demonstrates that, through the application of a well-defined design framework, modal integration can be achieved in a manner that is legible and efficient.

The scheme integrates all existing and future transit modes within a legible waterfront masterplan. Associated development opportunities blend commer­cial and cultural uses, enhance the public realm and create a destination that is symbolically appropriate. 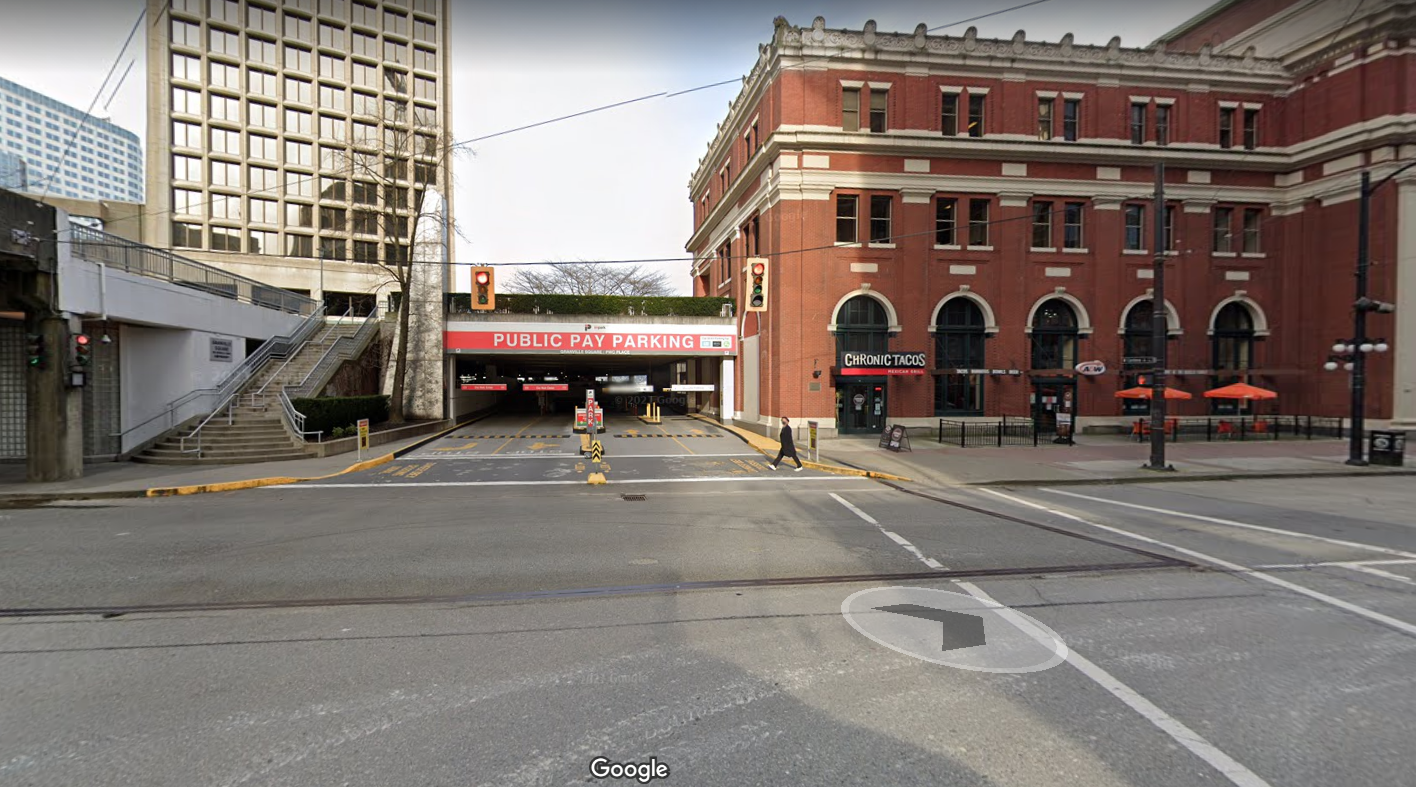 Waterfront Station was the catalyst for the development of Vancouver, with the downtown core growing out from this commercial nexus. Behind the plan is a desire to extend the axis of Granville Street, which currently ends at Waterfront Station, connecting the city to the water in a meaningful way. The potential to fully integrate public connectivity through land, sea and air on such a significant site provides an opportunity of incredible consequence. 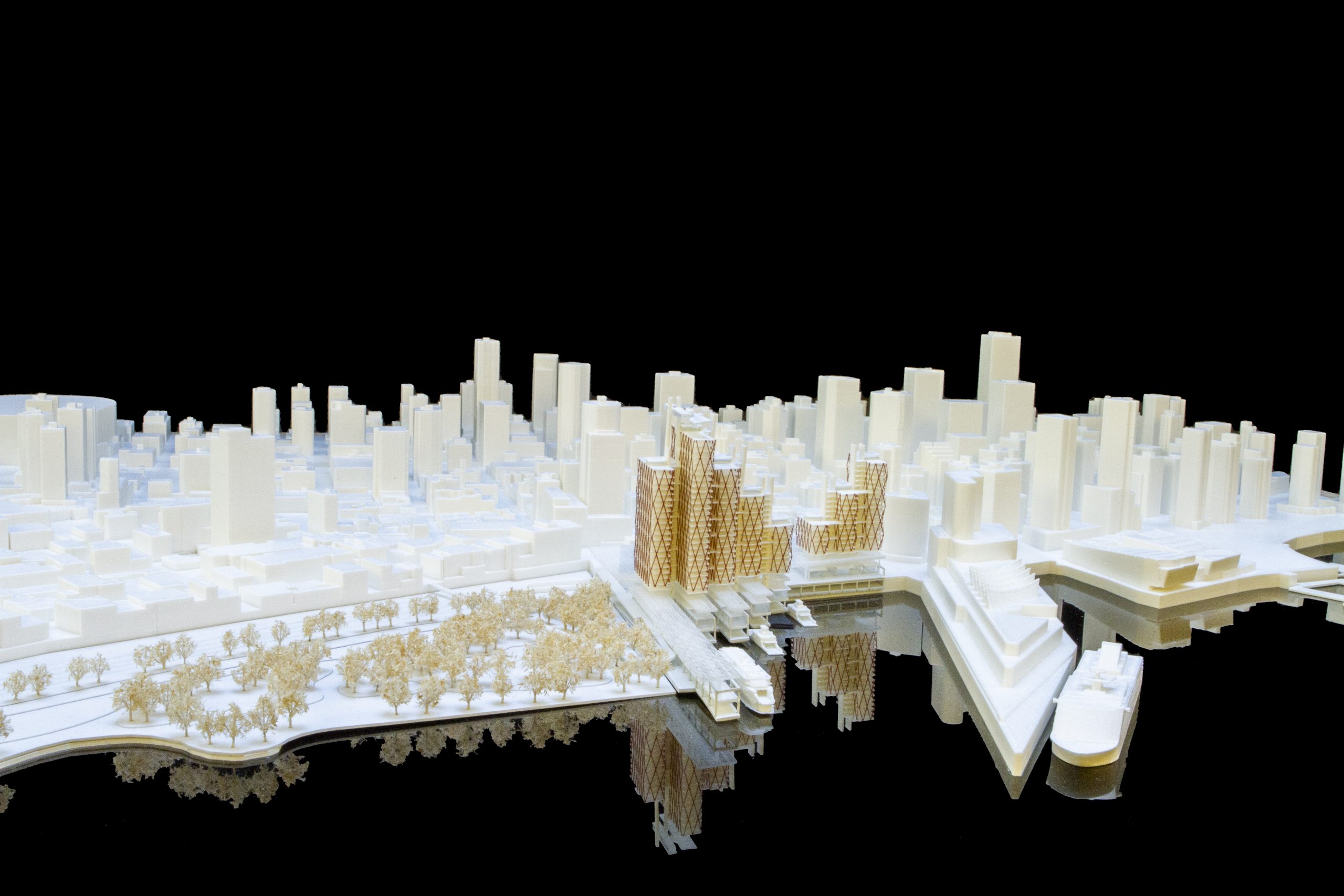 The proposal also aims to make station boundaries porous to support greater access and use. “We envision the extension of Granville Street through the site, blending seamlessly into the upper concourse level and creating direct visual connection to the water. Pedestrian and cycle connections are introduced from Canada Place to the new public parks and amenities along the revived waterfront,” writes the designers. “As part of a simplified system, we envision the integration of Skytrain lines into a single nodal interchange. Our schematic vision safeguards a potential high-speed rail connection within a terminus, providing both intracity and inter-provincial rail services, with grade connections to mass transit, marine services a new Skyport and personal and autonomous mobility services.” 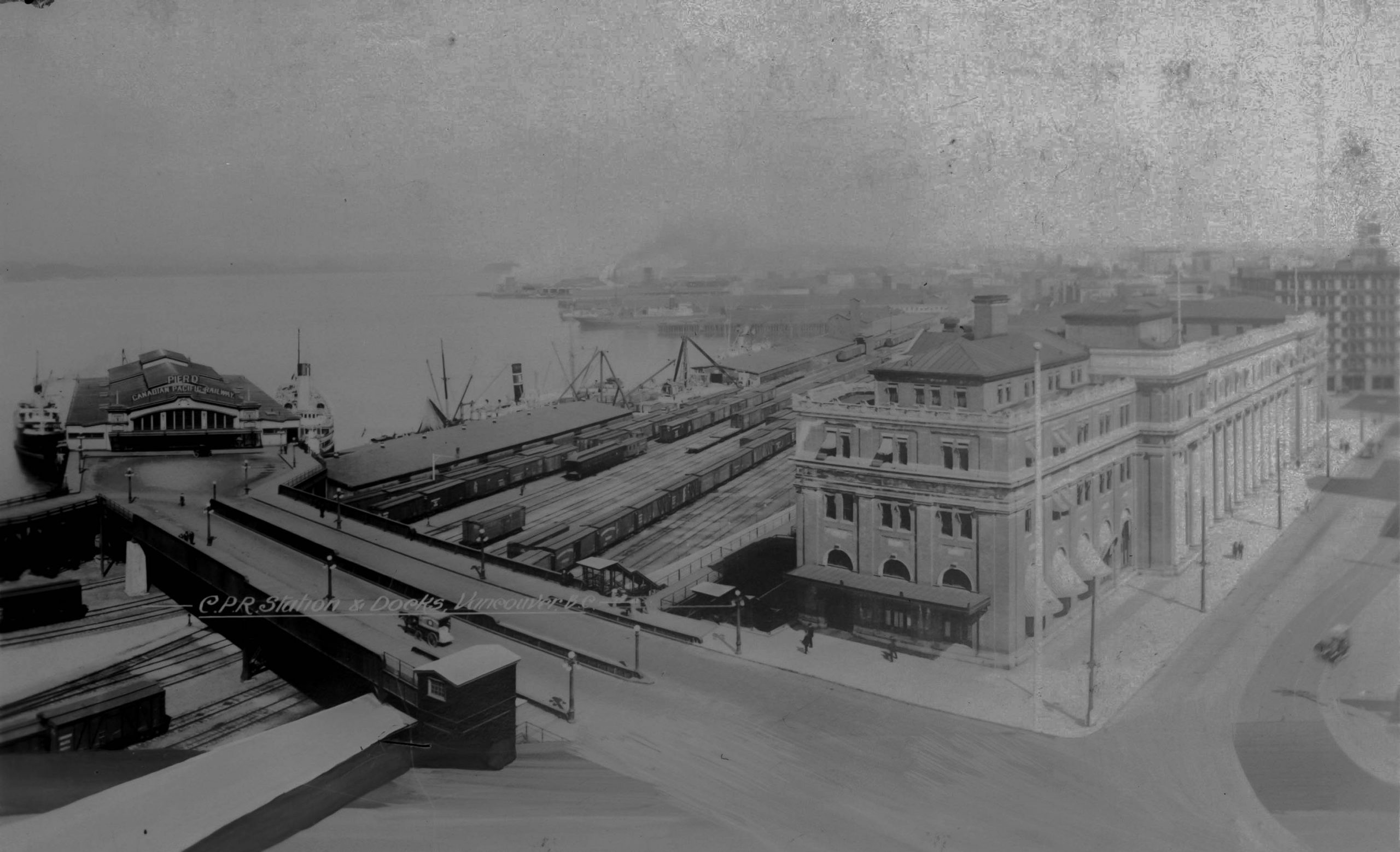 Perkins&Will Vancouver’s proposition for Waterfront Station will be user-centric with a high level of service. The firm further states that the creation of an open, day-lit concourse, characterized by spatial continuity, will facilitate legible orientation and intuitive way-finding. “The precinct will become a destination, providing a wide range of functions beyond those associated specifically with transit, a vital aspect of city life, reflecting its central location within the downtown core,” they write.


A passive-first approach is a guiding principle of the proposal. The station is imagined as a covered outdoor space, its extensive roof optimized for renewable energy generation. The precinct will be carbon positive, with extensive utilization of mass timber construction.

“The station of the future is no longer a liminal space, but one that is integrated into the urban and cultural fabric of an increasingly complex public realm. We believe that our vision demonstrates the extraordinary potential of the Waterfront precinct. Through the realization of this potential Waterfront precinct will be central to the reimagining of our city,” writes the designers.