OverActive Media and Populous have confirmed the details of a $500 million performance venue, which will be the first new sports or entertainment venue built in Toronto since BMO Field in 2007.

Projected to be completed in 2025, the project includes a theatre-style entertainment venue and hotel complex in the heart of the CNE Grounds. The facility plan is a strategic extension of the master plan for the region previously established by city officials. 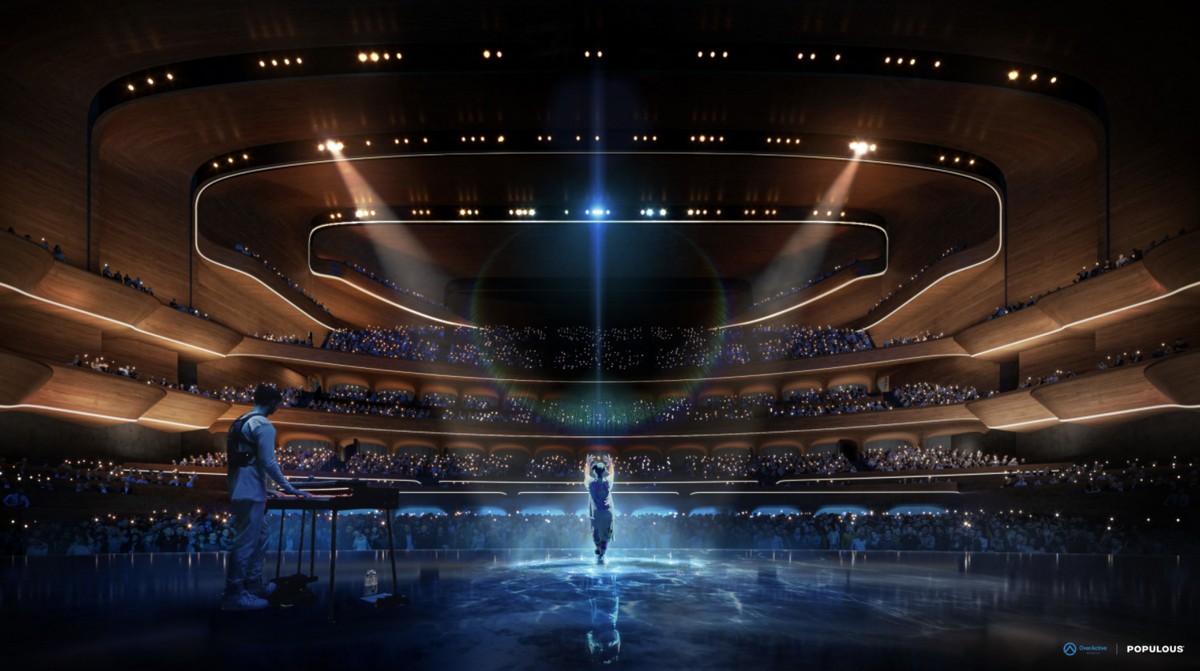 “Today is another important step in the evolution of OverActive Media. We are building a world leading, 21st century sports media and entertainment company and this best-in-class performance venue will be the chosen home for a new generation of fans that think differently about their entertainment choices and experiences,” said Chris Overholt, OverActive’s President and CEO. 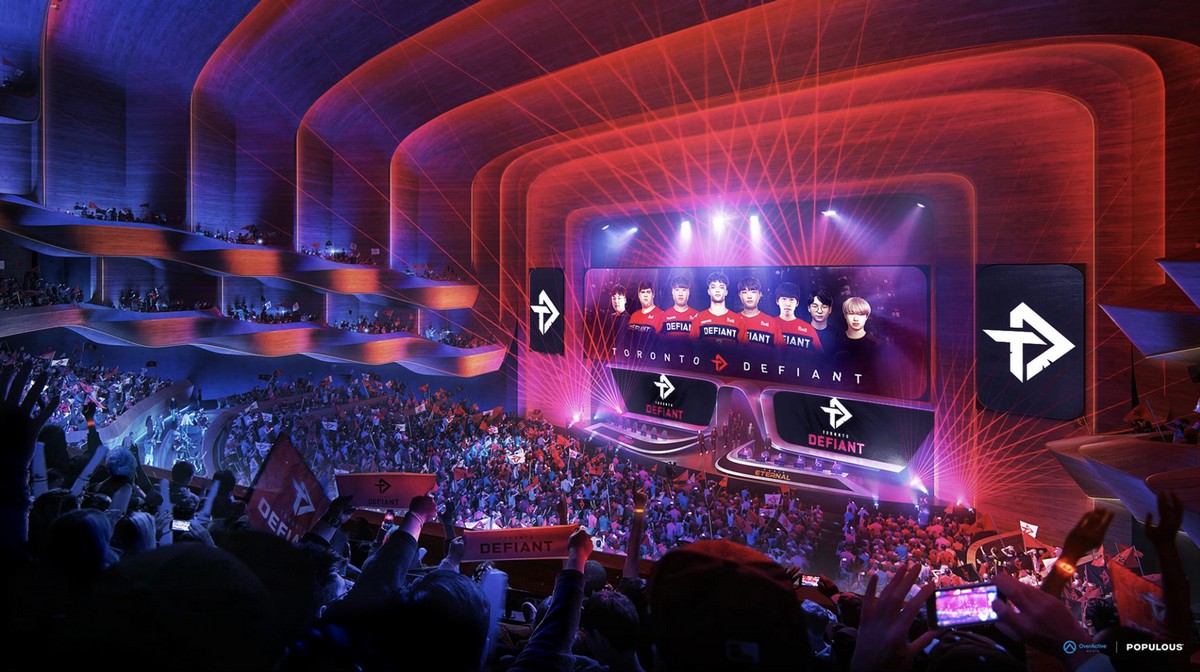 The facility plans to host 200+ events a year, driven primarily by premium music and entertainment bookings. It will also serve to attract major city-wide conventions, corporate events and product launches, awards shows and naturally, a full slate of esports events increasing over time.

Conceived by world-renowned design firm Populous, the building composition delivers an prominent architectural presence along the Toronto waterfront and reflects a modern expression of a new age theatre for sports and entertainment. 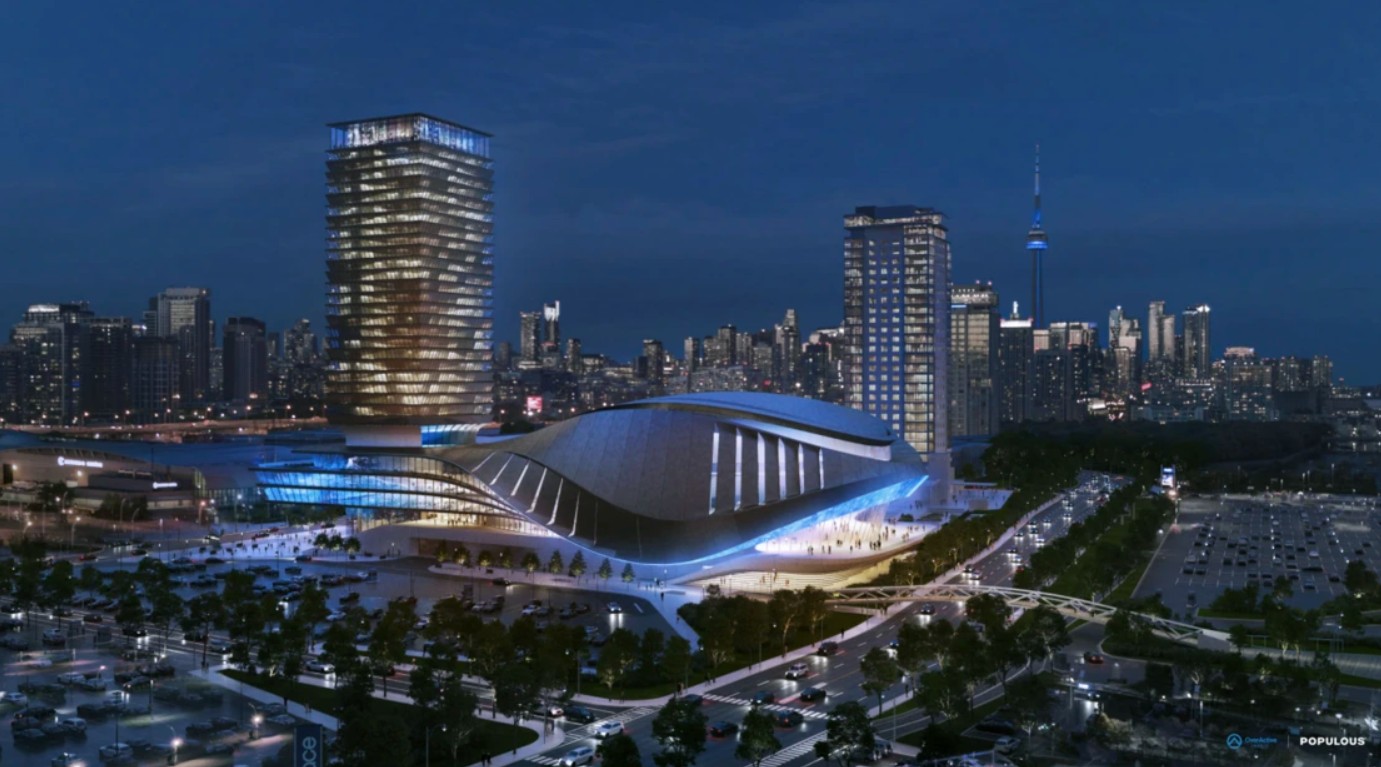 “It has always been our intention to develop a venue and hosting strategy and to build a facility that could not only serve as an iconic home for our two franchises, but ultimately emerge as a global hub for major international esport events. We are already in active discussions to attract some of the biggest esport events in the world. This venue will redefine Toronto’s event hosting opportunities in every way,” said Overholt.

“The design of the theatre was neither conceived as a sports arena nor an opera house, rather, a new typology that straddles the two – a state-of-the-art performance venue. The theatre architecture creates a merger of the old and the new,” said Jonathan Mallie, Senior Principal and lead designer for Populous. “The old channeling the rhythmic repetition of historic landmark theatres, and the new, integrating the progressive forms of avant-garde twenty-first-century design. In combination, a symbiotic balance delivers a one-of-a-kind theatre experience, unique to Toronto and the world.”