Our book reviewed in Architect and Abitare 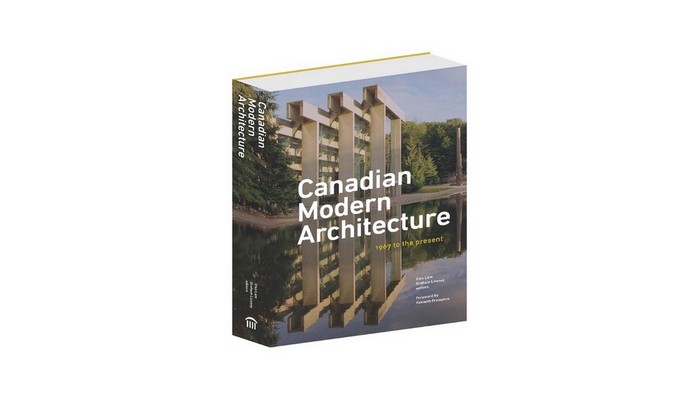 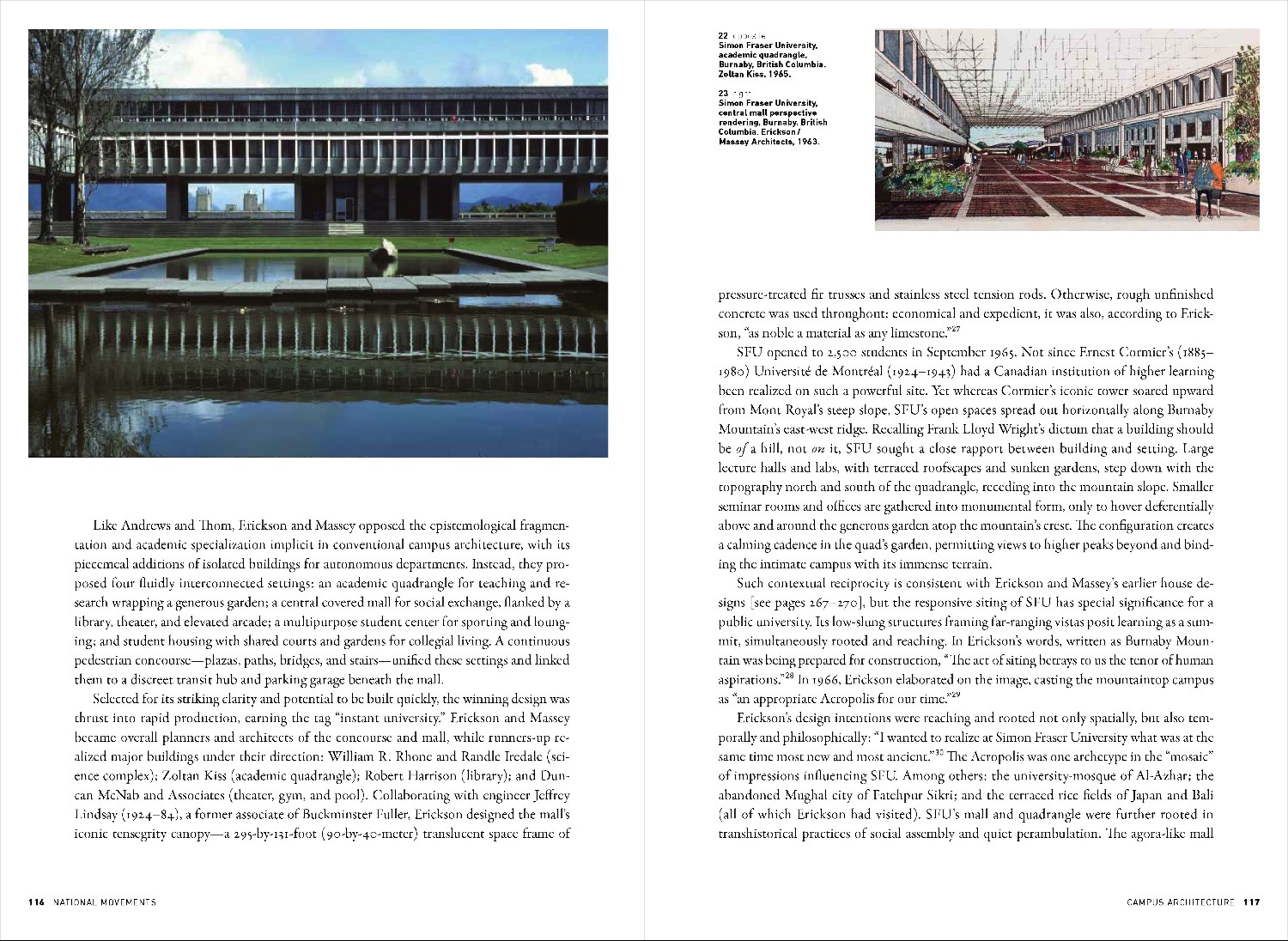 In his review for Architect, Witold Rybzynski writes, “Canadian Modern Architecture: 1967 to the Present is a bulky little tome that is neither a directory nor a considered history but rather a survey of hundreds of buildings, large and small, public and private, important and obscure. The book is organized chronologically, thematically, and regionally, and includes essays by 17 different authors: academics, critics, and journalists. This large squad of scribblers is necessary because Canada is simply too large geographically, and too diverse culturally, to have a single coherent architectural story.”

Rybzynski argues that one of the book’s lessons is how a thread of climate-driven pragmatism runs through the work of Canadian architects. “If you want a flashy clickbait building, hire one of the usual suspects; if you want something well-put-together that does the job over the long haul, get a Canadian.” 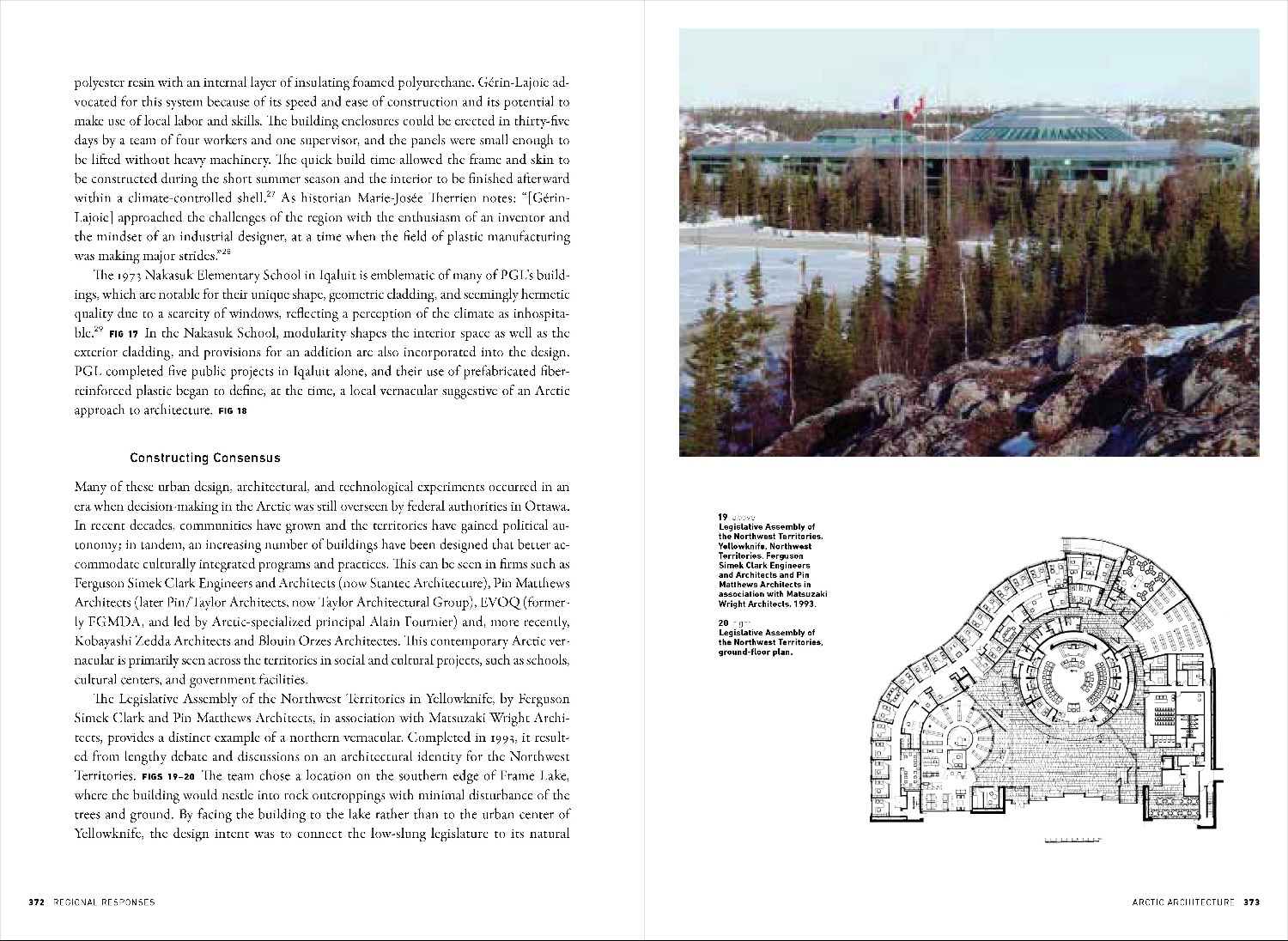 A review in Abitare by Fabrizio Gallanti adds, “The book cleverly does not pursue a single narrative thread but assigns specific topics and regions to different specialists, in order to paint a polyphonic picture.” Writes Gallanti, “browsing through the volume’s 500 pages, you get a sense of the richness of an architecture that is often at the service of citizens’ needs, perhaps less spectacular than others, but certainly more necessary and not coincidentally still at the centre, every day, of many peoples’ lives.”

Elsa Lam’s chapter on Toronto architecture was the focus of a book review by Shawn Micallef for the Toronto Star. “It’s easy, and lazy, to say nothing good has been built [in Toronto], but in paging through this book, rich in colour and vintage black and white photography, the sheer number of exceptional public and private buildings built in the GTA, such as the National Ballet School on Jarvis Street or the Whitby Public Library, both built in 2005, or the Regent Park Aquatic Centre (2012) and the Brampton Soccer Centre (2007), prove otherwise.”

“It’s a book for anybody that appreciates, or wants to learn how to appreciate, modern architecture in Toronto and Canada,” writes Micallef.

Canadian Modern Architecture, 1967 to the present  was also reviewed in the Globe and Mail and Azure, and featured on Monocle’s On Design podcast.

Click here for a list of upcoming Canadian Modern Architecture book events in cities across Canada. The book is available at booksellers across North America, as well as from online retailers McNally Robinson, Indigo and Amazon.