The Old Post Office is Canada’s first ‘bookless’ library. Apart from displaying a few recent book acquisitions and periodicals, its spaces are dedicated to the idea of creation in a broad sense, for all age groups. While libraries are still places for storing books, they are now facilities geared toward storing information in all its forms to facilitate both passive and active learning, where what is learned in the facility can be physically put into practice.

The project is a major renovation, restoration and addition to a listed heritage structure in Galt, Ontario. Galt is the largest of three townships that make up the municipality of Cambridge, and its historically intact downtown core area developed alongside the Grand River. The historic post office building, constructed in 1884-85, was designed by Thomas Fuller, the architect of the original Parliament Buildings’ Centre Block (destroyed by fire) and Library of Parliament. 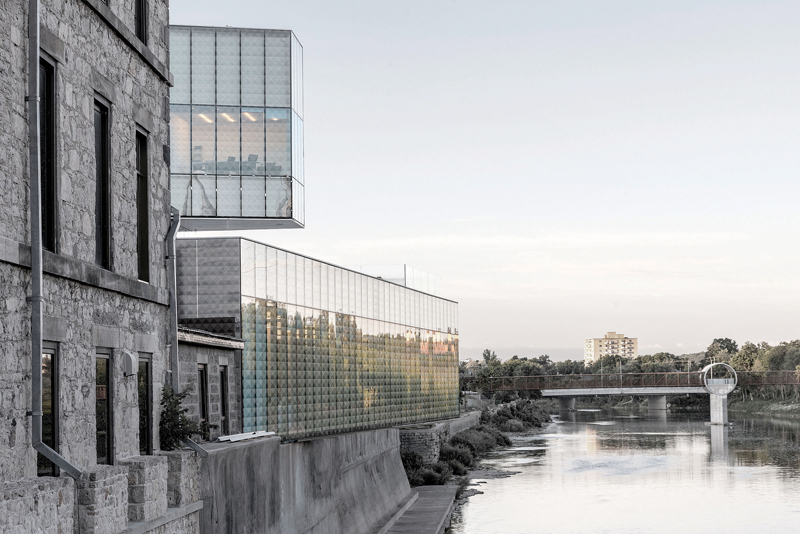 The design doubles the existing space by adding 9,000 square feet to the south and west of the historic structure. The addition is conceived as a transparent, glowing contemporary pavilion floating atop the adjacent Grand River. The program primarily comprises studio spaces for public creation, supplemented by a cafe-restaurant as a secondary, contiguous use. 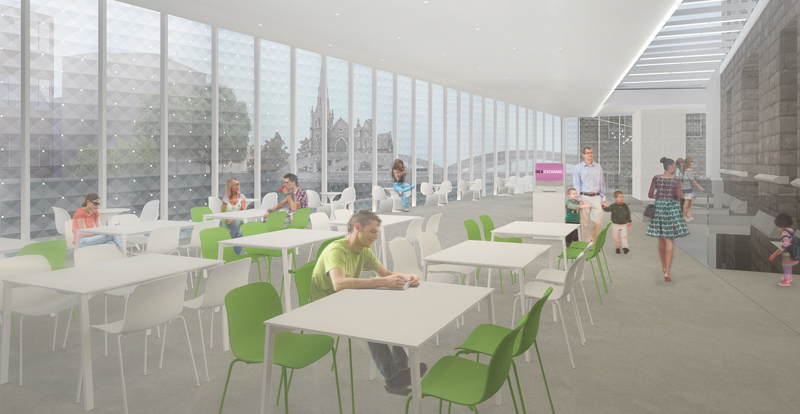 The site perches dramatically along the Grand River, and benefits from views to the University of Waterloo School of Architecture, the main location of the Idea Exchange, two large cathedrals, and a new performing arts facility. The design scheme uses material transparency in an attempt to promote views of the historic structure, bring light into the various levels of studio space, and project the life and vitality of the progressive public program to the city beyond.

Ted Watson :: This project brings together the elements of heritage, industrial fabric, a river wall system and an urban system in a constrained but rational package. The modern intervention has its own identity that embraces the heritage building, with a skylight that politely separates the two. The whole is greater than the sum of its parts.

David Penner :: The twisting to the west is a fabulous gesture that somehow lightens the whole intervention, and the layering of the stone detailing on the frit is beautiful. What’s most admirable in my mind is the balancing between the conservation of the existing building and the addition. The original building is so bold and strong in itself, and it holds its own, even though the addition is significant.

Monica Adair :: The modern architecture has as much character as the heritage structure that it elegantly envelops. The two not only co-exist, they enhance each others’ assets. It’s not about the new simply becoming the feature, but a prosperous revival of the historic structure. The project also re-engages the industrial setting, making this an iconic and refreshed river’s edge.