“This celebration recognizes the efforts of the community and partners and provides a new and inclusive way to experience Peggy’s Cove,” said Susan Corkum-Greek, Minister of Economic Development at the opening ceremony for the viewing deck. “Infrastructure improvements like the viewing deck will enhance community well-being and the experience for many more visitors to this iconic Nova Scotia destination.” 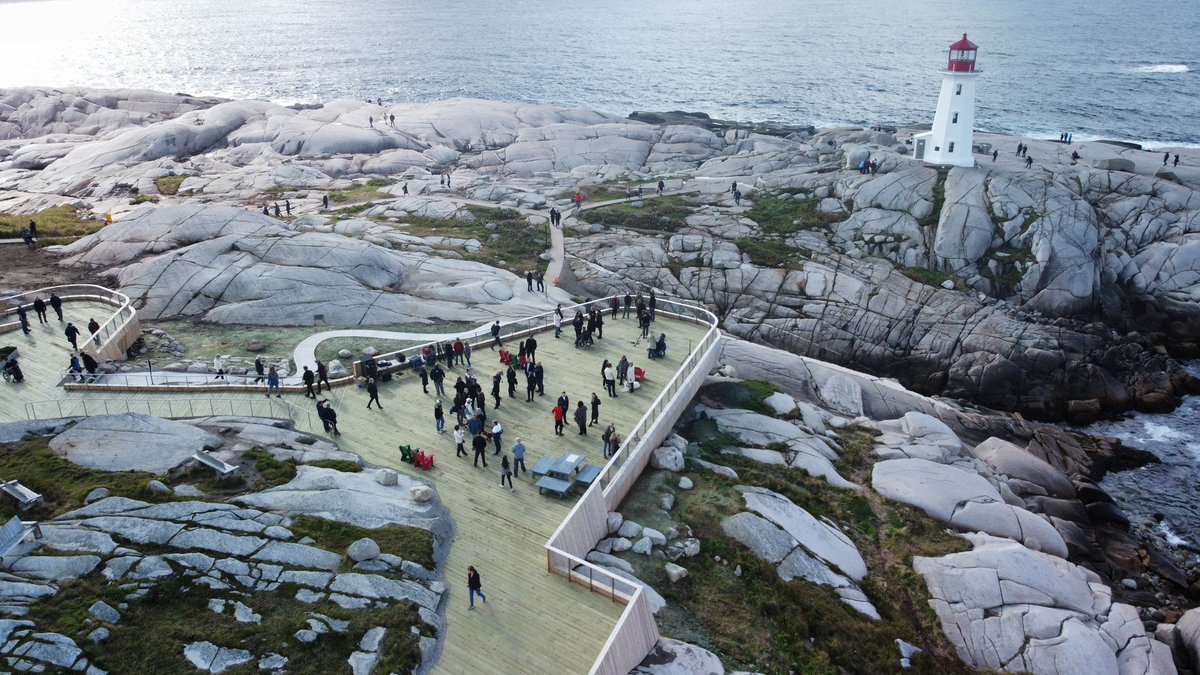 Today was a beautiful day. The Viewing Deck at Peggy’s Cove is now open.

Develop Nova Scotia worked closely with the community of Peggy’s Cove in a comprehensive master planning process, which led to the phase one Implementation Plan that is nearing completion.

The viewing deck project included a joint investment of $3.1 million from the Province of Nova Scotia and the Government of Canada, and included the work of Harbourside Engineering and EDM Planning alongside Omar Gandhi Architect.

According to Develop Nova Scotia, priorities of the implementation plan included climate change mitigation, increased parking, traffic and pedestrian routing and management, and the provision of public amenities. 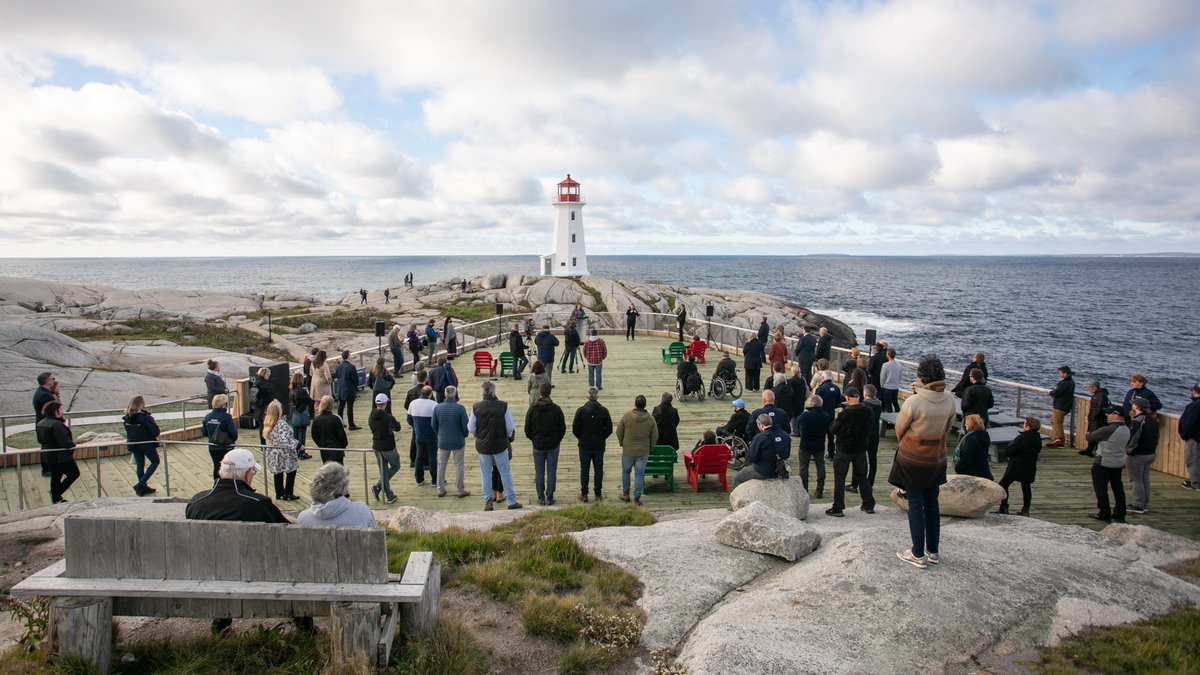 A significant portion – 12,000 square feet – of the deck was reclaimed for people from the existing roadway, with the remaining extending slightly over the landscape and designed to blend in with the natural surroundings. Materials including wood and steel were used to complement the terrain.

Over the past year, developments such as the expansion of the Visitor Information Centre parking, revamp of the turnaround near the lighthouse, a new common area in the centre of the village, and the restoration of the historic DeGarthe Studio also took place.

“While Peggy’s Cove is a provincial icon and a highly visited destination, it is also, first and foremost, a community. We knew that if we could help bring residents’ vision to life in Peggy’s Cove—preserving what matters most, enhancing resilience and safety, telling the real stories—then not only would the community be more sustainable, but people— partners, visitors and all Nova Scotians—would be inspired. This viewing deck is the last part of a host of initiatives designed to do just that. We all believe that taking in this majestic cove up close is something everyone should have the opportunity to enjoy,” says Jennifer Angel, President and CEO, Develop Nova Scotia.