York University and the Schulich School of Business officially opened a new building today designed to bring industry into the classroom and to stimulate interdisciplinary research in fields ranging from business ethics and big data to global enterprise and real estate and infrastructure. 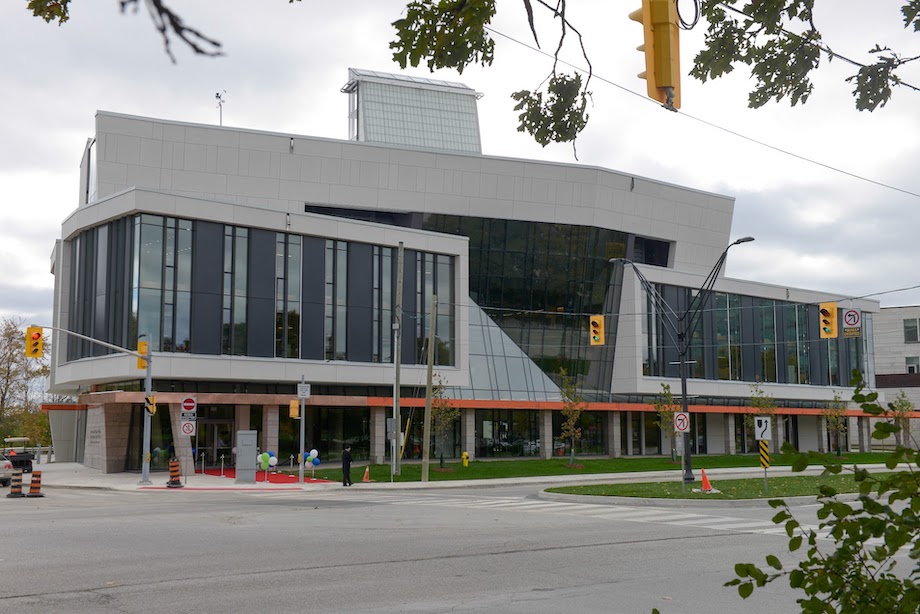 The Rob and Cheryl McEwen Graduate Study & Research Building will accommodate academic program growth, modern research facilities and space for study and socializing. Its distinctive design, by Baird Sampson Neuert Architects, makes it one of the most environmentally sustainable and socially responsible academic buildings in North America.

The new building stands near the main entrance of York’s Keele campus, next to the TTC’s York University Station. Attached to Schulich’s existing complex, it is named in honour of long-time Schulich supporters Rob and Cheryl McEwen, who have donated $8 million to the university toward this expansion of Schulich’s facilities. 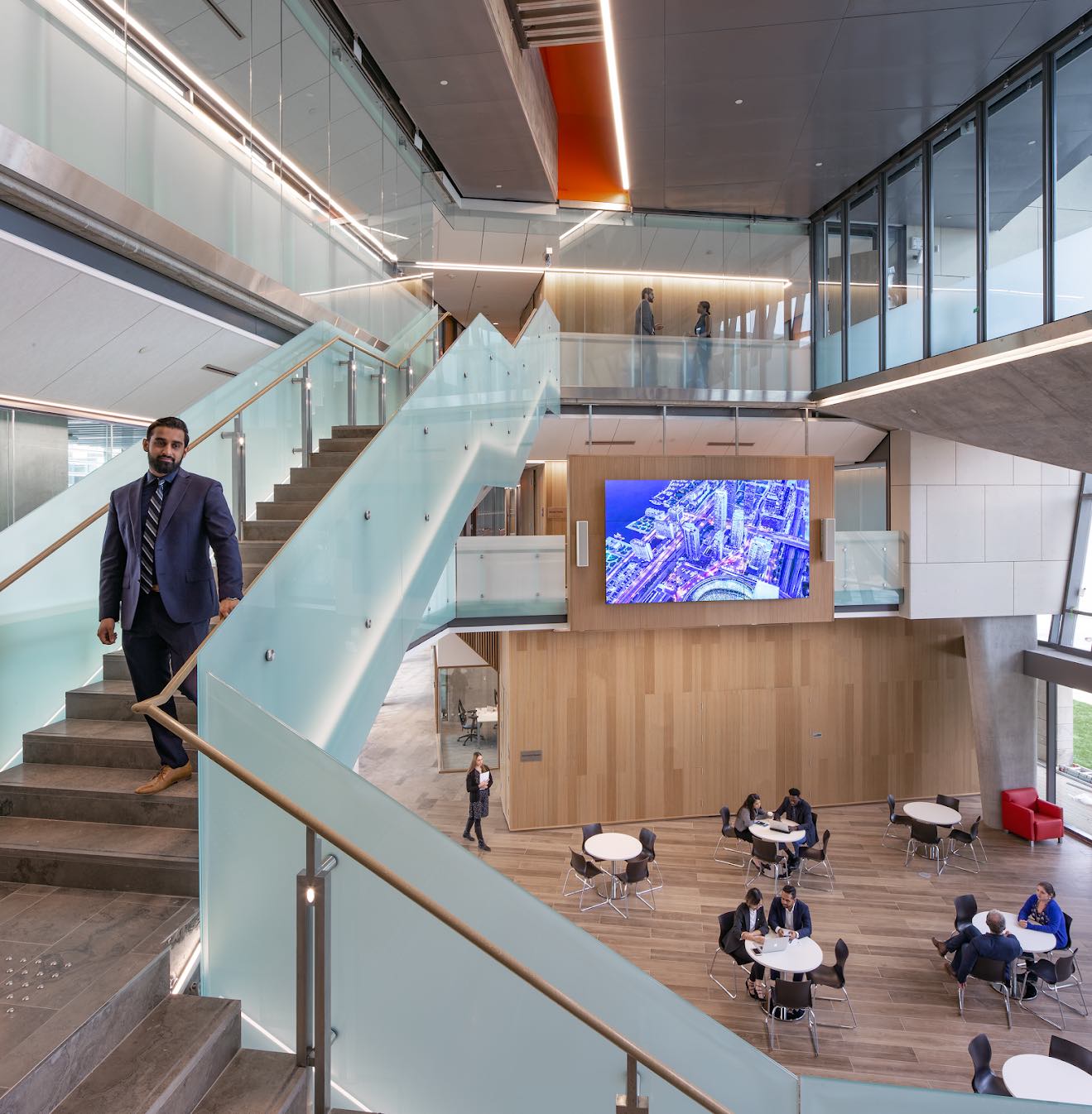 The $50-million project received $15 million in funding from the Government of Canada through the Post-Secondary Institutions Strategic Investment Fund, which is dedicated to modernizing research and commercialization facilities, improving their environmental sustainability, and promoting economic activity. The project was also supported with $35 million from Schulich’s Leading Change fundraising campaign, including the McEwen donation, and York University.

The 67,000-square-foot building is one of the first to use the principles of Thermally Active Building Systems to achieve LEED Gold certification. A core feature of the environmentally responsible design is a dramatic glass solar chimney that rises 27 metres to provide passive natural ventilation for the entire building.

Schulich’s expanding academic and research agenda is reflected in the design of the project, which will house the Research Office for the internationally-recognized business school as well as four Centres of Excellence in areas of management education in which Schulich already excels. Three of these have been established: the Centre of Excellence in Responsible Business, the Schulich Centre for Global Enterprise, and the Brookfield Centre in Real Estate and Infrastructure. A newly developed Centre of Excellence in Business Analytics and Artificial Intelligence is envisioned as a leading hub for business and academic collaboration, experiential education, and research. The Centre incorporates the Deloitte Cognitive Analytics and Visualization Lab, which is already exploring advances in predictive analytics, natural language processing, machine learning, analytics design and visualization, and data-based storytelling.

At the core of the building is a three-storey atrium built to provide opportunities for meetings between students, professors, researchers, staff and visitors. Classrooms and seminar rooms on the main floor, and lounges and seminar rooms on upper floors, surround the atrium, allowing for greater interaction and the stimulating exchange of ideas.