Following its March world premiere online at the International Festival of Films on Art (FIFA), the documentary short Open Sky: Portrait of a Pavilion in Venice, directed by Katerine Giguère, is available for viewing free at NFB.ca. The newly released film is the headliner in a selection of architecture films that the National Film Board of Canada is featuring to mark World Architecture Day. 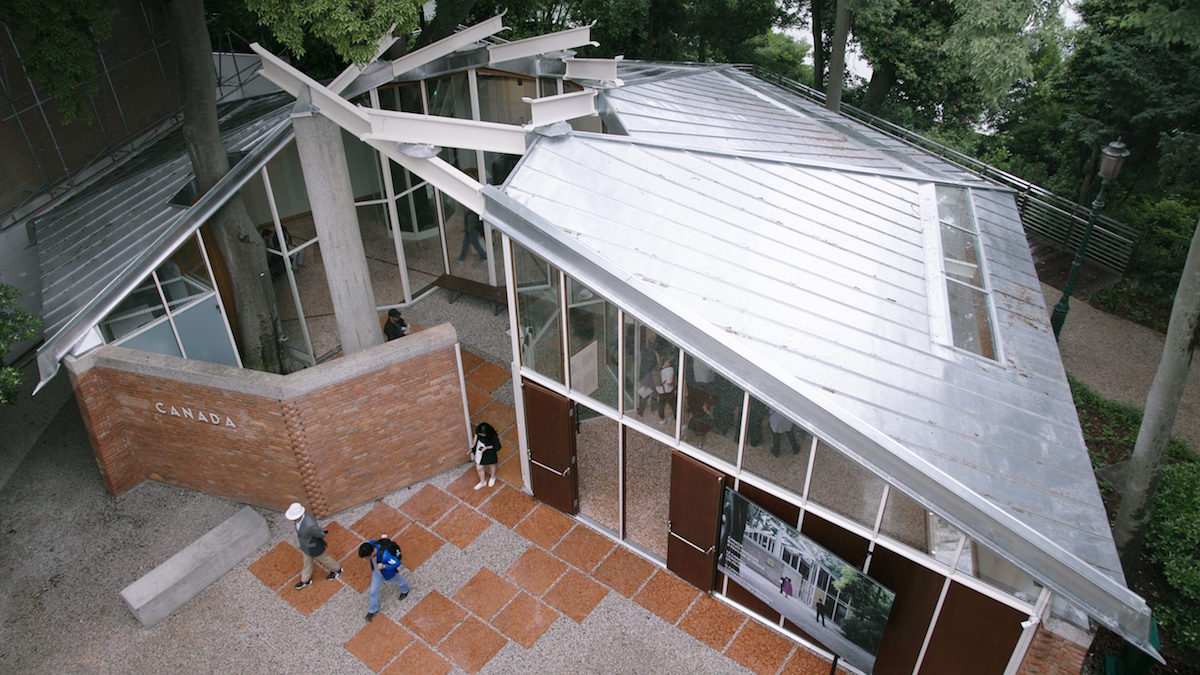 The film invites viewers to the Venice Biennale to discover the Canadian Pavilion, designed by Milan’s Studio BBPR, and restored, together with its surrounding gardens, by the National Gallery of Canada on the occasion of the building’s 60th anniversary in 2018.

The filmmaker Katerine Giguère was both director and cinematographer for the project, which creates an inviting portrait of the building, one of 29 pavilions in the Venice Biennale Gardens.

The documentary includes more than 120 archival images, a dozen interviews with experts in various fields, and recent footage focused on the innovative design of the building and its relationship with the natural surroundings. The film is an hommage to a special architectural achievement, bathed in light and open to the sky.

The experts interviewed for the film in Canada and Italy offer accounts of their personal connections with the pavilion and its gardens. Among them are Réjean Legault, professor at the École de design at the Université du Québec à Montréal (UQAM); Karen Colby-Stothart, chief executive officer of the National Gallery of Canada Foundation (2013–2019); Josée Drouin-Brisebois, senior curator of contemporary art at the National Gallery of Canada; Cornelia Hahn Oberlander, landscape architect; Paolo Baratta, president of the Venice Biennale (2008–2020); and Alberico Belgiojoso, architect and heir to the Studio BBPR.

At the time of the Canada Pavilion’s inauguration at the 1958 Venice Biennale, the film short City Out of Time, by Colin Low, was produced by the National Film Board. Open Sky: Portrait of a Pavilion in Venice includes evocative images from Colin Low’s work.