The firm served as lead architect for the pavilion, which is inspired by Canadian landscapes and Arabic architectural elements. 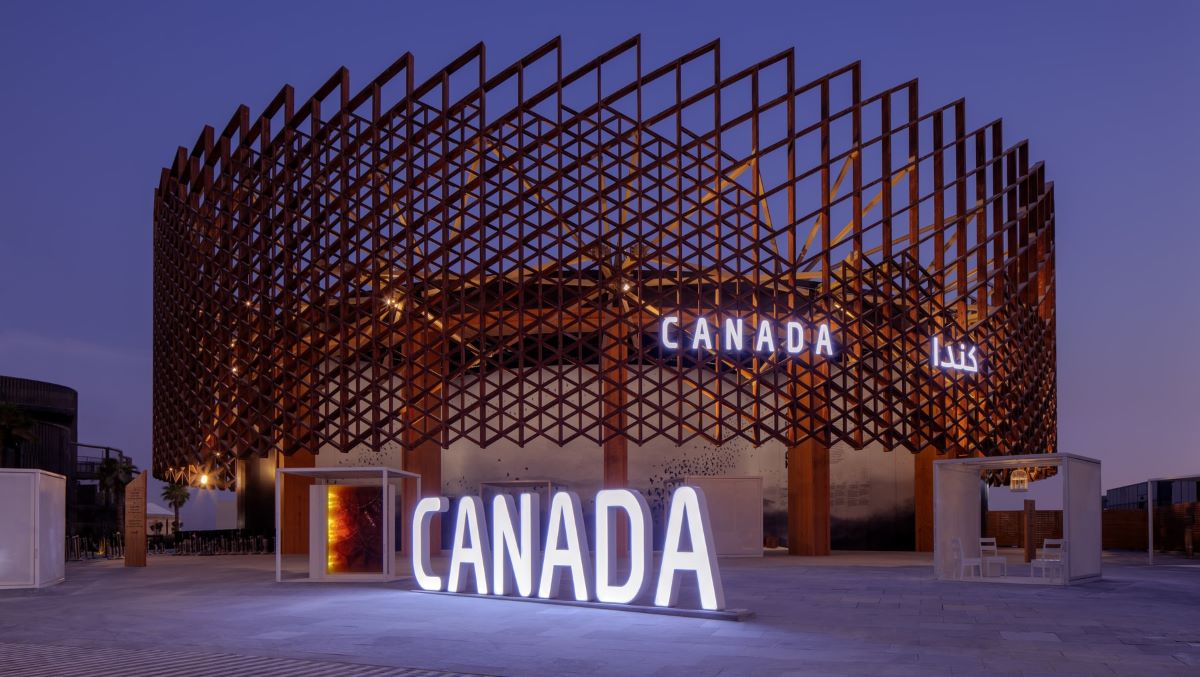 Moriyama & Teshima Architects has announced the recent unveiling of the Canada Pavilion at Expo 2020 in Dubai, for which the firm served as lead design architect.

The design of the Canada Pavilion responds to Expo 2020 themes, by seeking to build bridges that connect Canadian society and culture to the Middle East and the attending global audience.

Inspired by Canadian landscapes and Arabic architectural elements, the Canada Pavilion is located in the Sustainability district. Visitors approaching the Pavilion are greeted by a curved facade constructed of woven sections of Douglas Fir.

Composed of a modular layering of geometric panels on vertical supports, the wood screen evokes the experience of a Canadian forest, defined by rhythmic verticals that are connected by an airy, foliage-like lattice. The use of a geometric lattice is also an intentional cultural tie-in to the Arab Mashrabiyya, an exterior wood screen used throughout the Middle East to provide privacy and shade.

The lattice geometry of the screen is informed by the Trans-Canada Highway (TCH). Relative sea level elevations of the TCH were mapped out from coast-to-coast and circumscribed as an outline across the screen.

Appearing as a large floating disc hovering above the Expo plaza, Canada’s Pavilion also calls to mind a hand drum, a ubiquitous instrument of choice of storytelling and celebration amongst the Indigenous cultures of both Canada and the Middle East.

“Canada’s pavilion balances the need to express multiple layers of symbolism with the ability to present an uncomplicated welcoming gesture for Expo guests. The simple circular form, a universal symbol of unity, evoked the cyclical relationship humans have to one another, to their landscapes, and to the planet,” says Mohammed al Riffai, Moriyama & Teshima Architects.