C40, a network of the world’s megacities committed to addressing climate change, has launched the Reinventing Cities call for projects, in order to transform underutilized spaces into resilient, low-carbon sites. It is with these goals in mind that Montréal proposed the De la commune Service Yard as a site to be redeveloped as part of this call for projects. Professionals are invited to to submit their proposal by May 4, 2018.

Inspired by the Reinventing Paris winners, Montréal, a UNESCO city of design, opens the doors to the teams’ creativity through a free program. Projects can be residential, commercial or institutional. The call is launched to multidisciplinary teams who wish to reinvent the site of the service yard, bordering on the entrance to Ville Bonaventure, in order to realize a project that reflects innovation, quality of life, and the fight against climate change.

As part of this call for projects, 19 cities worldwide have identified 49 sites to be redeveloped. Montreal’s De la Commune Service Yard is a 0.9 ha redevelopment site is located in the Cité du Multimédia adjacent to the west end of Vieux‐Montréal. This site enjoys exceptional exposure, being located at the entrance to the city via the Bonaventure highway. 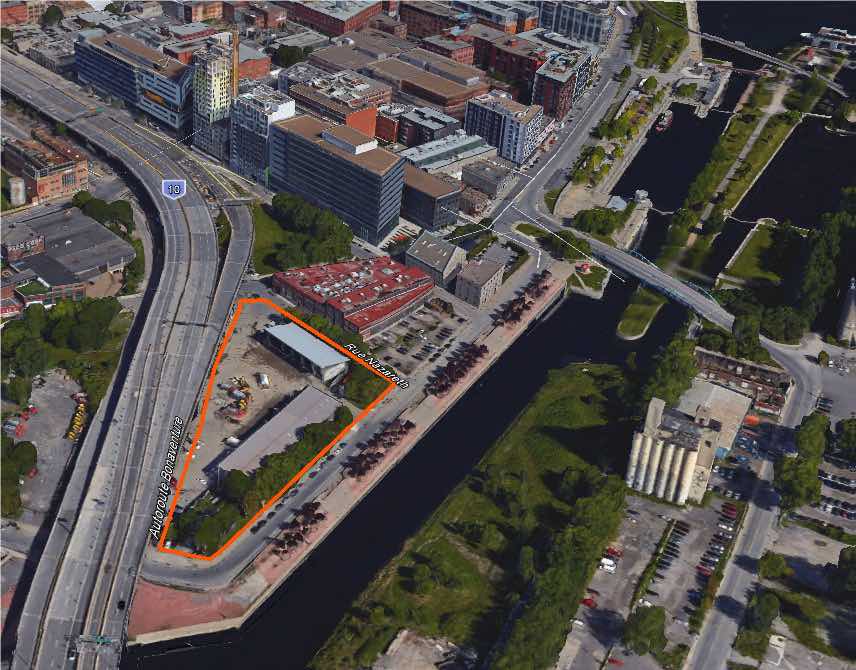 The Cité du Multimédia is a neighbourhood located between Vieux Montréal, Griffintown and downtown Montréal. The neighborhood is the result of a vast real‐estate project launched by the Québec government in the late 1990s which redeveloped abandoned nineteenth‐century industrial buildings into a business cluster for information technology companies.

This site consists in a 9 910,5 m² lot, currently occupied by a satellite service yard. It  benefits from a good accessibility by public transit, with two metro stations located less than 1.2 km away and three bus lines running in the area. The site is linked to Montréal’s bike path network as well.
More information about Montreal’s C40 Reinventing Cities project is available here.
competitionsMontreal
Share