On December 11, the new Centech premises were officially inaugurated in the former Dow Planetarium by the Director General of the École de technologie supérieure, Mr. Pierre Dumouchel, and by the Director of Technological Entrepreneurship and Innovation and Centech Executive Director, Mr. Richard Chénier, in the presence of the Parliamentary Secretary to the Minister of Innovation, Science and Economic Development, Mr. David Lametti, the Minister of Education and Higher Education, Mr. Jean-François Roberge and the Head of the Smart City, Information Technology, Innovation and Advanced Education Executive Committee for the City of Montreal, Mr. François William Croteau. 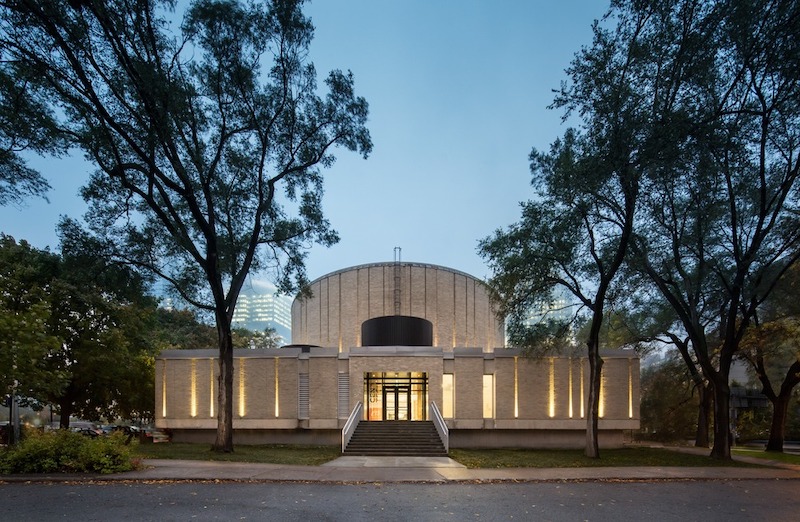 Closed since 2011 after 45 years of existence and transferred to the École de technologie supérieure (ÉTS) by the City of Montreal, the conversion project by Menkès Shooner Dagenais LeTourneux Architectes aimed to rehabilitate this iconic Dow Planetarium building located at 1000 St. Jacques in Griffintown, in the heart of the Quartier de l’Innovation to welcome Centech, a business incubator. Founded by ÉTS, Centech is a non-profit organization that aims to support technology companies by promoting their economic development and technology transfer. 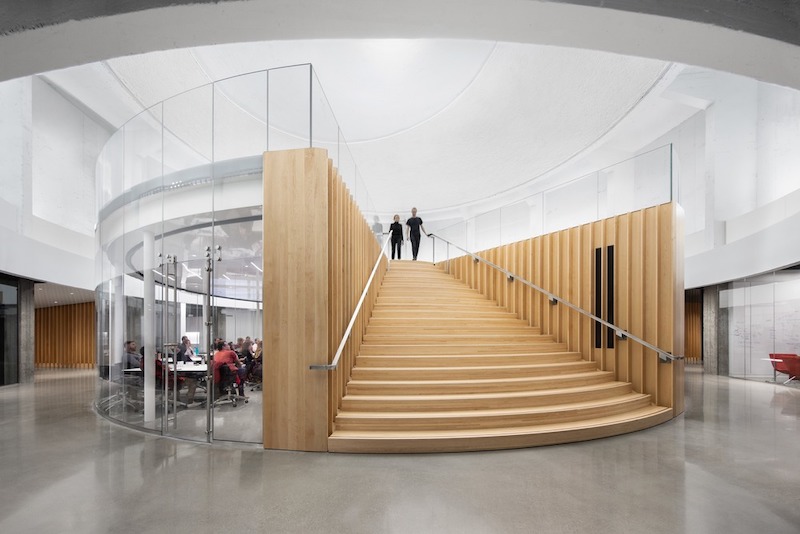 In the spirit of creating synergies between the university community, the business community, the citizens and the ÉTS community, the new vocation of the Planetarium commissioned the typology of spaces: spaces to encourage encounters, collaboration and reflection linked to tools and advanced technologies, spaces of social diversity and exchange platforms for sharing knowledge. 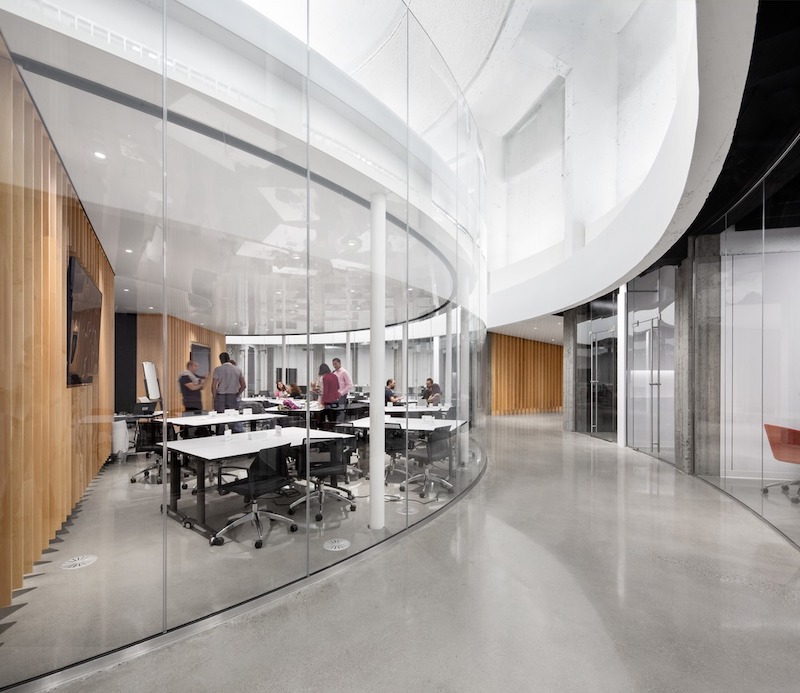 The main architectural challenge met by Menkes Shooner Dagenais LeTourneux Architectes was to find a way to bring light into the heart of this building designed and intended, by definition and function, to be both obscure and opaque while preserving the memory and the nature of the place, inscribed in the imagination of Montrealers. 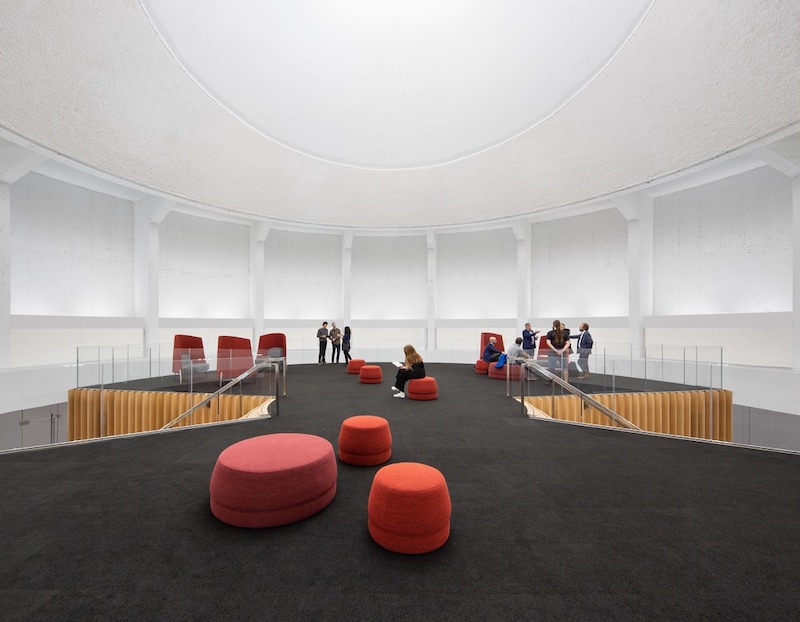 The choice to develop the project around the concepts of revolution (about an axis) and the circular shape, imposed by the intrinsic nature of the building, was decisive. Inspired by the perpetual movements of the universe and by the curious complexity of ancient instruments such as the astrolabe or the Orrery machine that translate it, the team of architects transformed the former Dow Planetarium not only into a place that allows to see and explains the cosmic movement, but into a dynamic place which uses it. The era of observation having gone by, this building becomes a generator, accelerator and source of inventions. 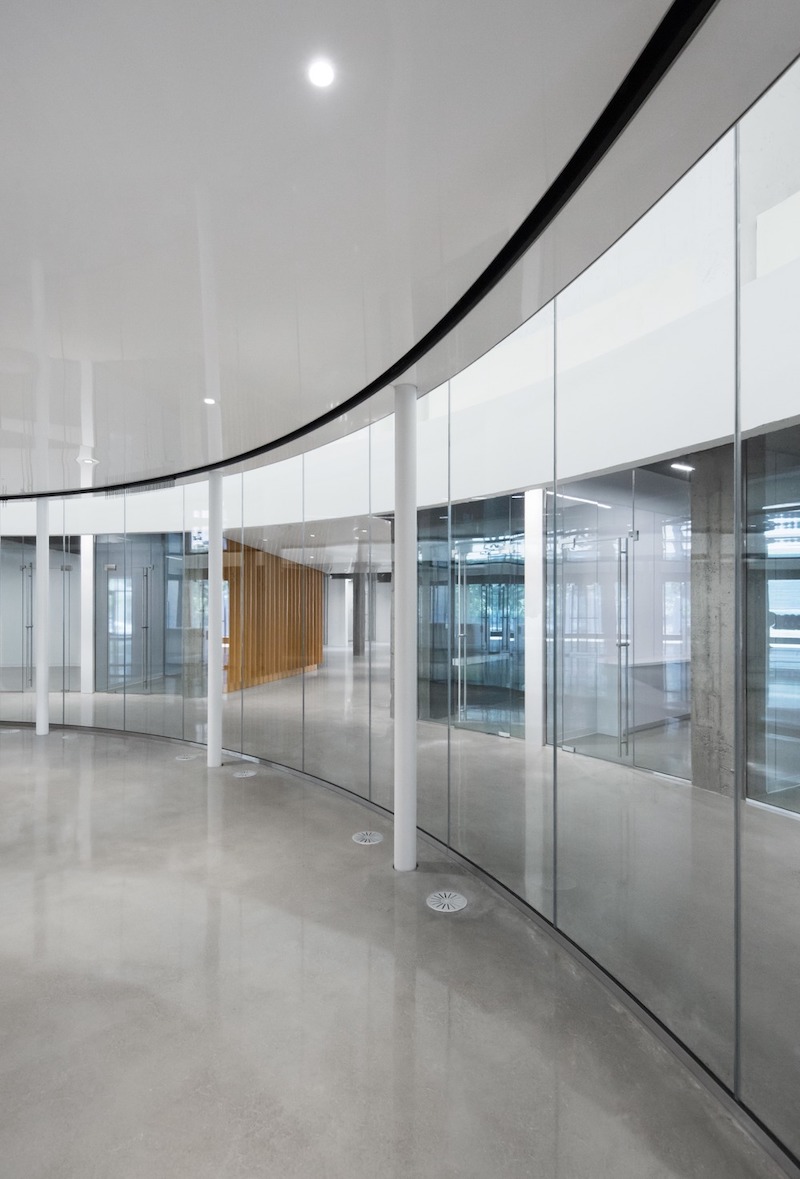 Beyond the materiality, the architects have thus favoured the formal language to make the movement and this acceleration real and perceptible: from the gears that recall walls composed of a juxtaposition of vertical slats to the concentric circles which are superimposed in the plan, everything is about mechanical rotation and spinning. 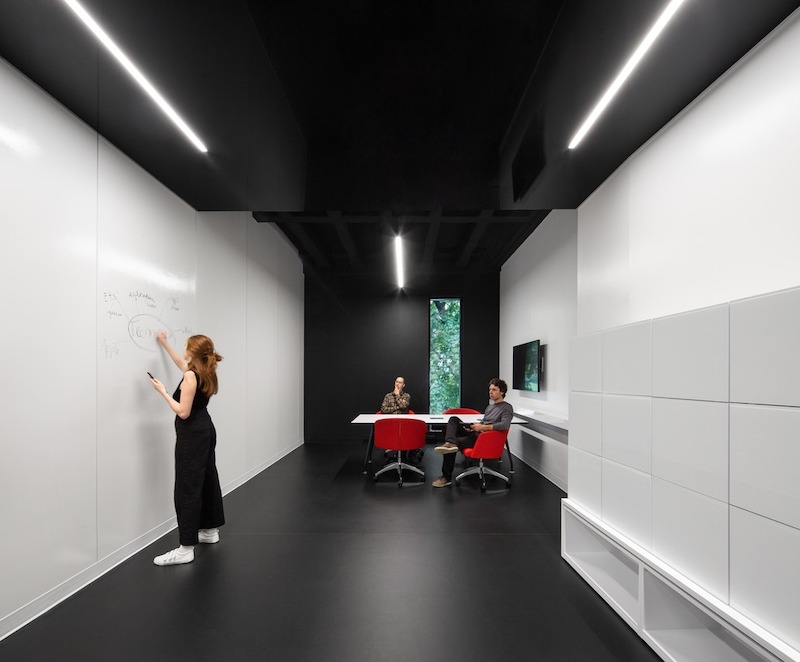 The centre of the building is an open circular space accessible on all sides and that controls the entire spatial organization of the building. Designed to be the heart of the accelerator in the image of a crucible of innovation and announcing the premises of what will be created in this place, it is intended for unplanned encounters and opportunities that are often at the origin of the greatest discoveries. 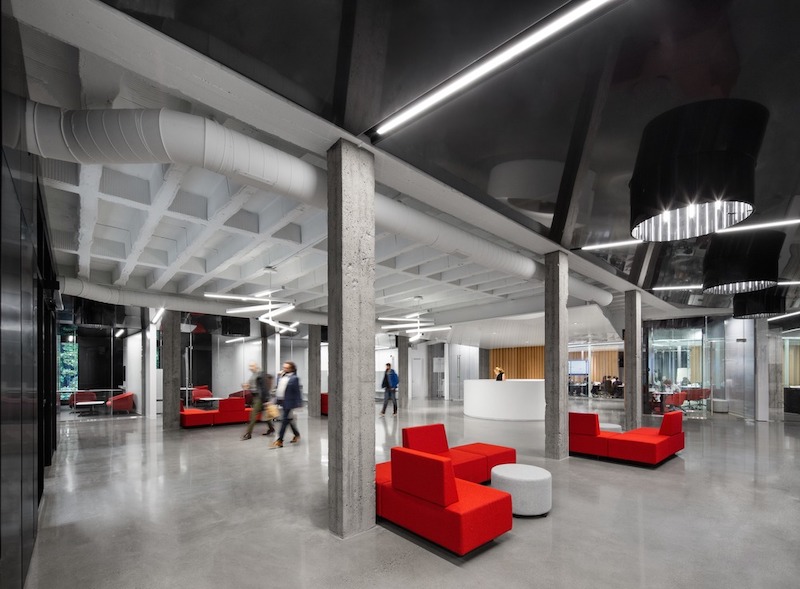 The mechanics of the rest of the building are entirely articulated around this central space. Similar to the ingenious principle of watchmaking and the cogwheel, a concentric circulation path leads to the café, the meeting space and the ideation room that wrap around and revolve about a solidary and precise mechanism.