A meeting with B. V. Doshi and a conversation on the 1958 Toronto City Hall and Square Competition

‘Sangath, it’s an architect’s office isn’t it?’ asks the auto-rickshaw driver as we make our way through Ahmedabad’s late afternoon traffic. By this point, I’m accustomed to the organized chaos of Indian driving and the apparent ease of drivers to find any address. Yes, it is an architect’s office, I say to myself, but not the office of any architect. We’re heading to Vastushilpa Consultants and my meeting with its principal, architect Balkrishna Vithaldas Doshi. Half a world away and over half a century later, I am keen to talk to Doshi about his entry into Toronto’s 1958 City Hall and Square Competition.

The office compound at Sangath is enclosed by a high wall of hand-made, parged brick, shutting out the noise of the street. Within, it’s an oasis of quiet, shaded by eucalyptus trees, cooled by small ponds and carpeted with plush green lawns. Peacocks jaunt across the pebbled path that leads down to Doshi’s vaulted offices and my meeting. A Ganesha, half human half elephant, the god of wisdom and the remover of obstacles, sits above the doorway, welcoming me.

Inside, I’m offered tea and invited to sit. I’m impressed by the bustle of the place. I could be in any architectural office, anywhere. In front of me, an intern works on a model of a new complex proposed for a town in the Middle East. He confers with a colleague about model details. Around a corner, there’s a room full of computers, their operators fixated on screens and tasks at hand. To the left, a door opens, revealing a meeting in progress, drawings are pinned up, and spread on the table as the project team reviews a project. The venerable architect emerges. 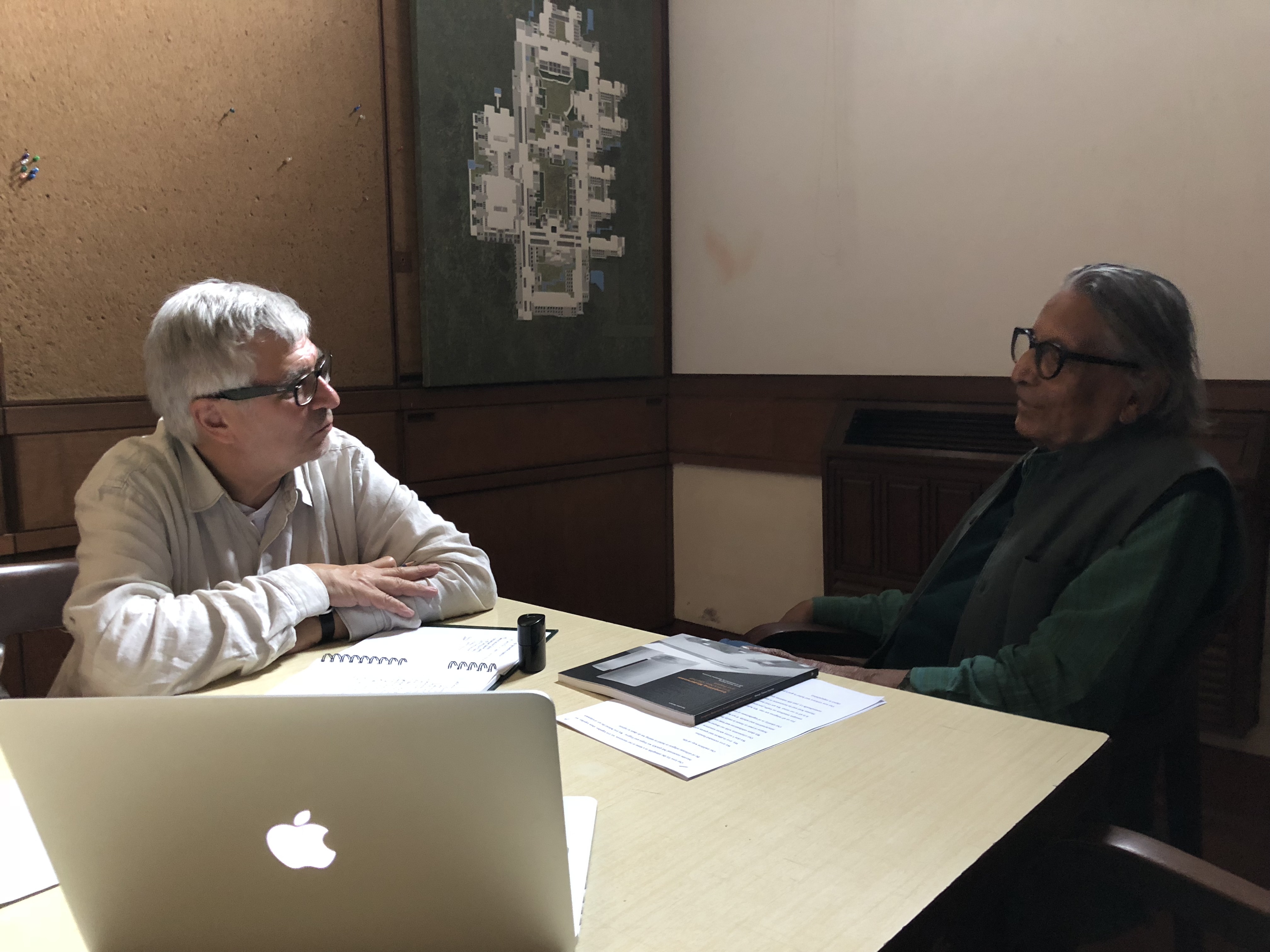 Doshi crosses through the space, spies me, and invites me into a small boardroom. He’s spry, focused and exudes a youthful energy, which belies his 90 years. ‘Toronto’s competition,’ he asks, ‘you’d like to know about that.’ ‘Yes, please. Tell me how you became involved.’ And so, our conversation begins.

Doshi’s entry was one of eight submitted by Indian architects and, apart from Japan, India had the largest number of non-Western participants. I’d been invited to meet with Indian architects in January to talk about their country’s forays into modernism. There is a special accord between Indian and Canadian modernity, as both countries had their architectural coming-of-age in the modern, post-war period. My 2018 visit to Ahmedabad and a lecture at CEPT University’s School of Architecture provided me with an opportunity to meet Doshi. Six decades earlier, Doshi submitted a radically modern scheme to Toronto’s City Hall and Square Competition. I was interested in knowing as much as I could about it and, more critically, hearing from Doshi himself, who is one of a very small number of competition entrants who are still alive. 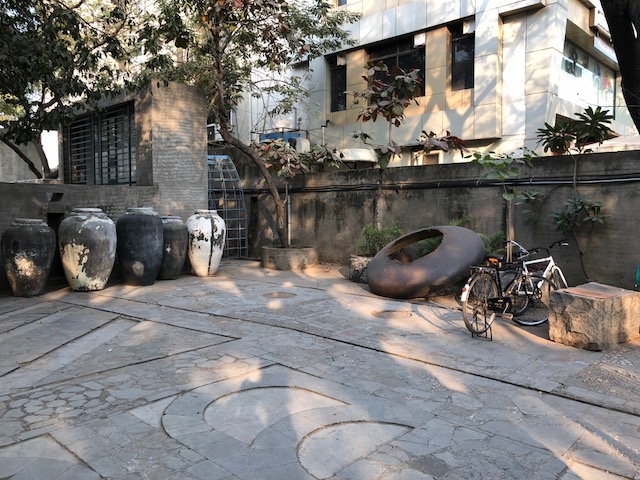 Doshi’s proposed design (entry number 339 of a total of 509) comprises a lozenge-shaped 33-storey tower, buttressed by two massive service cores. A four-storey building extends on the site’s eastern edge, reaching along Bay Street toward Queen. He designed this element to contain a ceremonial ramp and a pavilion with a hipped roof marking the location of the council chamber., A ramp connects the council chamber to a small music platform at the level of the park. The architectural promenade and the landscape are key elements in Doshi’s design work. In our discussion, I discover that Doshi had heard about the competition as he was working with Kenzo Tange on the stadium design for the Tokyo Olympics of 1964. Doshi developed his scheme in consultation with Tange’s engineer, Yoshikatsu Tsuboi (1908 – 1980). The design for the city hall is remarkable in that the interior is column-free. The entire structure is designed from the outside. Two external cores act as shear-wall frames and are placed diagonally across the main tower structure, which is supported by a steel lattice skeleton. The project is strongly influenced by Doshi’s interactions with Louis Kahn and Le Corbusier. Toronto’s City Hall plan references Kahn’s approach to servant and served spaces – towers containing elevators and service rooms, while floors are left free for office use. The form aspires to blend modernity with the local, something Doshi developed in working with Le Corbusier, beginning in 1951. On the elevations, Doshi’s basket-weave design pays homage to his humanist approach and veneration of community and cultural traditions. For Doshi, Toronto’s competition challenged him to think of ways in which his approach to modern architecture could simultaneously recognize the global and the local. Doshi showed his design to Buckminster Fuller, who encouraged him to continue his pursuits. In a later conversation with Eero Saarinen, one of the competition jurors, Doshi recalled Saarinen wistfully regretting that the scheme did not make it into the competition’s second round. Who knows, perhaps Doshi’s design might have been the winner?

An hour with Doshi passed quickly. As our meeting closed, I casually asked if he recalled a Canadian architect and a friend of mine, the late Carlos Ventin, who had worked in Doshi’s office. His face lit up. Of course he did. He’d visited Carlos a number of times during trips to Canada and knew Ontario well. Small world, we both admitted. 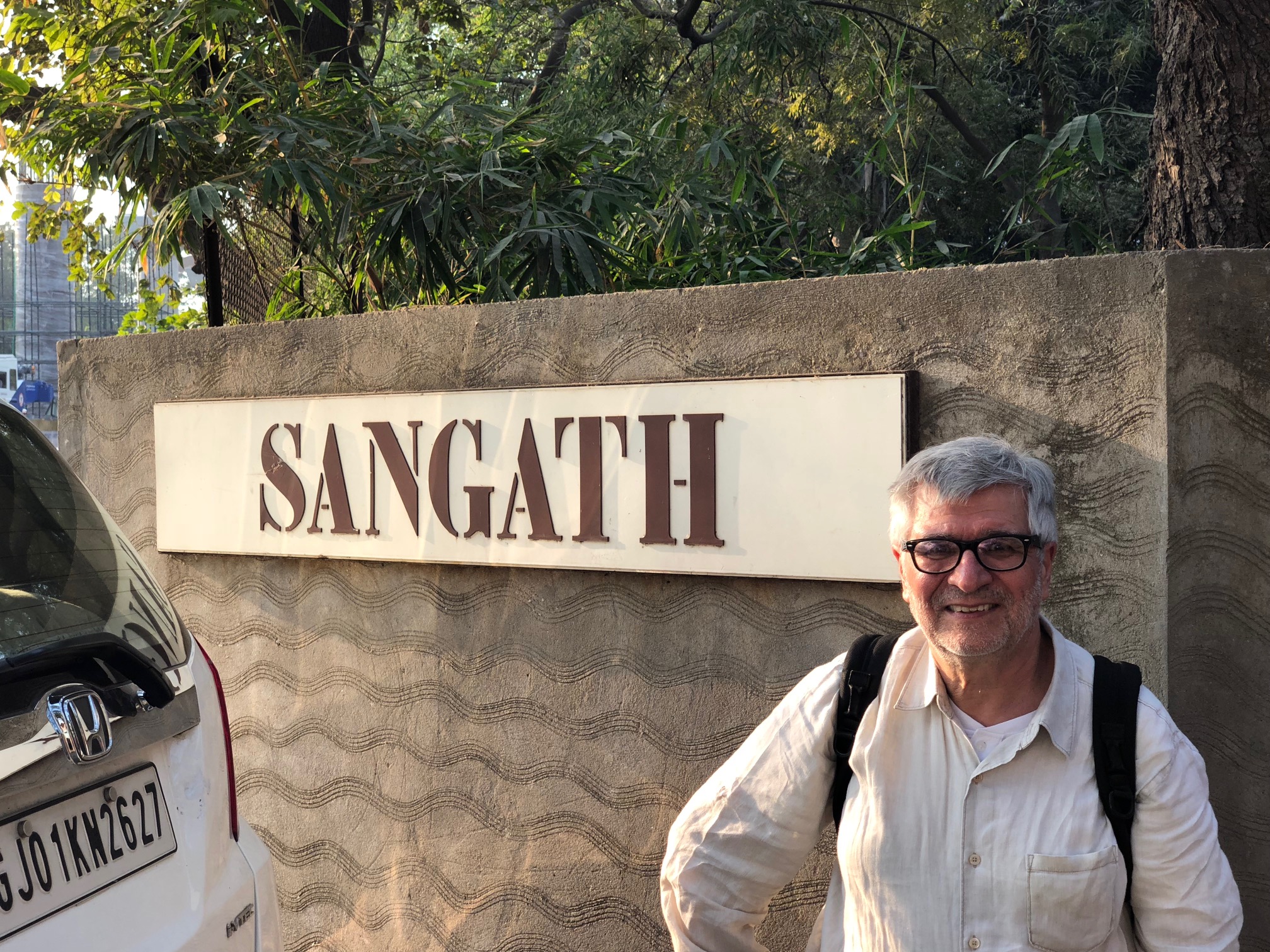 The selection of Balkrishna Vithaldas Doshi as winner of the 2018 Pritzker Prize in Architecture is well deserved. As an architect and educator, he has had a profound impact on education and architecture both in India and abroad. The award ceremony is planned for Toronto in May. It will be great to welcome Dr. Doshi here sixty years after his ambitious design for our City Hall was delivered.

George Thomas Kapelos is a Professor at the Department of Architectural Science at Ryerson University. Photos by George Kapelos.