Thank you for shining a light on the enormous blind spot of our industry—embodied energy—in July’s issue of Canadian Architect.  Anthony Pak’s observation that “reducing operational energy use has been the primary focus of green building efforts for decades” politely points towards the enormous hole we’ve dug for ourselves via a prolonged obsession with energy efficiency.

Unfortunately, it’s much worse than just a blind spot. Our undivided attention over the past 30+ years on the operational footprint of our buildings has had two dramatic unintended consequences: (1) our buildings have become increasingly complex, often composed of multiple layers of materials few of us really understand, and (2) this complexity has led to a consistent increase in the embodied footprint per m2 over that period of time. 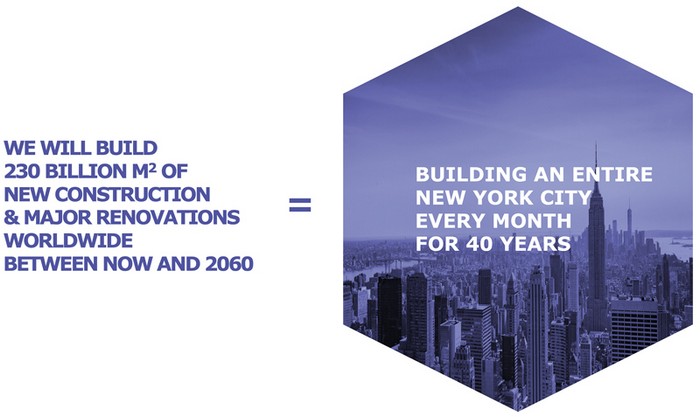 To illustrate the first point, in July, the OAA’s Sustainable Built Environments Committee released High Performance Wall Assembly guidelines intended to empower its membership “to achieve the OAA +2030 targets for increased energy efficiency and reduced operational carbon in buildings.” This document illustrates wall assemblies composed of extruded polystyrenes, self-adhering air control barriers and other insulating materials—in one case stacking up to 10 layers of materials that reads as an advertisement for Big Insulation clad in something “lightweight.”  As an architect with only 15 years in the industry, I ask myself: At what point did we start training ourselves to wrap our buildings in layer upon layer of petrochemicals? In a world where other industries have moved away from these materials, why are we actively working to expand their use? 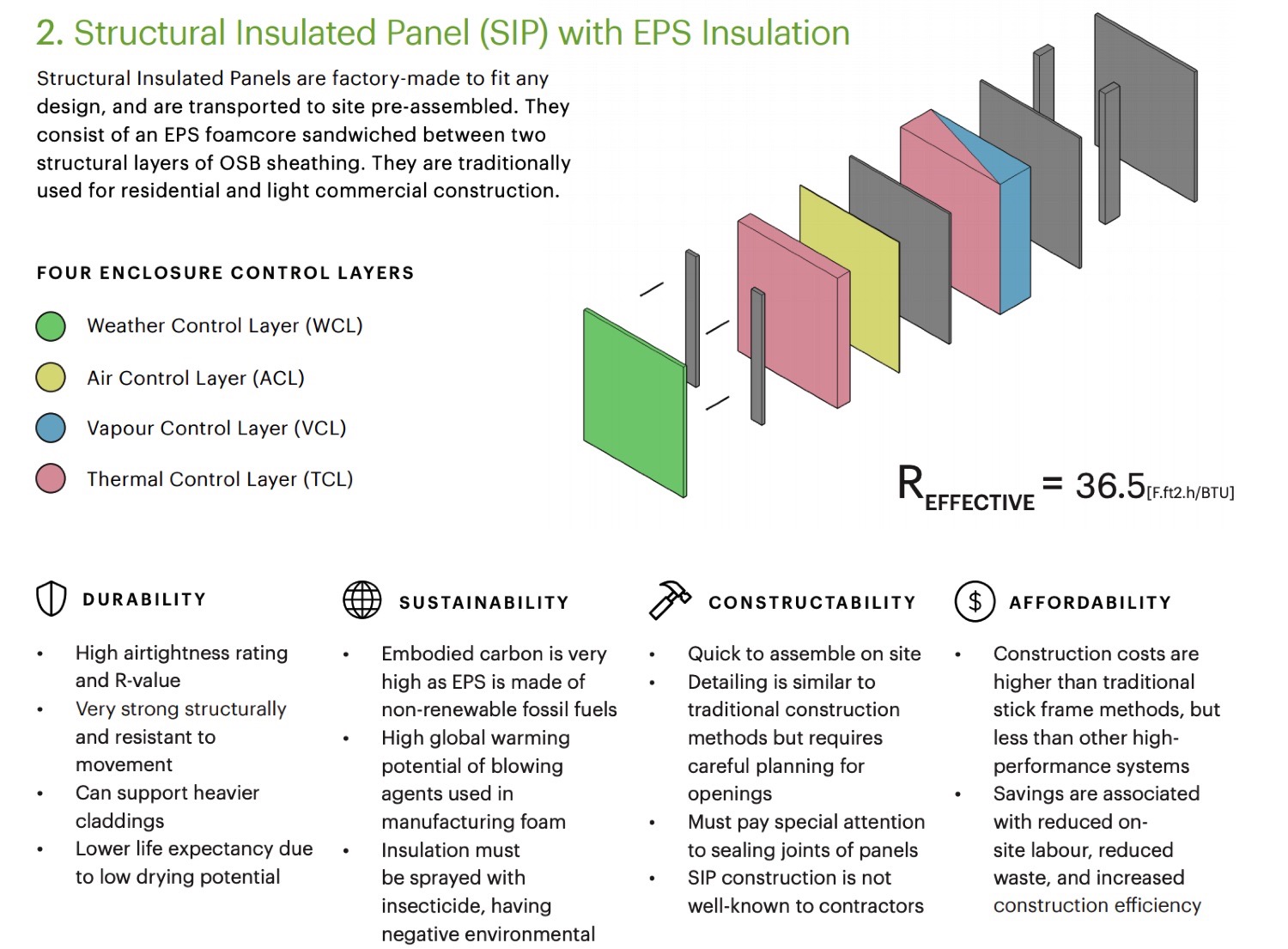 The second point becomes obvious when you compare a building built today with one built 50 to 100 years prior. A century ago, the materials and labour that built our homes and our cities were sourced almost entirely regionally, from sources that were abundant, accessible and easily transformed. Now, more often than not, we’ve lost any sense of where our building materials come from, what they’re made of, who makes them and what embodied energy they carry. As a result, the provenance of today’s buildings—understood as a stacking of multiple (and increasingly global) supply chains—is nearly impossible to untangle. The knock-on effect of this is that Life Cycle Assessments (LCAs), which are only as accurate as the data points in hand, have difficulty measuring all aspects of a building’s embodied environmental impact with a great degree of accuracy. Moreover, the socio-economic impacts of building materials, which come from all parts of the world, are seldom considered.

Pak’s article also serves to shine a light on the United Nations’ Integrated Panel on Climate Change (IPCC) Report. In its Summary for Policy Makers, it outlines the immediate measures required to limit global warming to 1.5ºC during the current century. (Beyond this threshold, sea level rise dramatically increases, 1.7 billion more people will be exposed to severe heatwaves, and hundreds of millions of additional people become exposed to climate-related risks and poverty.) To achieve this target, global action will require “rapid and far-reaching transitions in land, energy, industry, buildings, transport, and cities” to reduce net emissions of CO2 to half of current levels by 2030, and reach net zero by 2050.

The challenge is overwhelming—more so when you consider the hole we’re starting from.  Meeting the 2030 challenge requires a radical refocusing towards embodied energy. We need to face new questions: How do we choose between two different wall assemblies, two window suppliers, two doors, two walls, two structural systems? Assuming both options perform and cost the same, does one contain minerals and materials that were sustainably sourced, processed and transported? Was one sourced and processed with fair labour? Does either option have half the carbon footprint of the industry norm? What is the norm?

How do we answer these questions? The OAA’s Sustainable Built Environments Committee, and other groups like it, could pivot to address the total lack of benchmarks immediately. City planning departments could begin installing maximum CO2/m2 thresholds for new construction, and telegraphing to the industry timetables for implementation. Architects and engineers could use con-ed hours to better understand their material choices—from their molecular to their planetary aspects—and work to find incentives for suppliers to make their processes more transparent. Similar to the radical shift required of our diets, we’re required to build our cities from materials we understand the provenance of; materials that are good, clean and fair.

We have one decade to cut our emissions by one half, while still building the houses, schools, hospitals and infrastructure required of continued population growth. We have one decade to halve the emissions of the operations and maintenance of the building stock, infrastructure and cities we’ve inherited—all without expending a greater amount of embodied energy in the process. We have much less than a decade to establish in Canada—regionally, provincially, nationally—benchmarks for everything that goes into our buildings, our infrastructure and our landscapes to enable us to make informed decisions, and against which to measure our progress. We have no time to hesitate in demanding, engaging and acting.