This image is really deliberate in the way it is staged, and confident in its tight frame, setting itself apart from the way you might expect an architectural interior to be captured. It reminds the jury of how, at the cusp of medieval and Renaissance imagery, certain images presented the beginning of an understanding of depth and perspective within an otherwise flat image. This photo arrests you with the detail and short perspective in the foreground, and simultaneously draws you deeper into the image. It has playfulness, and an element of mystery.  – Jury Comment 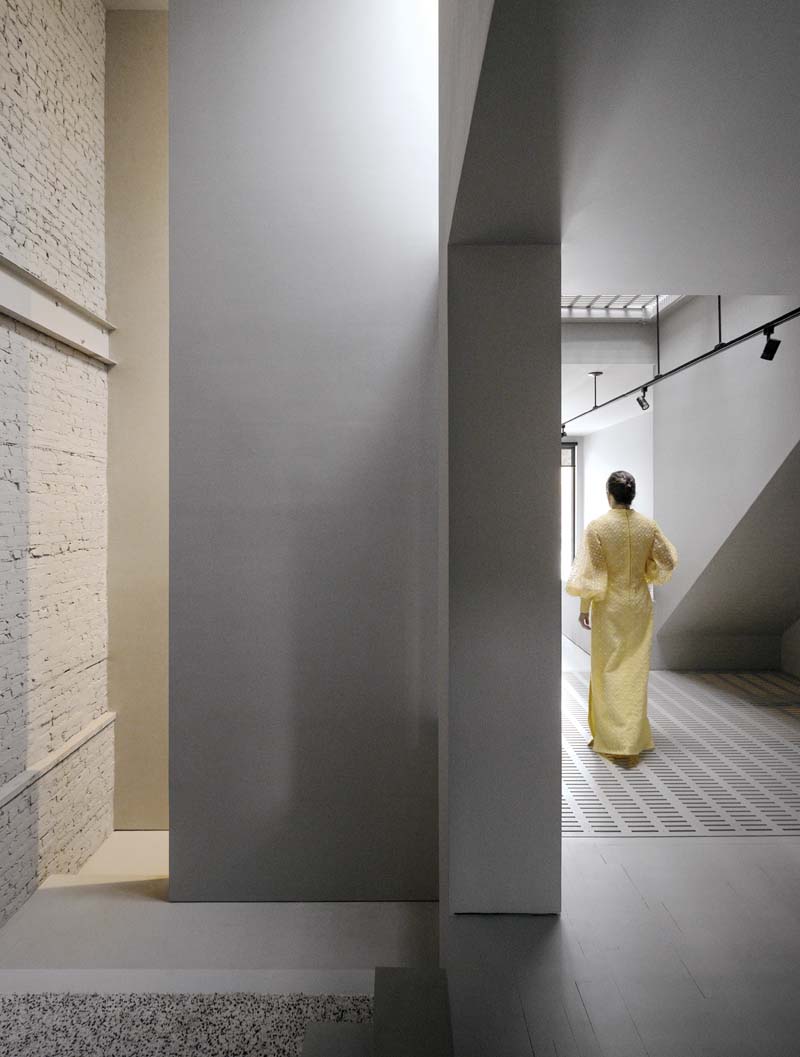 This photo was taken in the house of an actor-director couple, designed by architect Jean Verville. The setting—mixing architecture, mystery, and theatricality—was perfect for the actress Sophie Cadieux, who played along for the photo session. An active participant throughout the course of the day, she strolls naturally into the frame of the photo, composed to highlight the verticality of the dwelling. While the photo only hints at the play of natural light in the house, it is marked by Cadieux’s ease of movement through the space, and the sense of a fleeting moment captured on camera.

Is this a staged image with nostalgic accents, or the natural poise of a woman in her home? Perhaps a bit of both at the same time.