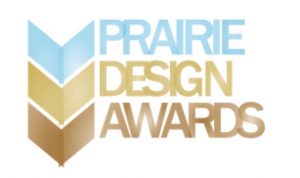 Zach Pauls is an architect and educator. As an educator, Zach has taught at a variety of design studios in the United States, Canada and Europe, currently holding an Adjunct Faculty position at Woodbury University in Burbank, California. As an architect, Zach has held leadership roles at multiple internationally recognized and award-winning offices in both Canada and the United States. He has lead diverse multi-national teams on projects at a variety of scale including cultural, governmental, infrastructural, religious, hospitality and housing projects, with locations in Canada, the United States, Asia and the Caribbean. Zach has formerly been an integral contributor at 5468796 Architecture in Winnipeg, The NOW Institute in Los Angeles, and Morphosis Architects in both New York and Los Angeles. He is currently a Senior Designer at Richard Meier & Partners Architects in Los Angeles, California.

For over thirty years Janet has been involved in the design and implementation of public and private realm landscapes throughout Ontario and across Canada. Among her many pursuits, Janet is a founding member of the Toronto Tree Foundation, a member of the Stewardship Council for The Cultural Landscape Foundation, and most recently she has joined the Steering Committee for Parks People in Toronto. As an engaged team leader, Janet fosters and mentors talent within the Studio. As a speaker and leader across North America, she inspires and shapes the profession. Her work with various organizations and design panels has imprinted a design aesthetic and passion for landscape architecture in communities across Canada. In honour of her contributions to the field of landscape architecture, Janet has been recognized as a Fellow of the American Society of Landscape Architects and awarded an Honorary Doctorate from Ryerson University. She has also received a prestigious Urban Leadership Award from the Canadian Urban Institute, the OALA’s Pinnacle Award for Landscape Architectural Excellence, and the Governor General of Canada Confederation Medal.

Tarisha is an award-winning Interior Designer and Architect with 19+ years of experience with a focus during the last 6 years of her career on community, recreation centre, academic and library design for both renovation and new construction. She has vast knowledge and experience with space planning and programming, conception of overall material palettes, interior detailing, product specification, furniture procurement, contract documents, quality control, code review and project execution. Her understanding of performance requirements to suit functional programs and facility management, for these building and program types,

challenge her to provide innovative design solutions to suit the architectural concept, performance, aesthetics and budget. Her loyalty and passion towards working with her clients confirms her belief that the design ‘team approach’ and its members extends beyond the borders of the studio walls of where she works.

Lisa Rochon is the principal and founder of Citylab. Her practice and work spans design, criticism and advocacy. In 2017, she was appointed Design Director of the new $65-million Canadian Canoe Museum, to be sited on a National Historic Site. Previously, she chaired the architect selection committee for the museum’s short-list of international competitors. In 2016 and 2017, she served as Design Jury Chair and one of the team organizers of the Winter Stations international design competition.

In 2018, for a Public Space Incubator competition, Rochon assembled a design community team with public artist/architect Paul Raff to reinvent the Regent Park’s derelict bike lanes, encouraging more women to cycle in the city. For the same initiative, she worked with two female designers, both indigenous, from Brook McIlroy to propose a series of Red Skirts as gateways of remembrance and celebration throughout Allan Gardens in downtown Toronto. From 2000 – 2013, Rochon served as architecture critic for The Globe and Mail, writing from Toronto and from cities around the world. Her national column received two National Newspaper Awards as well as the Award for Architectural Journalism from the Royal Architectural Institute of Canada. She is the author of “Up North, Where Canada’s Architecture Meets the Land” and essayist in many books, including “Picturing Landscape Architecture” (Goethe Institute), “Food” (MIT Press), and Temple of Light (Birkenhauser). Bilingual, Rochon is a Senior Fellow at the Global Cities Institute, University of Toronto.

Diarmuid Nash has enjoyed over 25 years with Moriyama & Teshima Architects, having joined the firm in 1988 after completing work on the Canadian Embassy in Tokyo. A Partner since 1998, Diarmuid is particularly skilled and adept at managing complex, public projects that must often address the divergent priorities of diverse user and interest groups. His substantial expertise in the planning, design and construction of major cultural landmarks is demonstrated in projects such as the Canadian War Museum in Ottawa (Governor-General’s Medal for Architecture 2008), the National Museum of Saudi Arabia, the Waterloo Region Museum in Kitchener, Ontario (OAA Design Excellence Award 2011) and the Niagara Falls History Museum in Niagara Falls, Ontario. As Partner in Charge, Diarmuid has led international design teams through complex large-scale projects such as The Delegation of the Ismaili Imamat in Ottawa (with Maki and Associates of Japan, Governor-General’s Medal 2012) and the recently completed Aga Khan Museum and Ismaili Centre in Toronto (also with Maki and Associates).

Steven Evans’ latest collection of large, black and white photographs is titled De Pedra [of Stone]. It explores the remarkable landscape of northern and central Portugal,

Steven Evans is a photographer living in Toronto. He has made architecture, built form and urban conditions the subject of his attention for over 40 years. His personal and commissioned work has been exhibited, published and collected in Canada and around the world.