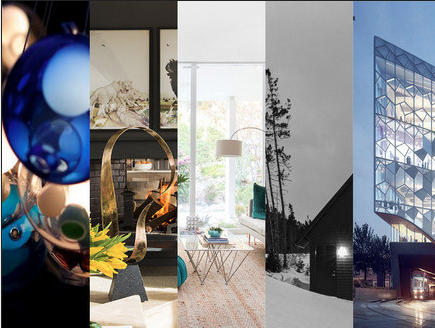 Now in its 18th year, Toronto’s Interior Design Show (IDS) brings together the newest and most innovative of international and Canadian design. The event includes three full days of inspirational exhibits, influential speakers and leading products.

Architect Craig Dykers is a founding partner of Snøhetta, a trans-disciplinary architecture, landscape architecture, interiors, graphic and branding design practice. Dykers has led a number of the firm’s prominent international projects including the Alexandria Library in Egypt, the Norwegian National Opera and Ballet in Oslo, and the National September 11 Memorial Museum in New York City. Dykers’ work in Canada includes Snøhetta’s recently completed Ryerson University Student Learning Centre in Toronto; the Isabel Bader Centre for the Performing Arts at Queen’s University in Kingston, Ontario; Calgary’s New Central Library which is under construction; and Edge Effect, a garden installation at Jardins de Métis in Quebec. He is the fourth and final addition to the captivating Azure Trade Talks speaker series alongside Tom Dixon, Lee Broom and Ora ïto taking place on IDS16 Trade Day sponsored by Miele. Hear Dykers speak about his design philosophy on Friday January 22nd from 10:00 a.m. to 11:00 a.m.

Vancouver-based Omer Arbel is the creative director of Canadian manufacturing and design company Bocci. He explores the intrinsic mechanical, physical and chemical qualities of materials as fundamental departure points for his works. Arbel’s pieces have been exhibited at the Victoria and Albert Museum, Spazio Rossana Orlandi, Mallett, Monte Clark Gallery and Dimore Gallery. He is the recipient of the 2010 Ronald J. Thom Award for Early Design Achievement and the 2015 Royal Architectural Institute of Canada Allied Arts Medal.

Originally from Brampton, Ontario, Omar Gandhi relocated to Halifax, Nova Scotia. He founded his own design studio in 2010, which ultimately became a registered architectural practice in 2012 with the mission of providing accessible modern architecture made unique by client and landscape. Omar Gandhi Architect Inc. believe that good architecture does not need to be expensive, and that all buildings deserve to be thoughtful, healthy and elegant environments for their occupants. New for next year, Gandhi is proud to launch a brand new Toronto-based office in early 2016; stay tuned for more details at IDS16. In 2014, he was listed on Wallpaper Magazine’s Architects Directory which highlights the top 20 Young Architects in the World. In the same year he was also awarded the prestigious Canada Council for the Arts Professional Prix de Rome. Join Arbel and Gandhi’s West versus East debate during Globe Style Saturday, presented by The Globe and Mail, on January 23rd from 12:00 p.m. to 1:00 p.m.

Orlando Soria is a man of many hats – interior designer, writer and visual artist to name a few. Soria founded the interior design blog Hommemaker in 2010 as a website for men who like to make things and get creative, which sums up the multi-tasker nicely. In addition, Soria acts as the West Coast Creative Director for Homepolish in Los Angeles, a website that functions both as a design magazine and service site to connect customers with interior designers from across America. Not just a digital guru, Soria has also made his mark on television, and can be seen on the home makeover series “Secrets from a Stylist” on HGTV. Soria will close out the talks during Globe Style Saturday, taking to the stage on January 23rd from 4:00 p.m. to 5:00 p.m.