The Canadian Association of Heritage Professionals (CAHP) has announced the winners of its 2015 awards. 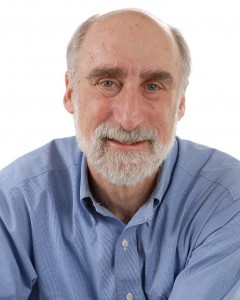 Harold Kalman is being presented with a Lifetime Achievement Award in recognition of his many and lasting contributions to heritage conservation over his forty years as a practitioner, teacher, writer and builder of the discipline. 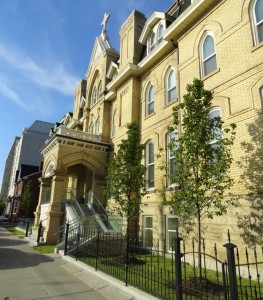 With a mandate for the continuing use of the Monastery as a residence and neighbourhood presence; the primary focus was to upgrade the residents’ communal and private spaces while integrating fire, life safety, barrier-free and engineering services into the neglected interior without damaging the remaining exterior and interior heritage features and ensuring the monastery would remain physically and economically viable far into the future. 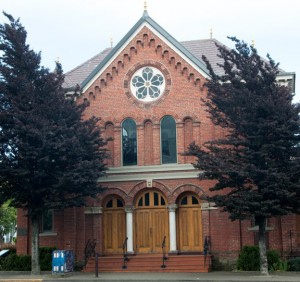 The Congregation Emanu-El was built in 1863 as a one and one-half storey brick Romanesque Style synagogue in Victoria, and is the oldest surviving synagogue in Canada, and a cherished heritage resource in the community of Victoria, British Columbia. Turning 152 years old in 2015, the historic house of worship has survived through the conservation efforts of its congregation. 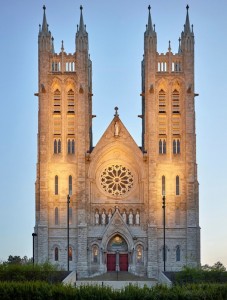 Basilica of Our Lady Immaculate, Guelph, ON, by Tacoma Engineers Inc.—Conservation Projects engineering—Award of Excellence

Basilica of Our Lady Immaculate is an impressive limestone structure constructed circa 1870 in the High Victorian Gothic Revival style. This Guelph landmark has been designated as a National Historic Site. Over the past 8 years, Tacoma Engineers, serving as Prime Consultant and Structural Engineer, has led a team of experts for the church’s multi-phase multi-year conservation program. Throughout the project, the church has remained in full operation. 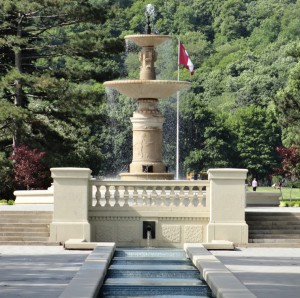 The restoration of the fountain exemplifies the importance of a Skilled Partner with exceptional skills in both heritage conservation and working within a municipal framework to assemble, orchestrate and contribute to a team of skilled heritage professionals. By restoring the fountain, an important piece of the historical fabric of the City of Hamilton has been saved. The fountain has reenergized Gage Park and it is once again a focal point for Hamilton residents to be proud. 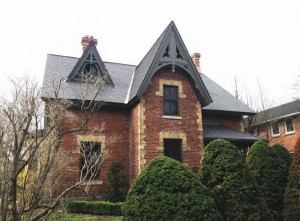 Following a major fire in March 2013, Barry Padolsky Associates Inc. Architects were engaged by the owners to be the architects for the reconstruction and restoration of the house. The house is located at 87 MacKay St. facing the Governor General’s Residence, within the historic neighbourhood of New Edinburgh in Ottawa. 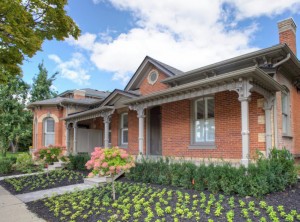 The conservation of this 1860s early Victorian cottage that is part of the larger Brant Avenue Conservation District consisted of both rehabilitation and restoration. The rehabilitation approach was based on the adaptation of the historic property for a continuing contemporary residential use while protecting its heritage value. 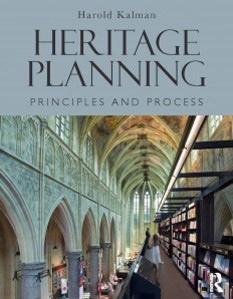 “Heritage Planning Principles and Process” is essential reading for anyone practicing or studying in the field of heritage conservation and historic preservation. It provides a comprehensive overview of heritage planning as an area of professional practice and addresses the context and principles of heritage planning, land-use law, planning practice, and international heritage doctrine, all set within the framework of larger societal issues such as sustainability and ethics. 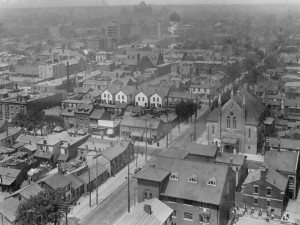 “The Ward: The Life and Loss of Toronto’s First Immigrant Neighbourhood” is a book that documents the area within Toronto known as St. John’s Ward or simply “The Ward,” which became a home to thousands of impoverished immigrants between the mid-1800s and the mid-1900s. The City considered it a slum and bulldozed the area in the late 1950s to make way for a new civic square.