London-based design practice Heatherwick Studio has unveiled designs for two new residential projects in Vancouver, which are set to be the studio’s first high-rise buildings in Canada. 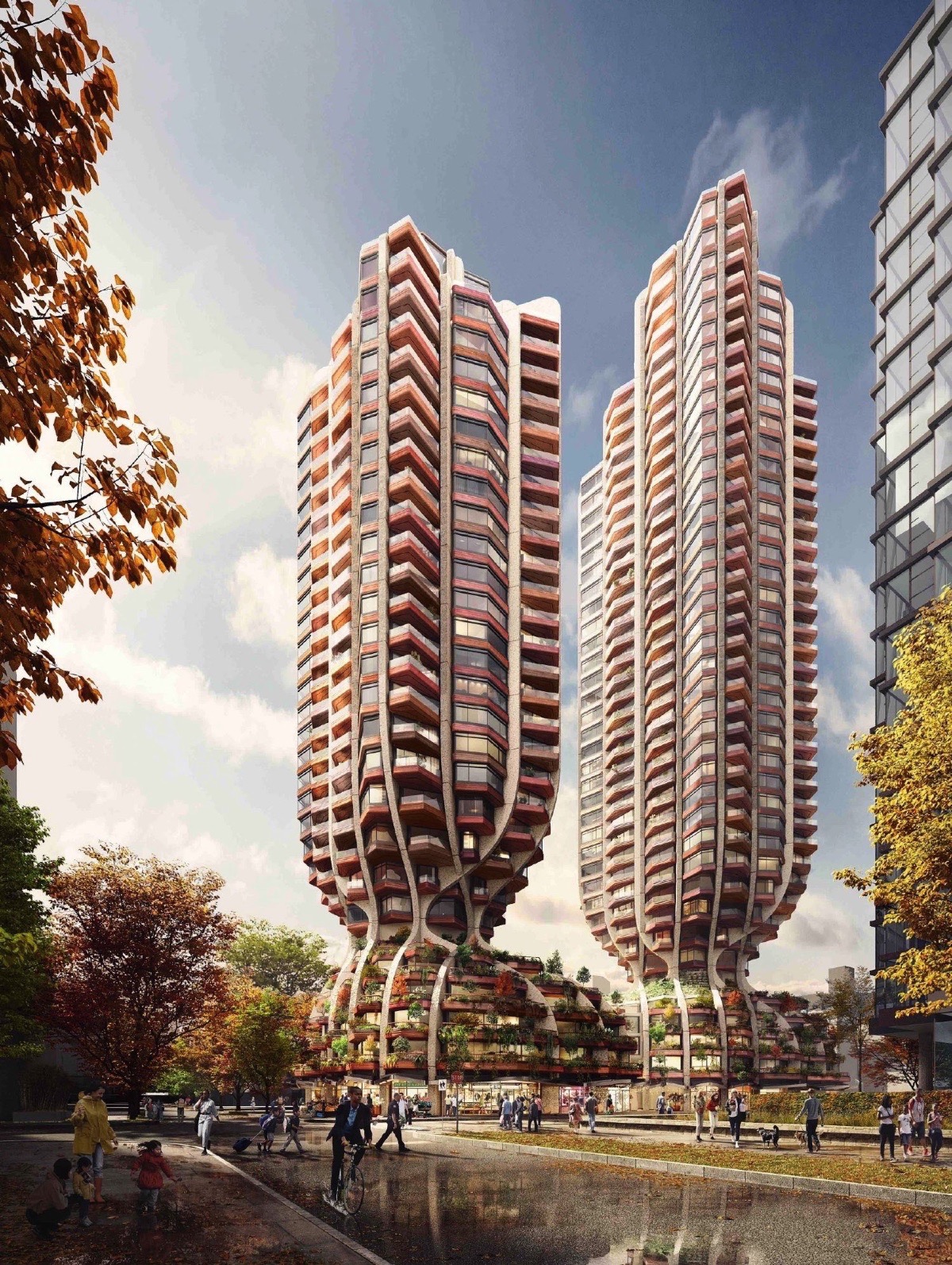 Commissioned by Bosa Properties and Kingswood Properties in partnership, the concept includes curvaceous, light-filled towers and a publicly-accessible ground level plaza for community engagement. The first six floors of the towers are narrowed like a ribbon form and the residential program is placed on the upper floors of the buildings.

The ground level will feature retail functions that will serve for the local and public community. The renderings reveal a  biophilic design with vertical strips made of wood that continue in a fluid form upwards.

According to proposal documents submitted to the City of Vancouver, the residential development comprises a 30-storey tower to the east and a 34-storey tower to the west, sitting over a five-storey podium. The proposal also includes 401 homes, a childcare facility and a parking space for over 500 bicycles.

Inspired by tree-like forms, the towers aspire to create a “new level of global design excellence” to the city.