This week, Développements Symphonia held the official groundbreaking ceremony kicking off construction of Symphonia POP, a real estate project featuring iconic modular architecture to be built on the southern tip of Nuns’ Island, representing a $100-million investment. More than 65% of the condos have been sold and the first units are expected to be delivered by 2021. 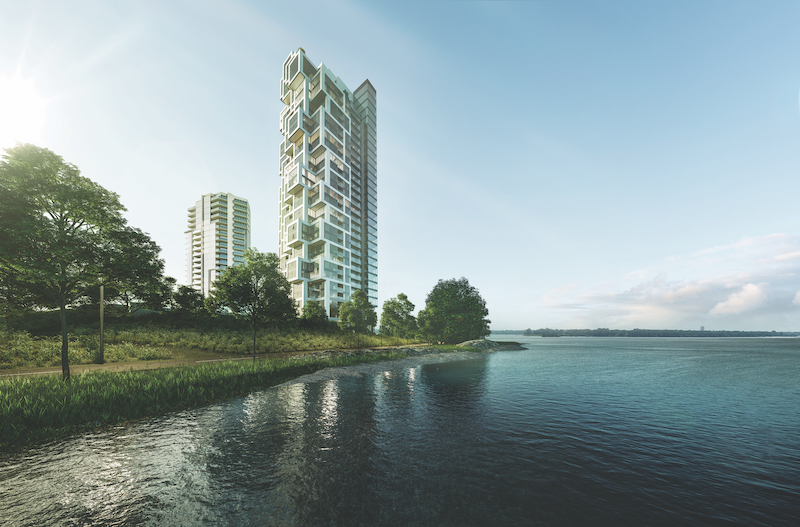 Its unique architecture—particularly its one-of-a-kind superimposed cubes, or “pops”—designed by Provencher_Roy, blends into a serene environment where the view is spectacular thanks to the breathtaking panorama of the St. Lawrence River, as well as the urban scene provided by the cityscape.

“We’ve given the project an innovative, modern and bright character that stands out like a lighthouse in the middle of the neighbourhood,” added Roch Cayouette, architect and partner at Provencher_Roy.

With the Mayor of the borough of Verdun, Jean-François Parenteau, in attendance, the developer reiterated the concept behind this signature project, which is part of Développements Symphonia’s strategic development plan for the southern tip of Nuns’ Island, an area that will be transformed by its improved road access and public transit network, including the new Champlain Bridge and the REM light-rail station.

“The project is a beacon for the renewal of the southern tip of Nuns’ Island,” said Kevin Robinson, General Manager of Développements Symphonia. “The tower will become an emblem for the borough and even for the city of Montréal. With its bold design and avant-garde look, Symphonia POP truly marks a turning point in the area’s modernization.” 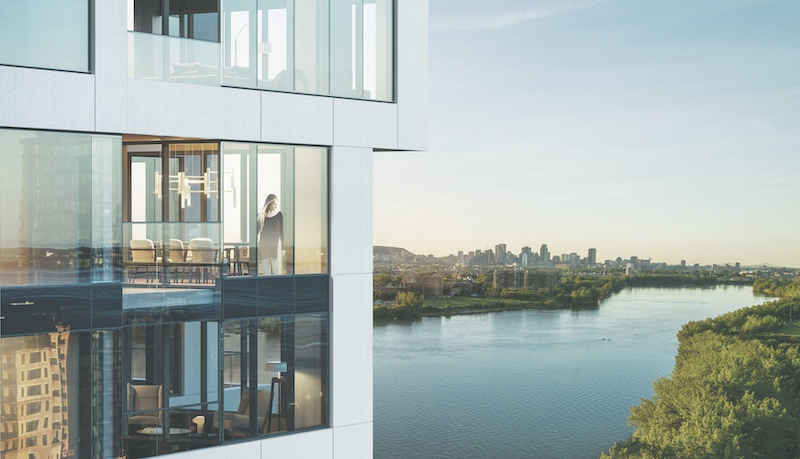 According to the Provencher_Roy website, “[t]he jutting out, in a random pattern, of the superimposed cubes, called ‘pops,’ evokes the outline of the city’s high-rises. As with the iconic Habitat 67, it is possible to configure two or three cubes over one or two floors to create a distinctive, modular apartment unit that responds to buyer needs.”

“We’ve given the project an innovative, modern and bright character that stands out like a lighthouse in the middle of the neighbourhood,” added Roch Cayouette, architect and partner at Provencher_Roy. 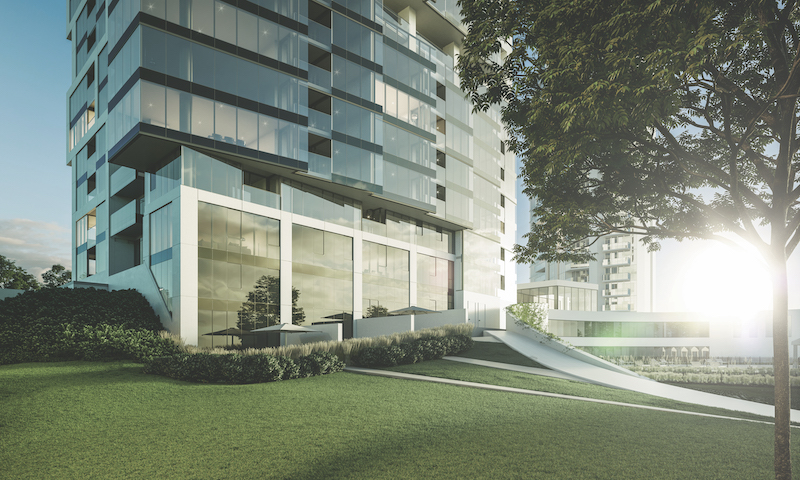 In addition to the growing number of restaurants and businesses on Nuns’ Island, residents will enjoy a living environment that is both ultra-modern and peaceful thanks to its state-of-the-art common spaces and many surrounding protected green spaces.