Architect George Baird has been named to the Order of Canada, among 69 new appointments announced by His Excellency the Right Honourable David Johnston, Governor General of Canada.

Recipients will be invited to accept their insignia at a ceremony to be held at a later date.

The Order of Canada, one of our country’s highest civilian honours, was established in 1967, during Canada’s centennial year, to recognize outstanding achievement, dedication to the community and service to the nation. Over the last 45 years, more than 6 000 people from all sectors of society have been invested into the Order.

The award cites George Baird for his contributions to architecture as a scholar, teacher, and practitioner.

George Baird is the former Dean (2004-2009) of the John H. Daniels Faculty of Architecture, Landscape, and Design, and is a partner in the Toronto-based architecture and urban design firm Baird Sampson Neuert Architects. Prior to becoming Dean at the University of Toronto, Baird was the G. Ware Travelstead Professor of Architecture at the Graduate School of Design, Harvard University. He has published and lectured widely throughout most parts of the world.

He is co-editor (with Charles Jencks) of Meaning in Architecture (1969), and (with Mark Lewis) of Queues Rendezvous, Riots (1995). He is author of Alvar Aalto (1969) and The Space of Appearance (1995). Most recently, his researches in architectural theory have focused on the question of the political and social status of urban public space, and on debates revolving around subject of “critical architecture”. In this regard, his much discussed essay: “Criticality and Its Discontents” was published in the Harvard Design Magazine in Fall 2004, and his subsequent text: “The Criticality Debate: Some Further Thoughts” appeared in September in T/A Magazine, Shanghai.

Baird’s consulting firm, Baird Sampson Neuert is the winner of numerous design awards, including Canadian Architect Magazine awards over many years, and Governor General’s Awards for Cloud Gardens Park in 1994 and Erindale Hall on the campus of the University of Toronto at Mississauga in 2006. Baird is a Fellow of the Royal Architectural Institute of Canada. He has been the recipient of the Toronto Arts Foundation’s Architecture and Design Award (1992) and the da Vinci Medal of the Ontario Association of Architects (2000). 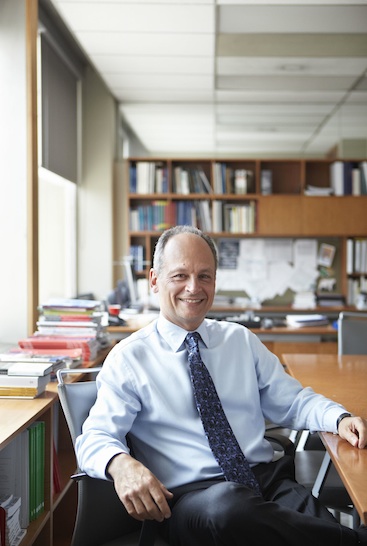 Geographer and current University of Toronto President Meric Gertler was also named to the Order of Canada. The honour cites his research in urban geography, notably for his influential studies of innovation, technology and development in cities.

Professor Gertler is internationally renowned as a distinguished scholar. His research focuses on the geography of innovative activity and the economies of city-regions. He has served as an advisor to local, regional and national governments in Canada, the United States and Europe, as well as to international agencies such as the Organisation for Economic Cooperation and Development (Paris) and the European Union. He was the founding co-director of the Program on Globalization and Regional Innovation Systems (PROGRIS) at the Munk School of Global Affairs, served as director of the Department of Geography’s Program in Planning, and holds the Goldring Chair in Canadian Studies.

His research has attracted $8.4 million in external funding and he has published seven books including Manufacturing Culture: the Institutional Geography of Industrial Practice, and Innovation and Social Learning, the latter co-edited with Professor David Wolfe.