Gearing up for this Friday’s Global Climate Strike

The Global Climate Strike kicked off a week of global action on September 20, with adults as well as school students across Canada—and around the world—taking to the streets to demand climate action.

Here’s what Canadian architects are doing.

Strikes in some cities occurred on September 20. In other cities, including Vancouver, Montreal and Toronto, the main strike event will take place on Friday, September 27.

The strike responds to teenage climate activist Greta Thunberg’s call to action for climate justice. “We understand that the climate crisis is the greatest challenge that we have ever faced, and we don’t have the time to wait for others to act,” states the website Climate Strike Canada, a network that unites students, young people, activists and allies for climate action. Thunberg, whose school strike began the movement, will be present at the strike in Montreal, which is expected to number in tens of thousands of people.

Students from Laurentian University’s McEwen School of Architecture walked out on September 20 and marched through the streets of Sudbury. 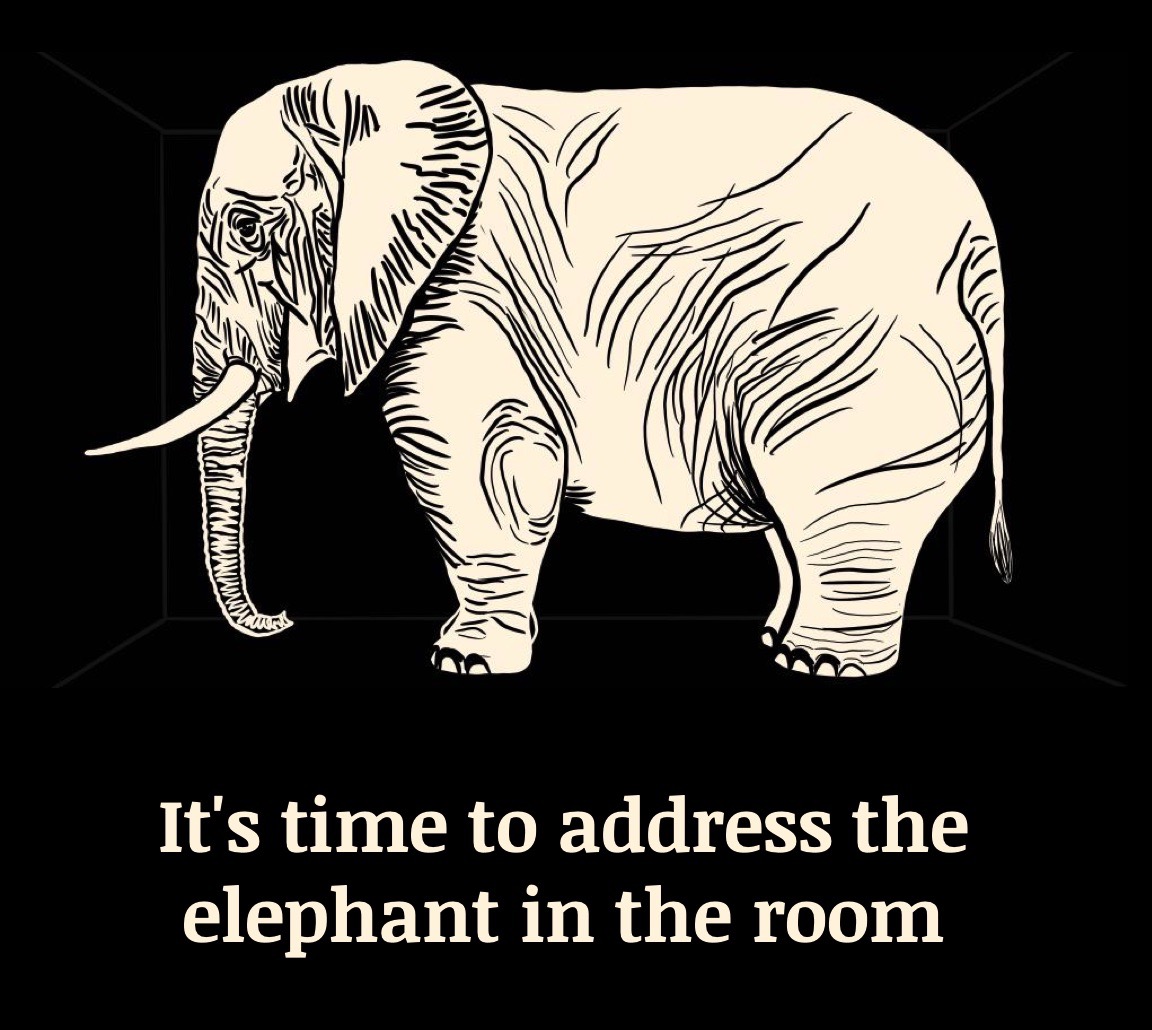 HCMA is participating in the strikes in Vancouver and Victoria, and is offering their employees paid time off to participate. They have designed a strike placard available for download here.

Perkins and Will’s Vancouver office has decided to cancel all meetings for the afternoons of September 20 and 27. “While the health and protection of our environment has—and always will be—one of the guiding principles within our studio, we also believe that participating in the strike is a personal choice and action,” says the firm in a press announcement. The Toronto office is similarly encouraging employees to avoid scheduling meetings on Friday, and to participate. The office is encouraging employees to take the opportunity to tell clients why they think that climate action and the strike are important.

In Montreal, Architectes sans frontières Québec is inviting AED sector professionals to participate as part of a group attending the strike on Friday September 27.

In the United States, over 300 architecture firms have signed a pledge to participate in the strike. “Whether you can join for two hours or 30 minutes, what counts is that you participate,” says the site Architects Advocate.

“The world’s youth have called on us adults to join them in a Global Climate Strike on September 20, coincident with a week of events surrounding the UN Climate Action Summit in New York,” writes Architects Advocate co-founded Tom Jacobs. “At Architects Advocate, we believe the demands of the striking youth are not only reasonable, but that they resonate with our professional interests and commitments.”

Some firms, such as CS&P, are opting for a combination of in-house education and strike action. CS&P says that on September 20, they will stop work early to strike hold a Climate and Global Climate Strike conversation at their office and encourage attendance of the OAA Film screening kick-off. On September 27, they will encourage and grant staff the ability to leave the office to attend the rally in Queen’s Park in Toronto. “CS&P is proud of its work with sustainable design and we are looking forward to participating in this global movement,” says Heather Smith of CS&P.

Thomson Architecture is attending the Climate Strike in Barrie, Ontario, and have also organized a Climate and Ecological justice film series at a local theatre.

Similarly, MJMA has plans for a week of climate action. On September 20, they are closing the office early to discuss the issuance of the Canadian Architects Declaration of Climate and Biodiversity Emergency, on September 24th, they will have a guest lecture by at the office, and on September 27, they will be participating in the climate strike and hosting a learning session on biophilic design. 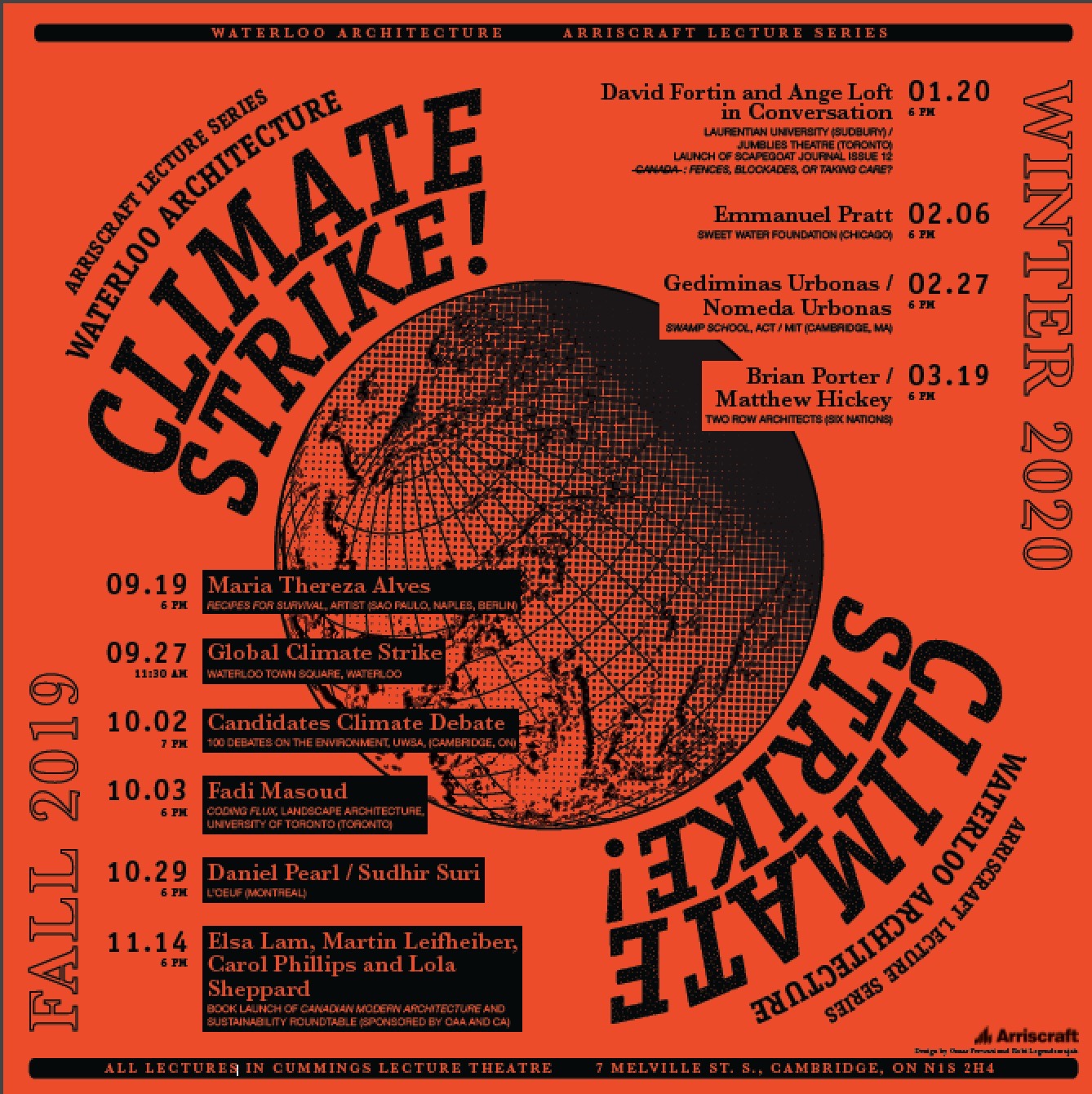 The University of Waterloo School of Architecture has put together is annual Arriscraft Lecture Series around the theme of Climate Strike. The Global Climate Strike itself is part of the agenda of events that they suggest for students to attend, as is a candidate’s climate debate, to be held at the school.

On September 20, the Ontario Association of Architect’s Sustainable Built Environment Committee (SBEC) is hosting a gathering at the OAA building at111 Moatfield Drive in Toronto. This casual meet-and-greet night will feature a screening of This Changes Everything—the Avi Lewis-directed documentary film based on Naomi Klein’s book, This Changes Everything: Capitalism vs. the Climate—along with snacks and refreshments in the OAA Headquarters, which was renovated to achieve zero net carbon. Doors open at 6:30 p.m. If you’re interested in attending, register here.

Ottawa Architecture Week, which runs from September 28 to October 8, is themed “Under Water: Weathering the New Normal” and is replete with events about architecture’s relationship to climate and the environment.

Over 50 Canadian architecture firms and organizations have signed a declaration of a climate emergency and commitment to action. Launched last Friday, the declaration urges architects and designers to raise awareness of the impact of the built environment on climate change and take immediate action through their projects and roles as advisors, advocates, educators, and enablers. 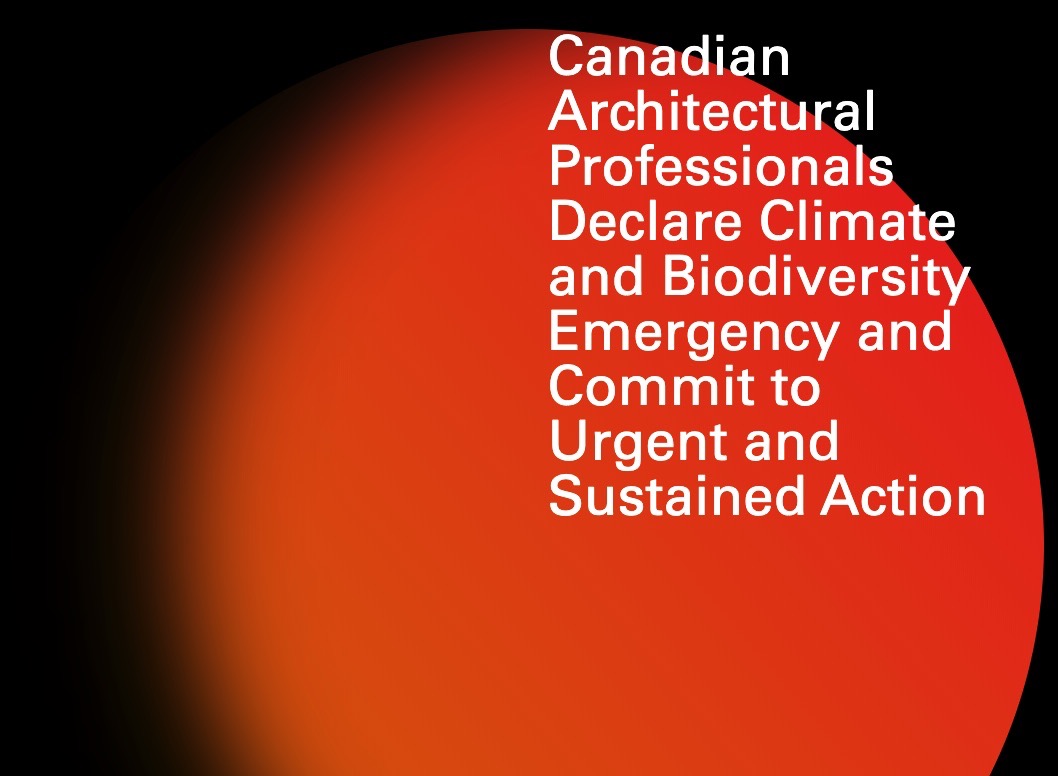 “Climate change is a reality and how we design our buildings has a huge impact on that,” says Mona Lemoine, MRAIC, chair of the RAIC’s Committee on Regenerative Environment and an architect based in Vancouver, BC. “We do have the capability to make changes with the knowledge, research, and technology that exists today. It’s an exciting time because we can make a difference.”

While reducing emissions—both in the buildings we produce and in the way AED offices are operated—is the best approach, carbon offsets are helpful for removing CO2 from the environment.

Toronto firms Solares Architecture and Sustainable. Architecture for a Healthy Planet. are offsetting their staff’s annual carbon emissions, through projects such as the restoration of marine kelp forests (organizations such as the Intrepid Foundation match donations, doubling their impact). The organization Gold Standard enables individuals to purchase carbon offsets and is recommended by the David Susuki Foundation.

Perkins and Will has operated as a carbon-neutral firm since 2007, and says that since 2008, they have reduced their footprint per full-time employee by 49 percent.

Offsets can be relatively affordable. According to World Bank estimates, Canadians produce a per capita average of 2 tonnes a month of CO2 emissions—making us the 9th highest per capita emitter of greenhouse gases globally. Offsets with Gold Standard start as $11 USD/tonne—or $264 per Canadian per year—and support projects ranging from solar cooking for refugee families to wind power generation.

Canada’s Bullfrog Power allows individuals and businesses to offset their electricity use with green energy, their natural gas with climate-friendly gas captured from decaying organic waste, and their fuel use with biodiesel from repurposed waste streams. For a small business, an offset package starts at $37.50 per month.

The most powerful thing that architects can do is in the work that they produce: to move rapidly towards a lower-emission built environment, both in operational and embodied carbon emissions.

Here is a roundup of articles on the climate crisis and Canadian architecture to prepare and inspire you—whether you are gearing up to participate in the Global Climate Strike or supporting climate action in other ways.

Does your architectural office, organization, or school have plans for the Global Climate Strike and Global Climate Action week? Write to [email protected], and we’ll add the information to this post.