Frank Gehry: “You don’t see what’s going on, until all of a sudden, there it is.”

In an exclusive interview with Canadian Architect, architect Frank Gehry opines on the explosion of growth in downtown Toronto—including his own 73- and 84-storey Forma towers. 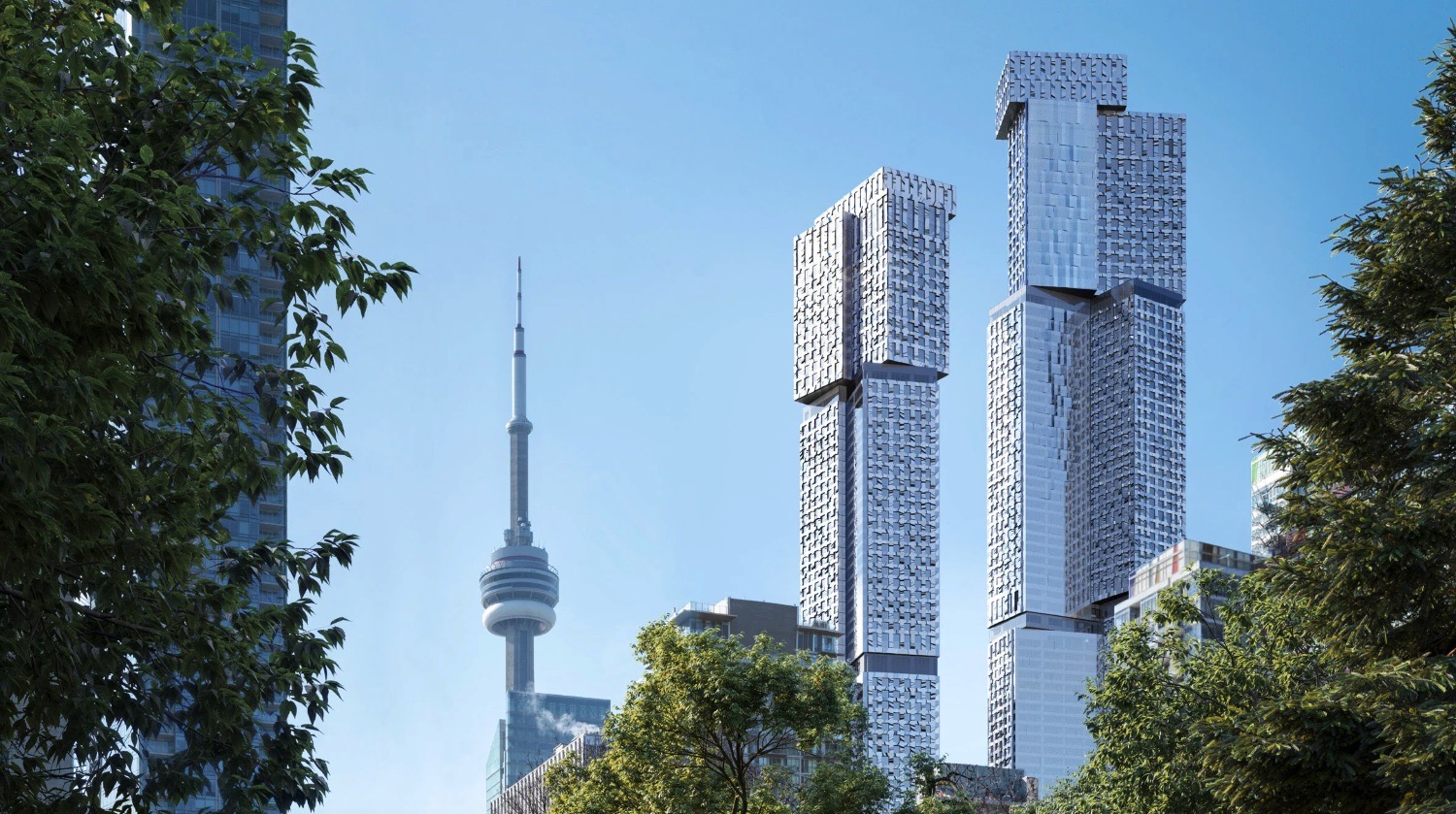 In late June, we sat down with Canadian-born, L.A.-based architect Frank Gehry. Gehry was back in his hometown, Toronto, for the launch of Forma, a pair of 73- and 84-storey towers in the downtown Entertainment District, clad with stainless steel panels.

Despite the fanfare surrounding the launch, Gehry was ambiguous about the idea of super-tall buildings downtown. He’d prefer to see downtown Toronto developed less intensively—but since the floodgates have been opened, he offers Forma as a high-quality, artistically conceived alternative to the norm.

Canadian Architect: I was hoping to talk a little bit about architecture in general, to give context to this project….

Frank Gehry: When we’re doing it, and when we’re in the soup, you don’t realize how good or bad it is. You’re too focused on temporal issues that are right there, without thinking a lot about what you’re leaving. It’s different.

[The Forma towers are] only one piece, it’s not the whole city. The city has gone ahead and done a bunch of stuff that most of us never expected. Some of it’s not good.

CA: When the renderings first came out for this, nine years ago, the big talk was about how this was extremely tall for Toronto. Now, there’s several towers that are similar in height, and lots more on the boards.

FG: And so, if we could have gotten together and talked about it, we could have done a better job. Instead of everybody going their own way. But that’s democracy.

FG: My DNA is Canadian, and I think my—whatever it is, my modesty or false modesty—comes from being Canadian. Americans go out and blow their horns. I think that’s Canadian, that you don’t blow your horn as much, right? Am I right? I don’t know if that’s how it is now, but that’s where I came from and that’s where I feel comfortable. I’m proud to be part of that feeling. 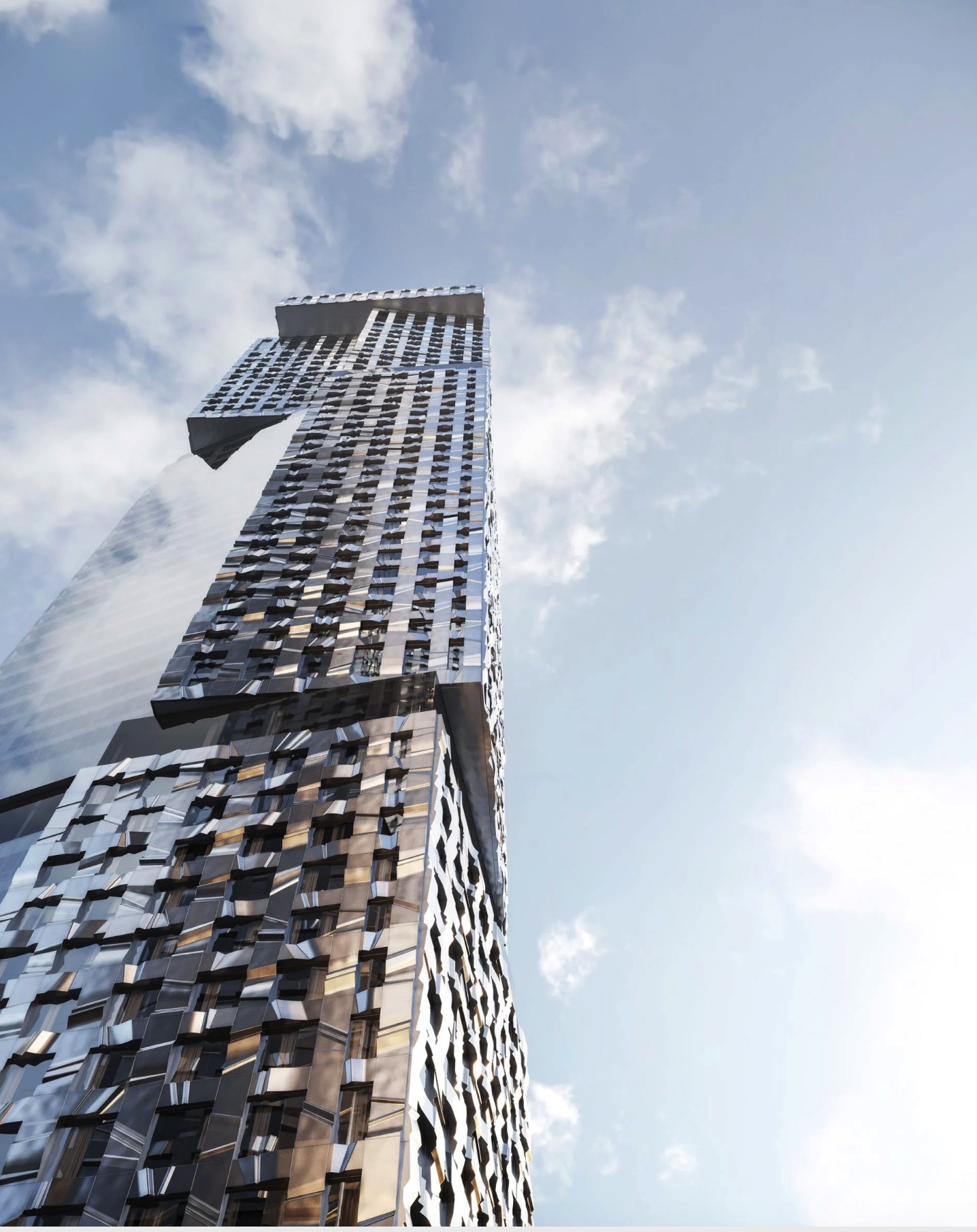 CA: When I think about your career, you’ve gone from a rebel architect, when you were designing your own house from scrapyard pieces, to…

FG: In my mind, it’s all logical. I went to a factory that made chainlink in L.A., and in one hour, they made enough chainlink to cover one lane of the Santa Monica freeway from downtown to the ocean. Why was I interested in chainlink? Because it was a material that was ubiquitous, everybody used it, it was everywhere. Everybody’s yard had one. I said, if you’re going to use it, let’s see, can we make it better? It’s like fabric, it takes the light in a beautiful way. If you hang it, it shimmers. There’s all kinds of things you can do with chainlink to make it better. But when I used it, people said, “why are you using that crappy material?” So I turned to them and said, “why are you using it?” And the same with corrugated metal. Those were available very inexpensively, so I used them, and got in a way to like them, I used them so much.

The guy next door to me came to my house one day and said, “how dare you do this to my neighbourhood!” So I pointed to his house, and said, “you got two trailers in the backyard, and you got a chainlink fence—I was just being inspired by you.” But he didn’t see it that way. So that’s the disconnect.

I think a lot of that’s the same here—you don’t see what’s going on, until all of a sudden, there it is. 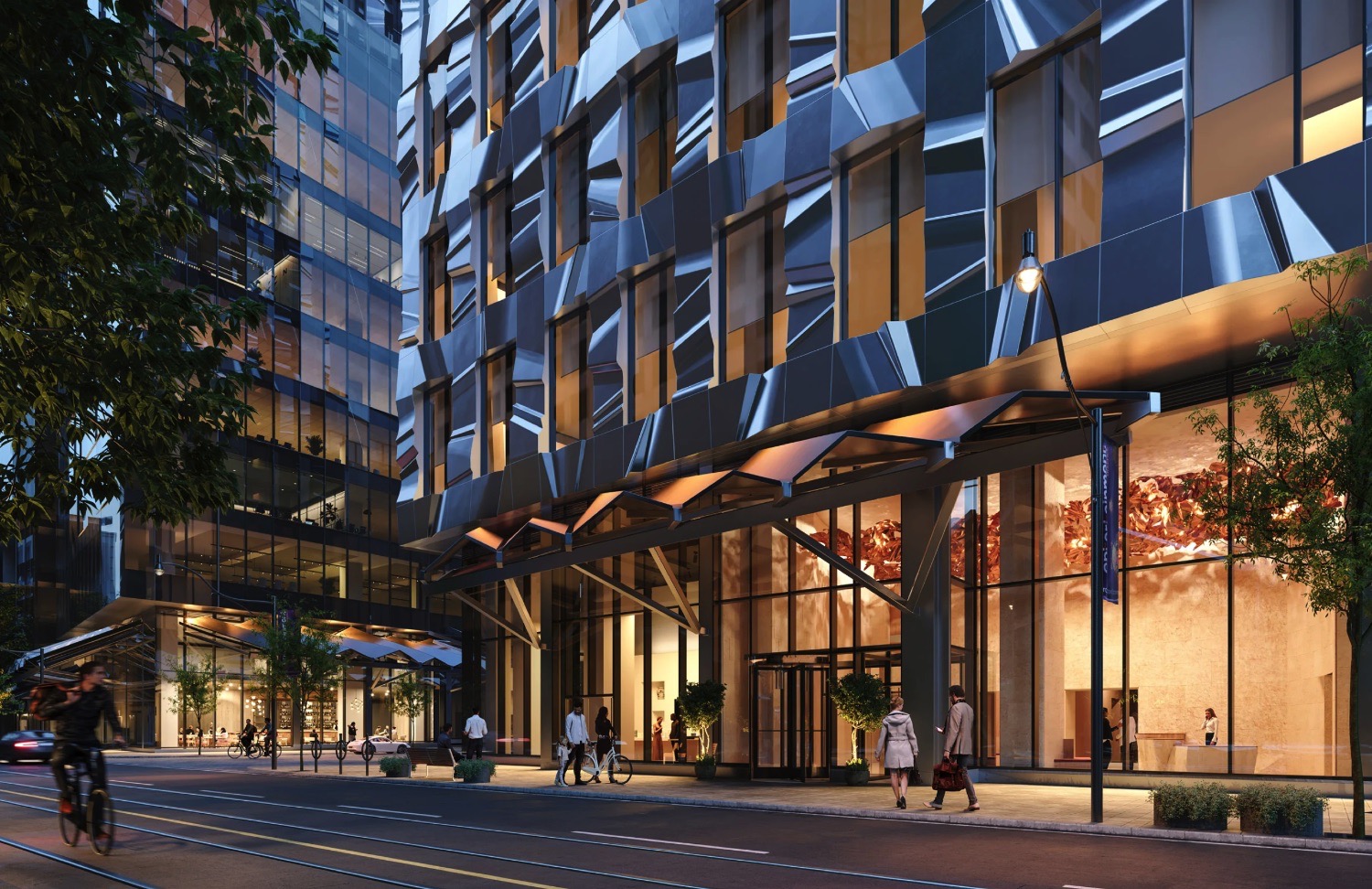 EL: Given this context, I’m wondering if you can talk a little about what the future is from your vantage point now.

FG: There’s always a demand for places to live, places to work, all over the world. Then politics comes into it. It’s different in Finland and Sweden; Scandinavian countries, their political approach makes for different kinds of cities, makes different kinds of environments. Toronto is a little bit of that—for me, that’s the nice part, the modesty part, the “don’t look at me, we’re making things.” That sounds like a frail comment in the context of two of the biggest towers in Toronto. So there are these inconsistencies in how we feel and what we do.

If I had my druthers, I wouldn’t be doing buildings like this here, I would have thought of it much differently in scale. But if you look from the freeway coming in, you’ve already opened the door to stuff that you’re going to be living with for a long time. Over time, you rationalize why it’s there, and what it looks like, and it’ll become the historic neighbourhood in 50 years. Compared to what happens after, it’s going to look modest and tame.

SSHRC grants $2.5M to a partnership on Quality in the Built Environment